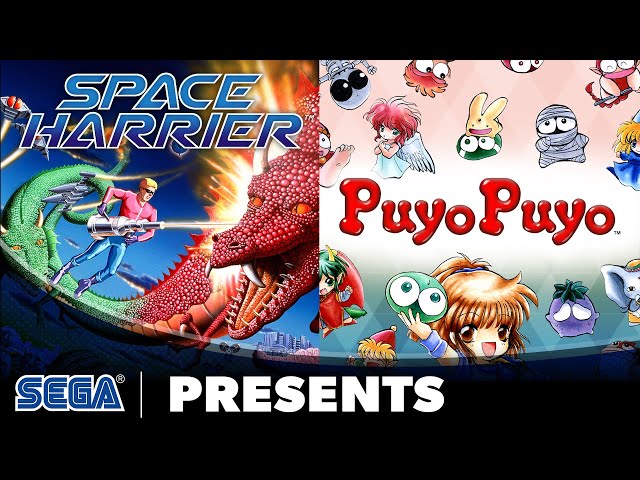 Sega has announced that Space Harrier and Puyo Puyo are now added to the SEGA AGES lineup on the Nintendo Switch. SEGA AGES is a series of popular SEGA titles releasing on the Switch to continue the legacy of SEGA titles we still can’t get enough of.

The games are developed by M2, a popular Japanese developer that successfully ported SEGA titles for the Nintendo 3DS.

Puyo Puyo will test your skills and patience in a challenging puzzle arcade game that requires you to line-up four coloured blocks before they reach the top of your playfield. Puyo Puyo still rates as a top puzzle game by today’s standards and the voices in the game are hilarious.

Space Harrier is a fun third-person rail shooter with impressive pseudo-3D graphics and music and sound effects to fall in love with. The game – judging by the title screen – is the 1985 arcade release version and includes challenging levels involving weird-looking creatures that you the character, Space Harrier, need to take on and defeat to protect the Land of the Dragons.

They retail for $7.99 (In the US) or check your eShop for local prices.

These games will get you right in the nostalgia!