If you could relive one day with the knowledge you have now, do you think you could make any meaningful changes?  Omensight tasks you with doing just that, along with saving the world.  You do so by reliving the same day over and over, using the information you gather with each repetition to influence the future.  That might sound a bit boring, but by combining this mechanic with an interesting murder mystery set within a fantastical world, Omensight manages to be surprisingly refreshing. 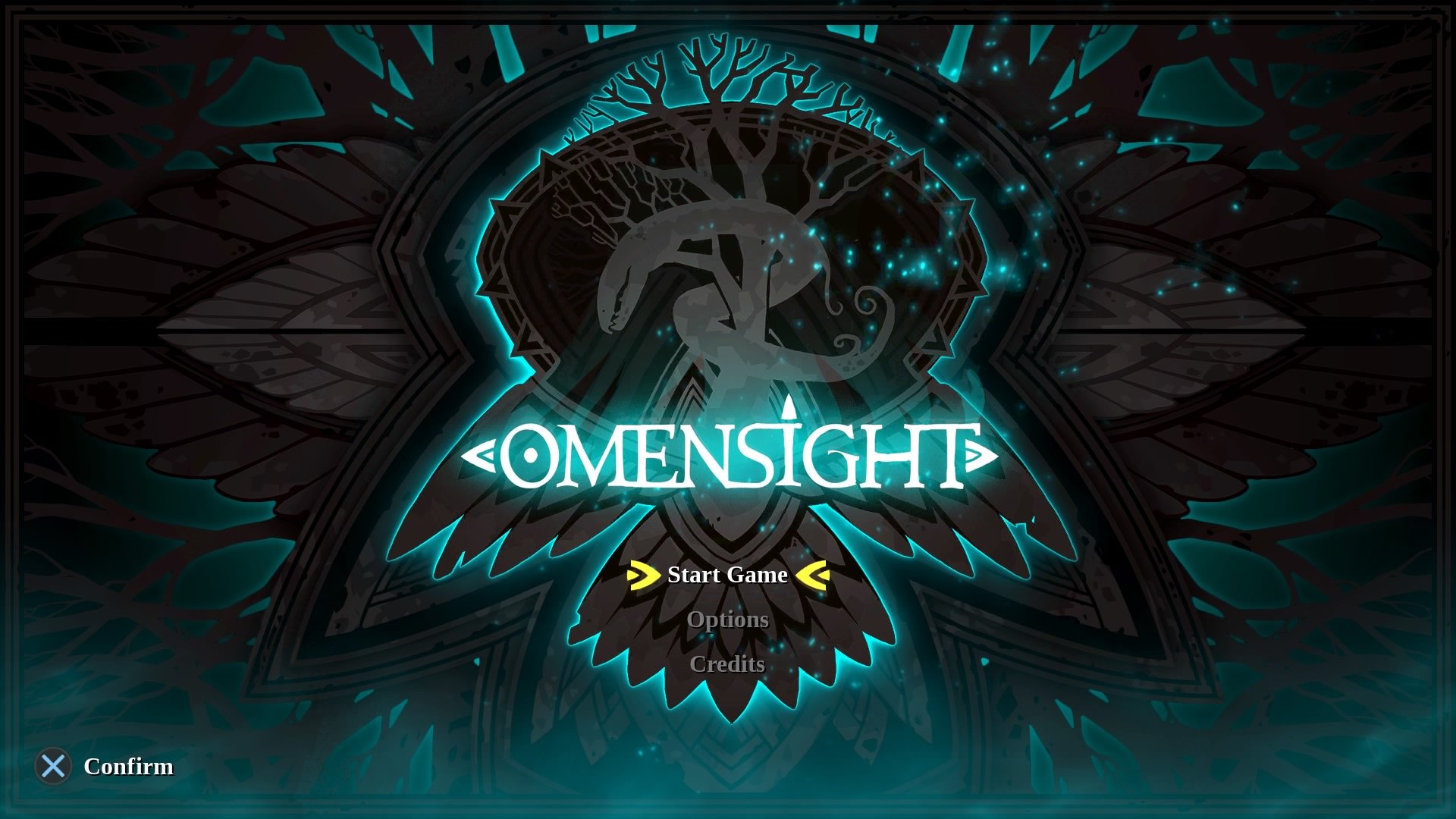 Back to the Future

Set in the war-torn world of Urralia, you play as the Harbinger.  The land of Urralia sits on the brink of total destruction, mainly by the hands of its own citizens.  A civil war has erupted between the different tribes that occupy the land, as one emperor attempts to conquer the territory and rule its people.  In the end, only the rebellious Rodentian resistance remains.  The dreary effects of the war are made that much worse when a beloved priestess is murdered. 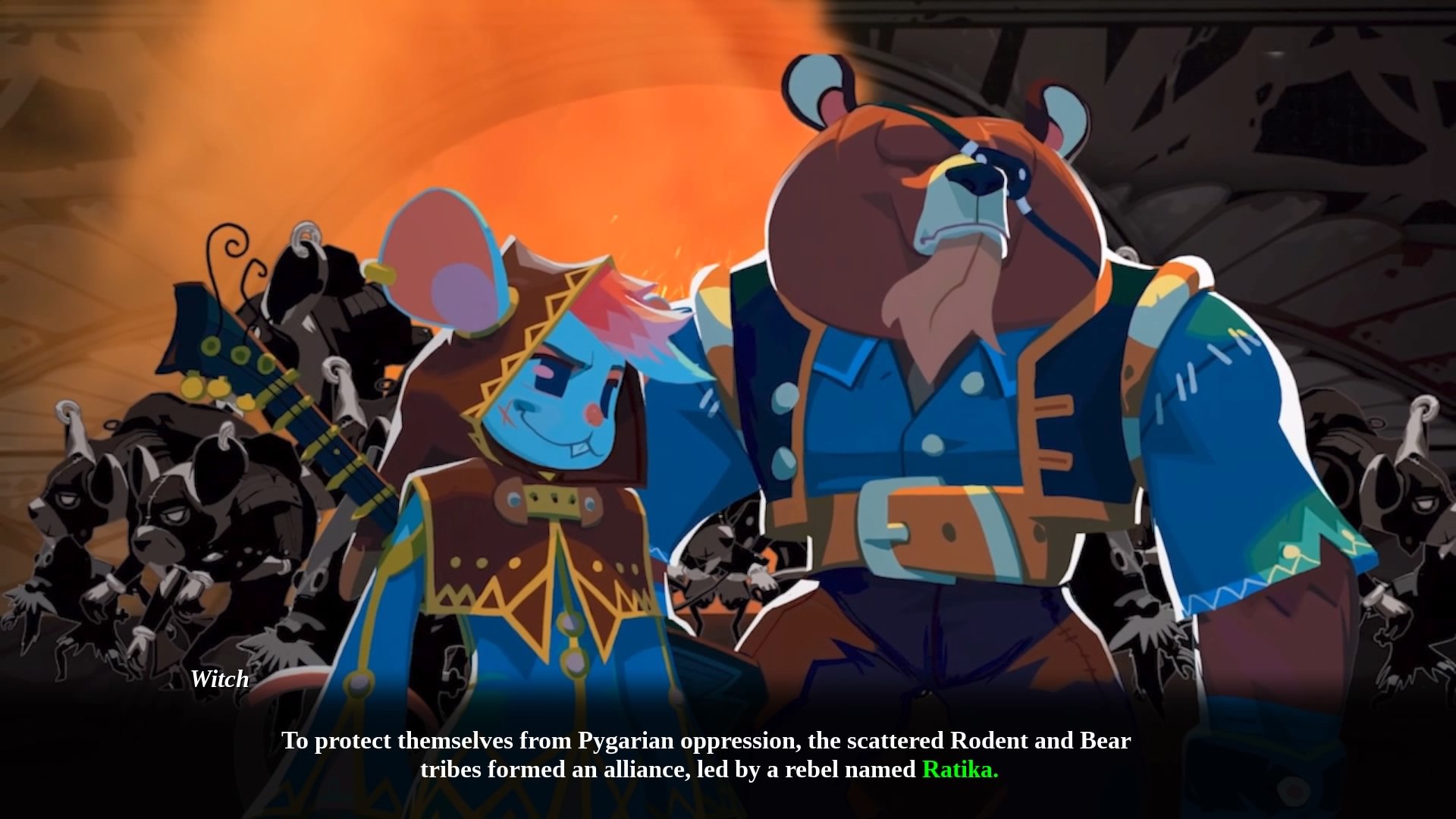 That’s where you, the Harbinger, enters.  The Harbinger has no sides in this war, and the silent protagonist is simply there to prevent the end of the world.  That apocalypse is triggered by the arrival of a giant serpent named Voden.  As you quickly find out, the serpent’s appearance is assured at the end of the day.  Solving the murder of the priestess seems to be an important factor in preventing the end of times, so it quickly becomes your top priority.  Luckily, the Harbinger possesses one unique ability; the power to travel back in time.  When important characters die in from of the Harbinger, she forms a bond with them.  This allows her to travel back to the start of the day and accompany them, affecting the outcome of events and gaining information.

For the most part, the narrative is pretty functional, with the standout aspect being the time travel mechanic.  It’s not simply the idea of traveling back in time that’s appealing, but rather creating different timelines and realities as you interact with the world and change the course of events.

Turning the Tides of Time

The meat of the gameplay is standard hack-and-slash action, with a bit of leveling up and unlockable abilities sprinkled in.  To be honest, the combat is pretty basic, but I still found it enjoyable for several hours before it grew stale.  There are the expected light and heavy attacks, and depending on who you are accompanying on a given day, there are also special partner attacks you can use. 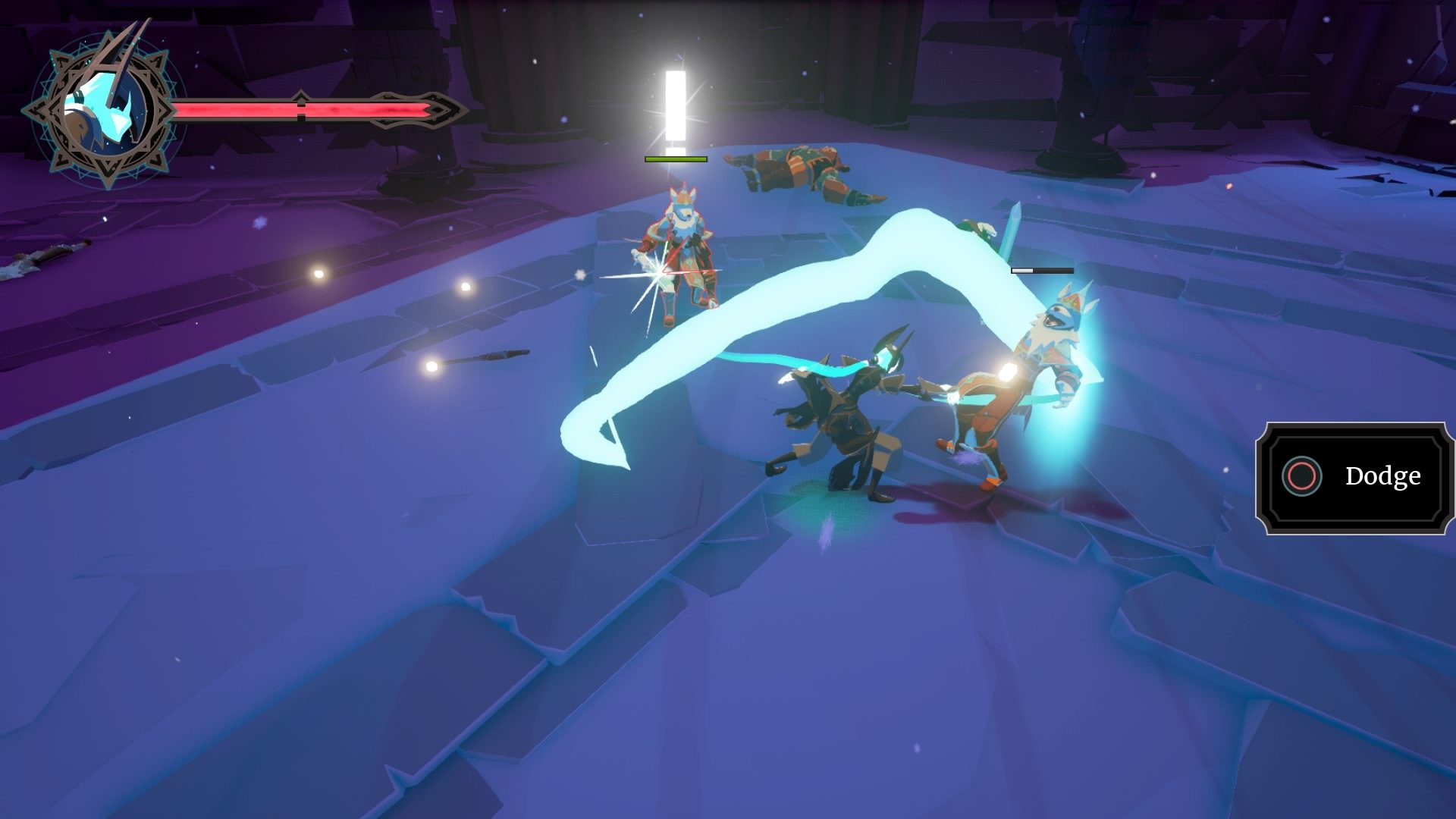 Combat encounters start off simply enough, but as the game progresses, some fights can be pretty hectic.  Enemies attack often and in multiples, so you’ll have to get pretty familiar with the dodge button.  As you find hidden chests and defeat enemies, you’ll collect experience as well as gems.  In between days, you can bank this experience towards leveling up, which usually views you a new combat ability with each new level gained.  Gems can be used to upgrade existing abilities by extending their duration, lowering cool downs, and making them more powerful. 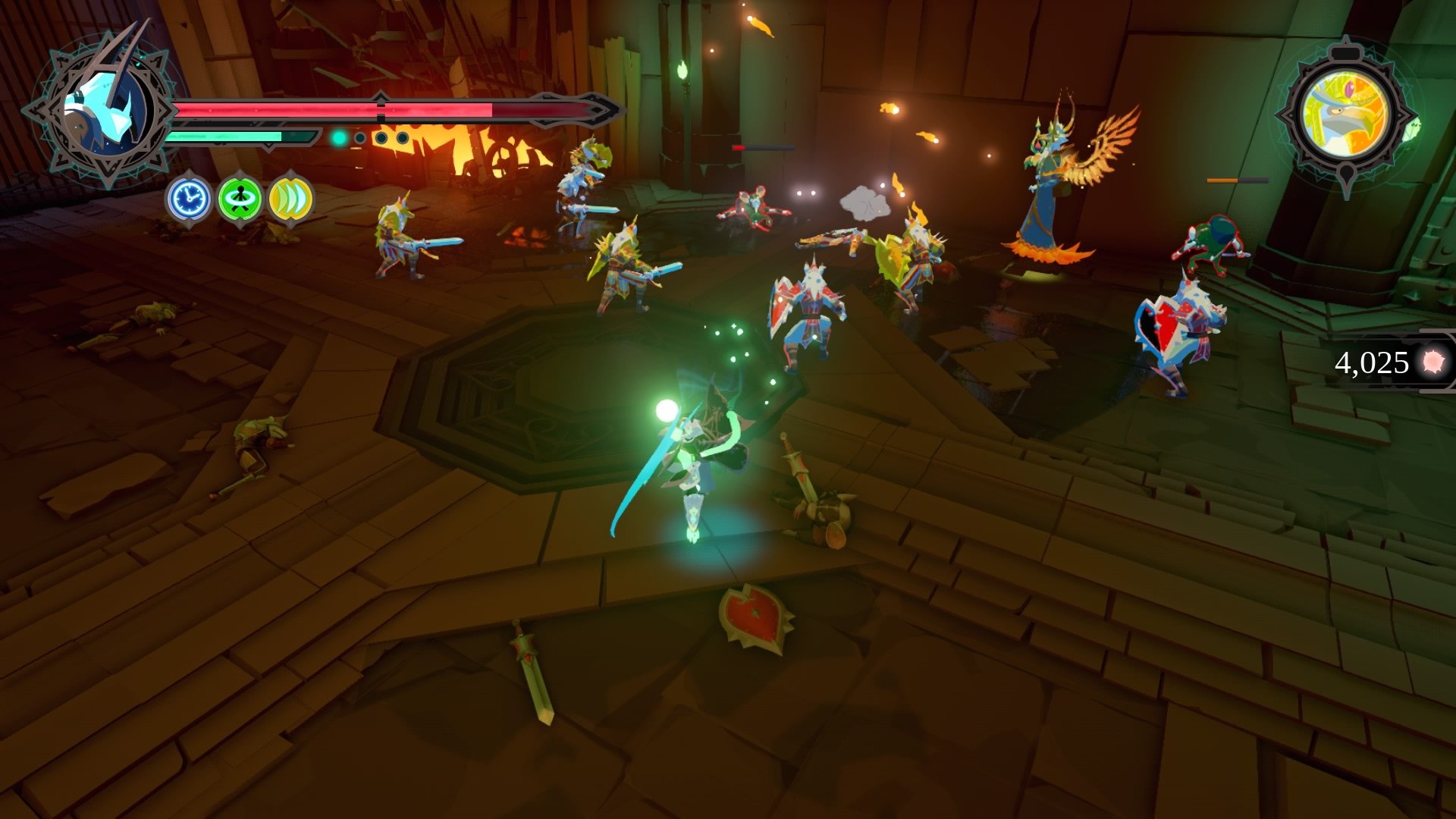 What makes Omensight genuinely interesting is the loop in which the gameplay is wrapped.  Your overall objective is to solve the murder of the priestess, and to do that you need information.  You’ll play through a day alongside one of five characters, learning information as you go.  Some of that information might allow you to access new areas, or influence characters to follow other paths that might not have without your guidance.  This means that as you progress through the game, the timeline becomes radically different as new information opens up new opportunities.  There’s a sort of Metroidvania feeling to the progression which I enjoyed quite a bit.  As you play through one level, you might notice a locked door that can’t be accessed, making a mental note of it.  Further down the line you might find a universal way of unlocking those doors, which might lead to a hidden treasure chest or completely change the path of the story going forward.  You never know until you explore your options, giving Omensight a nice feeling of discovery to the player.

The information you gain is also collected and displayed, available to check between days.  This is handy for deciding on your next move, as well as giving yourself an overview on the clues and story you’ve uncovered.

The Bottom Line on Omensight

The ultra stylized visual nature of Omensight immediately lends it some merit, as its visuals harken back to classics like The Legend of Zelda: Wind Waker.  Although some enemy designs lack imagination, the overall quality of the presentation and art direction is commendable.  Along with some truly stunning vistas, Omensight offers an interesting time travel mechanic that adds weight to its story and influences gameplay.  It performs well, running at a smooth framerate and only having issues when combat gets exceptionally hectic.

The biggest issue with Omensight is its repetitive nature, and although you won’t have to watch the same cutscenes or dialogue over and over (Omensight makes sure you aren’t replaying meaningless content), you will have to fight through similar areas and conquer the same foes more than a few times.  The levels are expansive, and despite its apparent linear nature, the game feels open and ripe for exploration.  The gameplay loop is rewarding and constantly beckons for you to play another day, but you’ll eventually grow tired of the somewhat basic combat.  Although the third act overstays its welcome a bit, I was pleasantly surprised with Omensight, and my expectations were quickly shattered.  It might not have the most robust combat system or the most interesting story ever told, but Omensight is a quality action title with more merit than most.  At the bargain price point, I can easily recommend this game to fans of the hack-and-slash genre, as well as those who like the feeling of exploration-heavy games like Metroid.