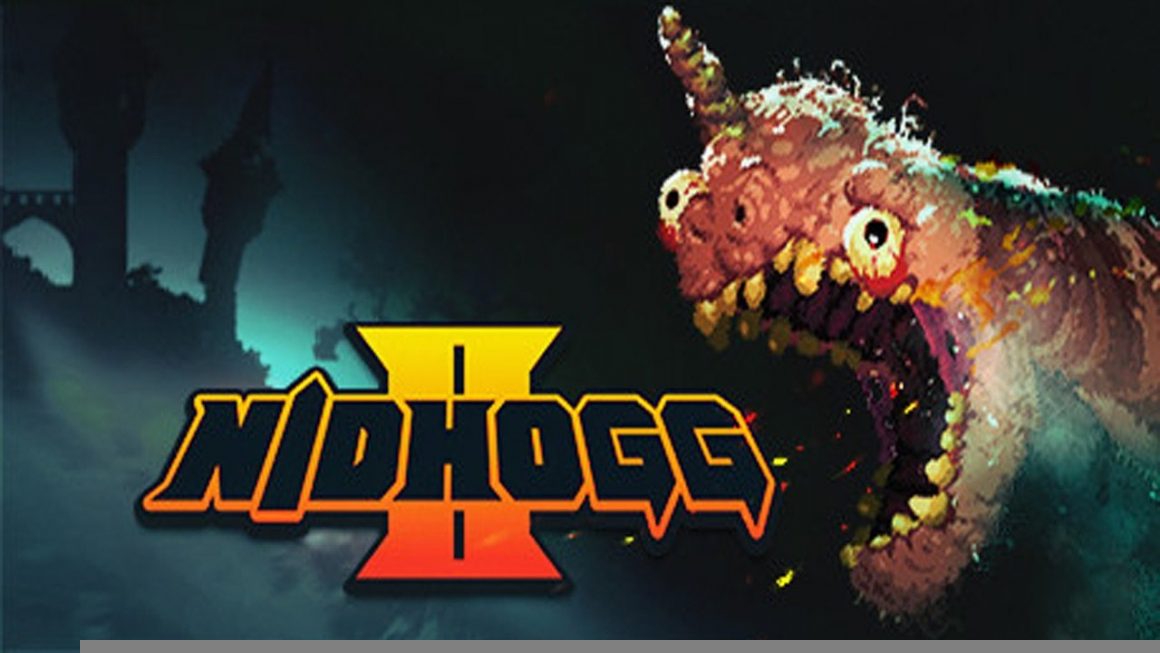 Since the dawn of online gaming, co-op titles have been an experience that can be shared at any distance. At one point in time, however, cooperative play was relegated to the same lumpy couch, within arms reach of your companion. One of the many benefits of such proximity was that an outstretched palm could easily find its way to the upside of your partner’s head when they finally beat you in a lip-biting, insult-rich grudge match. Couch co-op, as it is affectionately called, is one style of gaming that isn’t quite as popular as it once was. Like my example above details, there was a time where that was the only way to perform co-op experiences; a time that has since passed, but the impact of which is still seen in many games today. Because of this, there’s a healthy dose of nostalgia that comes with the thrill of victory in a game like Nidhogg 2.

Nidhogg is a very simple fighting game, but one that forgoes the traditional mechanics of something such as Mortal Kombat. The original Nidhogg had you play as a very basic pixelated sprite clad in dayglo colors wielding a thin rapier. The weapon could be held in a high, middle, or low position, and in moments of desperation, thrown. Nidhogg 2 builds upon that experience with a much richer color palette, and a variety of weapons with which to kill your friends. This twitchy little indie outfit is a fast-paced race to see who can get devoured by the titular creature that gnaws at the roots of the world tree Ygdrassil in Viking lore. The victor is granted a swift and honorable death by acting as an appetizer for a drooling, crosseyed worm. If this sounds absolutely insane to you, it’s because it is. Nidhogg is a game best described as squishy. Everything is rendered in a macabre detail, but with cartoonish presentation so as to ostensibly dampen the shock. For example, one of the many levels has you swashbuckling your way through the bowels of another Nidhogg sized worm, complete with internal anatomy of bones, muscle, and flesh. Disgusting, sure, but hard to notice when your friend or a AI controlled muppet is jump kicking your dagger from your hand and hellbent on manually dispatching your head from your shoulders. 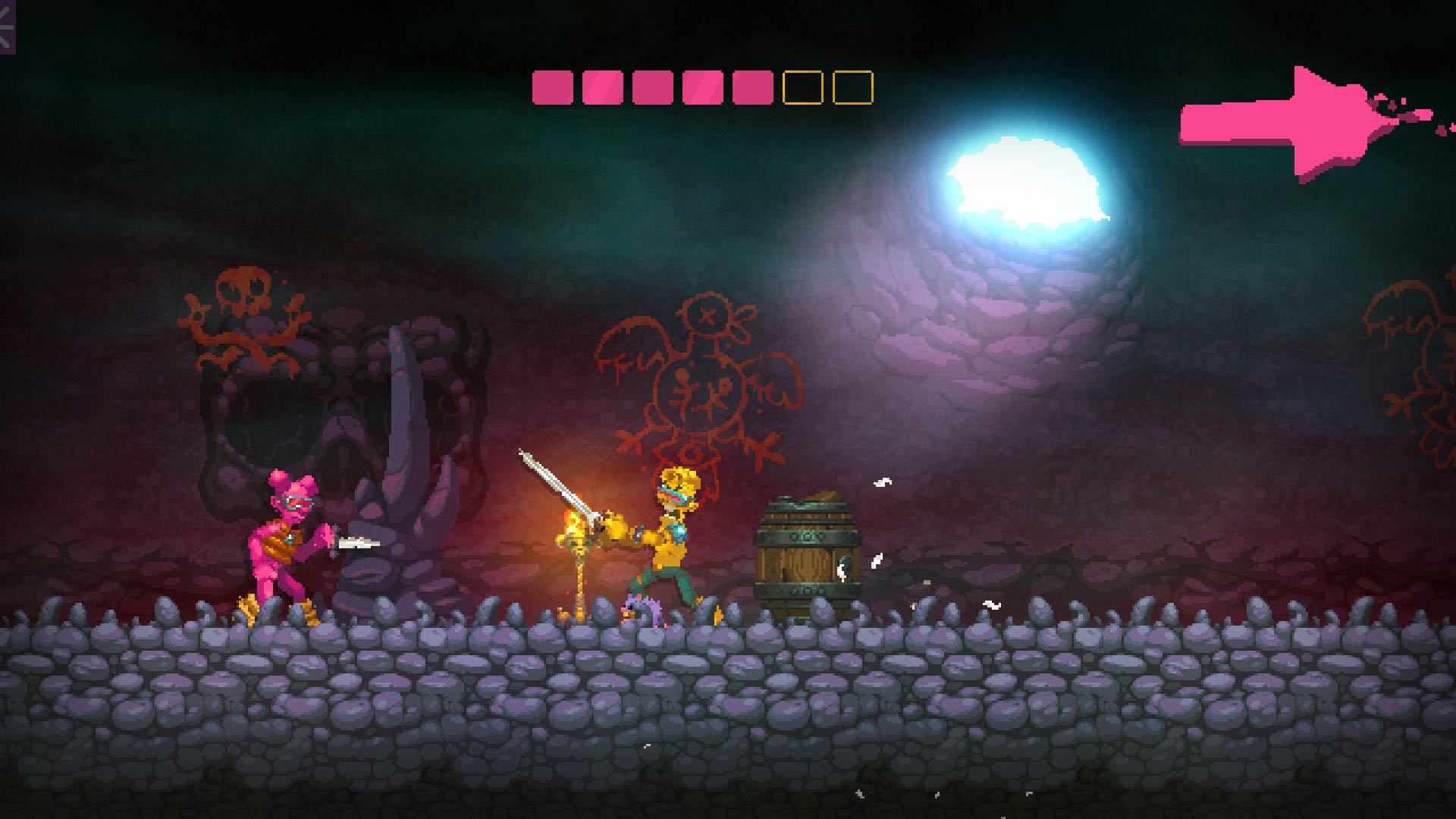 Don’t let any of this scare you away, however. Nidhogg is a game of simple fun along the lines of Stick Fighter or Duck Game. It’s a great little party game where you and your friends can battle for supremacy. If you die, no big deal! You’ll be respawned along the linear path, sure to return the ass kicking you just received. Using either the classic rapier, a broadsword, a small dagger, or a bow and arrow, your goal is to dispatch the obstacle in your way (your friend, or AI), and hurry to the next screen to your right (or left depending on where you start). Once you traverse enough of the rich environments, you greet the god of death with a flourish as you belly flop into the gaping maw of Nidhogg. Rinse and repeat.

Another great factor to Nidhogg 2 is the soundtrack. The original game had a really great set of tunes, and the devs definitely took this second round seriously as well. With a crunchy electronic lineup of artists like Mux Mool, Geotic, Doseone, Osborn, and Daedalus, the loop of Nidhogg 2 becomes a molten mess of synths and death. This is one of few games to which I’ve actually made an effort to secure the soundtrack.

Nidhogg 2 is a solid choice if you’re looking to beat your friends in a classic couch co-op romp to pay them back for being so good at more technical fancy-pants fighters. It’s a nice dip into the old school spring of nostalgia without a ton of controls to bog down the experience. Ignore the gore and jump eagerly into the serpent’s mouth, as it were.

Nidhogg 2 is available on PlayStation 4, PC, Mac and was recently released on the Xbox One.