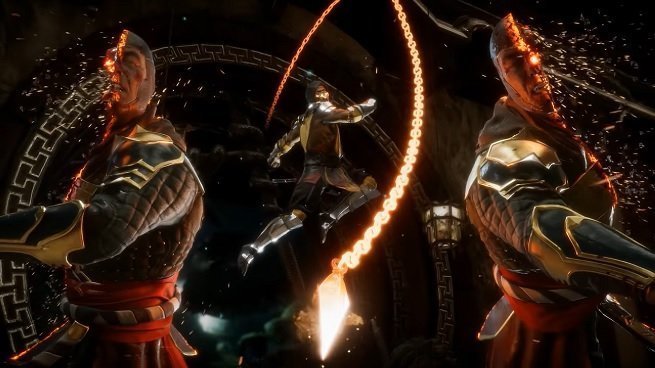 Mortal Kombat 11 had a massive reveal event this afternoon, and during all of the commotion, an incredibly violent new Fatalities trailer was revealed. This new trailer is about one minute of pure freaking carnage, and we can’t stress this enough: If you’re squeamish or don’t like to see gore, you do not want to watch the Mortal Kombat 11 Fatalities Trailer below.

Seriously, consider this your last warning. The Mortal Kombat series has always been known for its over-the-top presentation of violence, brutality, and gore, and the fatalities in Mortal Kombat 11 look to be more violent than ever. If that’s music to your ears, then enjoy:

Yeah, things are going to get really messy, really fast. We have to give the folks at NetherRealm Studios credit. You’d think that there’s only so many ways you can chop a man up or rip someone’s spin out of their body, but these fatalities just keep getting more creative.

Mortal Kombat 11 is scheduled to launch on the PlayStation 4, Xbox One, Nintendo Switch, and PC on April 23. Anyone who pre-orders the game will unlock Shao Kahn as a bonus character. If you’re dying to go hands on, NetherRealm also announced that everyone who pre-orders Mortal Kombat 11 will have access to the closed beta, which kicks off on PlayStation 4 and Xbox One on March 28.

So what do you think of the new Mortal Kombat fatalities? Did they exceed your expectations based one what you saw in Mortal Kombat X, or was this more tame than you expected? Let us know in the comments below, or chime in on Facebook or Twitter!