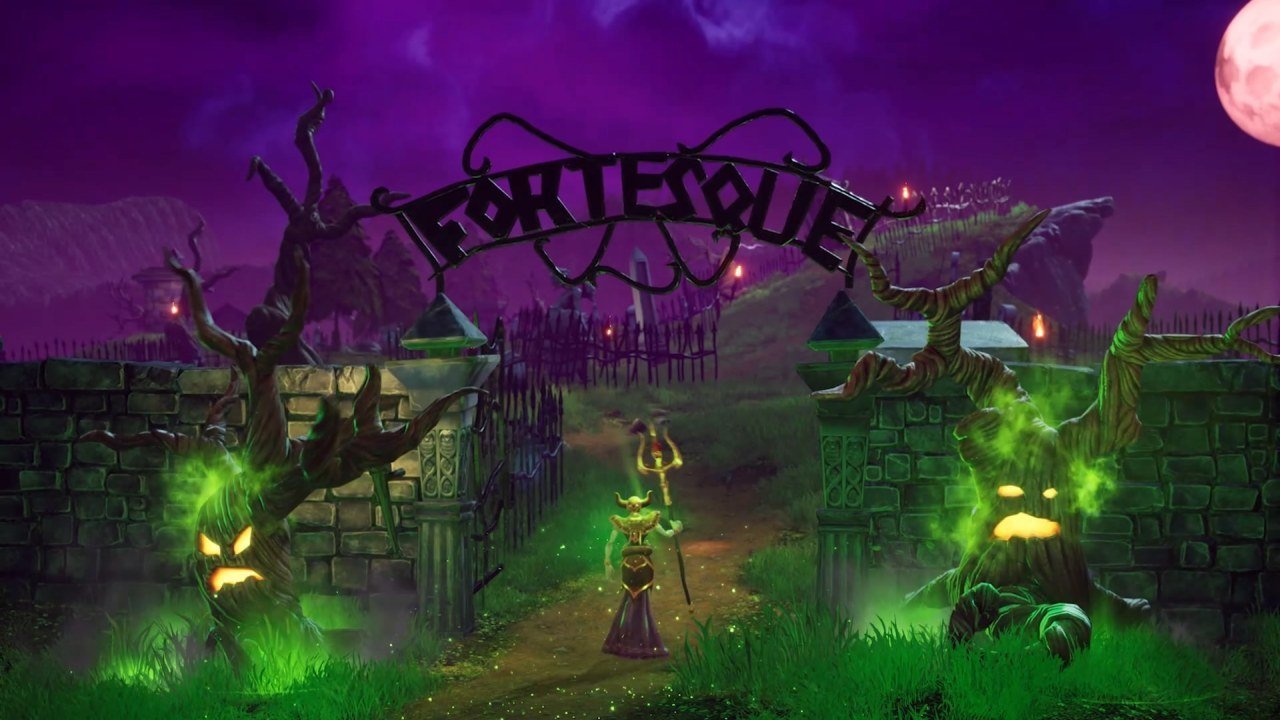 MediEvil is a modern remake of the classic PlayStation 1 game of the same name. Featuring a clumsy yet endearing protagonist, the game leads players through a series of creepy levels and locations as they slay hundreds of undead enemies. The original MediEvil was released in 1998, and similar to remakes like the Crash N Sane Trilogy or the Spyro Reignited Trilogy, this remake looks to bring those 90s visuals into the modern age. This remake has been crafted with the original content in mind, so you won’t find any exceptionally modern overhauls to the mechanics. Does the MediEvil remake bring back feelings of nostalgia or frustration? Let’s find out if this is another PlayStation 1 remake to add your library, or a quick cash-grab for the Halloween season.

In MediEvil you play as Sir Daniel Fortesque, a skeleton-soldier who has been resurrected after being dead for 100 years. A century ago, Sir Dan met his unfortunate demise (an arrow landing directly in his face) while defending the town of Gallowmere against a villainous sorcerer named Zarok. Despite Sir Dan’s death, the other soldiers were successful in defending their home town of Gallowmere, repelling Zarok and winning the fight.

Now, 100 years later, Zarok has returned. Using his dark-magic, Zarok captures the souls of the entire town of Gallowmere and unknowingly resurrects Sir Dan. With a chip on his shoulder and a town to save, it’s up to Sir Daniel Fortesque to battle against the army of the undead and defeat Zarok for good. The story isn’t the most compelling thing you’ll ever experience, but it’s a great basis for the wacky and supernatural atmosphere of the game.

MediEvil is structured like many other classic platformer games, with an overworld map that takes you to various linear levels. Zarok’s spell has thrust Gallowmere into a perpetual state of night, giving each level a spooky and Halloween-themed vibe. You’ll travel through cemeteries, mausoleums, and other various creepy locales. Your overall objective is to slay any undead enemy you come across and scour the level for any useful items. To complete a level, you’ll usually have to find key-like runes that open up doors, back-tracking to previously explored areas. There’s occasional light puzzle-solving, but the majority of the experience is combat-heavy. It’s a classic game structure and a formula that still works, but it feels dated in comparison to modern game design.

Each level holds a handful of collectibles to look out for, some more important than others. There are life and energy bottles that restore your health and revive you upon death, which are useful since you won’t find any regenerating health in MediEvil.

The most elusive and valuable item is the chalice, which must be charged before you can collect it. The chalice feeds on enemy souls, encouraging you to chop down as many undead ghouls as possible. Chalices are your direct line to new weapons, as they can be traded in at the Hall of Heroes for unique gear. You can visit the Hall of Heroes after any level, where you’ll briefly pray to a fallen hero and get rewarded with a new weapon.

The Art of the Slay

Although the MediEvil remake plays like most other hack ‘n slash games from the PlayStation era, it sets itself apart by introducing a slew of new weapons as you progress. Each new tool of destruction you pick up in the Hall of Heroes is often useful or offers a new style of play. There are various ranged weapons, including throwing knives, crossbows, and more. Melee weapons are also aplenty, with new swords, hammers, and axes to find. The weapons are obviously pulled from the medieval era, representing the time-frame well. New weapons also allow you to uncover secrets, giving you the ability to smash away giant obstacles like boulders. Collected weapons can be switched between at any time by using the quick inventory menu. With two weapon slots, players can customize their load-out for optimal damage in any situation.

Unfortunately, the combat in MediEvil feels a bit stilted and clunky, which fans of the original game will most likely remember. Controlling Sir Dan is easy enough, but it takes some getting used to. Both melee and ranged attacks have their own advantages and disadvantages, but I found ranged weapons to be the most effective and reliable. Combat isn’t very difficult, but unless you learn how to properly block with your shield, you can expect to take some hits. Luckily, you can refill your health at healing pools (or use the previously mentioned life bottles), and reinforce your shield with various pickups. The shield is usually your best bet for avoiding harm, as it absorbs most of the damage from any attack or environmental hazard. The lack of a checkpoint system can cause some real frustrations, so you’ll want to be cautious when platforming and fighting.

Some levels are punctuated by exceptionally cool boss fights, where you’ll face off against large and intimidating supernatural beasts. The gameplay itself often boils down to “wait until the weak spot is exposed and then spam ranged attacks”, but the climactic battles always feature inventive boss enemies. The somewhat goofy nature of the MediEvil remake blends into these battles, offering bosses that are both intimidating and over-the-top.

The biggest overhaul in this remake are the visuals, which have been updated to match other modern games. MediEvil still retains the same level layouts and gameplay as the original, but the environmental design and visual effects have seen an obvious upgrade. Particle effects and various lighting effects make levels more atmospheric and moody, and updated character models look sharp and crisp. During some cutscenes, the animation can be occasionally weird, but the overall graphical changes are for the best.

While the visual upgrades aren’t as polished as something like the Spyro Reignited Trilogy, they are still a huge improvement over the original game. I found myself drawn into each level, appreciating the art direction and overall game design. The updated visuals do a great job at immersing you into the experience, while also providing a heightened nostalgia for fans of the original game.

The Bottom Line on MediEvil

Overall, MediEvil is a decent remake with a delightfully creepy and humorous attitude. The visual upgrades are exceptional, breathing new graphical spectacle into an almost 20-year-old game. It’s got plenty of unlockable weapons and hidden secrets to find, and there’s a good variety in both gameplay and level design. Unfortunately, some of the issues from the original game are still apparent. There are occasional spikes in combat difficulty, the controls can feel clunky at times, and the camera doesn’t always cooperate.

That said, fans of the original MediEvil will find a lot to love in this modern remake. It might not have the level of polish that we’ve seen in other PlayStation 1 remakes, but it’s still an exceptionally fun experience. The inventive bosses and general pacing of the game remains fun, and there were only a handful of sequences I found frustrating. If you’re looking for a festive game to play on Halloween or just want a splash of PlayStation nostalgia, the MediEvil remake fits the bill nicely.