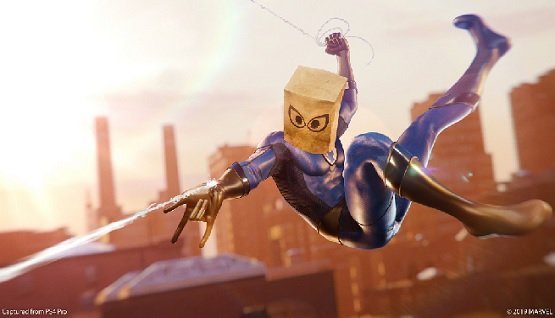 Marvel’s Spider-Man Fantastic Four suits are finally here! After a sneaky tease from Marvel, and then a week of Fantastic Four events and celebrations, PS4 players are finally getting in on the action. Update 1.14 is now live for all players, and it unlocks the “Bombastic Bag-Man” suit and “Future Foundation” suit. Oh, and both suits are completely free for everyone.

The Bombastic Bag-Man suit, seen above, is inspired from a comic story that saw Peter Parker coming to the Fantastic Four for help. His body was being taken over by the symbiote that would eventually become Venom, and he needed their help getting it off.

“The Fantastic Four got it off,” Marvel’s Spider-Man writer Christos Gage reveals in a blog post, “but then Spidey was left in his underpants (we’d never do something that silly in the game…wait, I’m being told we did). So Spidey borrowed a Fantastic Four costume…but they don’t have masks! So, to conceal Peter Parker’s secret identity, his frenemy, the Human Torch, gave Spidey a grocery bag to wear on his head. As The Thing might say, what a revoltin’ development!” 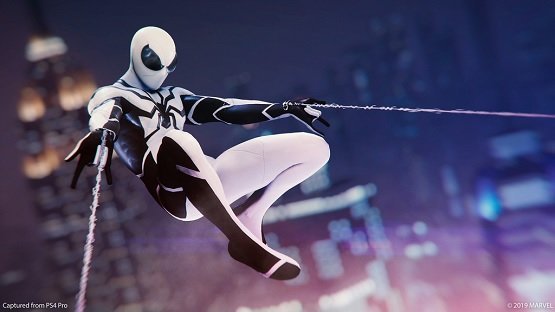 The Future Foundation suit looks a little more intimidating, to be sure, but it’s not going to be nearly as entertaining to watch during narrative cut-scenes. If you’re wondering, neither suit has its own dedicated suit power, so you’re free to mix and match any of your previously unlocked suit powers as you wish. Don’t forget that the infamous Raimi Suit is also available, along with some incredible new DLC suits.