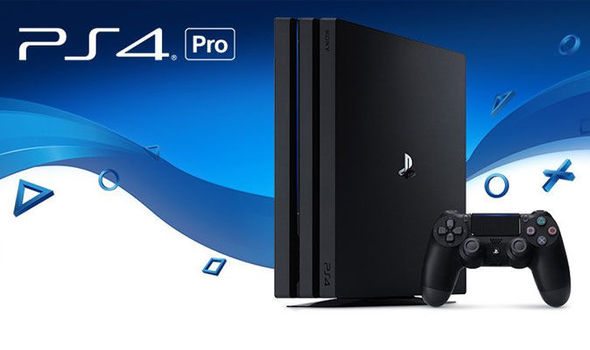 Like me, you probably wondered if it’s worth getting a PS4 Pro without also upgrading to a 4K TV with HDR. I still have a 1080p TV but decided to grab a Pro and have been extremely satisfied with my decision already.

The Pro enhancements are often two options: 4K resolutions, or 1080 with increased frame rate. There’s also the ‘Boost Mode’ that often helps non-Pro games with FPS while sticking to 1080.

I can personally vouch for this upgrade. The upgrade in FPS was immediately apparent and super enjoyable. I might even try the locked 30fps option to see if stability at a lower rate is better than fluctuating between 40-60.

This franchise has always struggled with frame rates, so this a huge boost!

Those acronyms are types of anti-aliasing and other features usually seen in PC menus. It’ll look nicer and run more consistently even in 1080.

One of my favorites, I’d like to go back and check out those better shadows.

You know any Sony exclusive will see special Pro attention. Run the odd mascot in 60 FPS glory (albeit with drops).

This team makes ambitious games that often struggle to perform consistently on Playstation consoles. They could definitely use a boost here.

No 4K here, but now Pro owners will get the whole picture on their 1080 display.

Games that weren’t designed for Pro enhancements can see benefits from the recently added Boost Mode. These are all 1080p FPS boosters.

Can’t slow down the hell murder!

Online games get more leeway with frame rates, but nice to see a decent boost here.

When the action is heated, keep it locked at 60.

I’ve often touted the power of locked 30 over a wavering 60.

Relive the Uncharted series the way you remembered it.

One of the best RPGs of this era just got 5 fps better.

Organized crime has no room for dips.

The only thing slowing you down now will be rest holds.

Not to mention ‘Supersampling’, a process that downscales 4K to 1080 to further reduce jagged edges.

As a new owner of a Pro I can heartily recommend it to anyone with a 1080 display. As we push further into this console generation, the cross platform games will continue to perform worse on the base models, seeing irritating frame rate performance. For now 1080 is just fine for me, but games are about motion, and I want that motion to be rock solid.