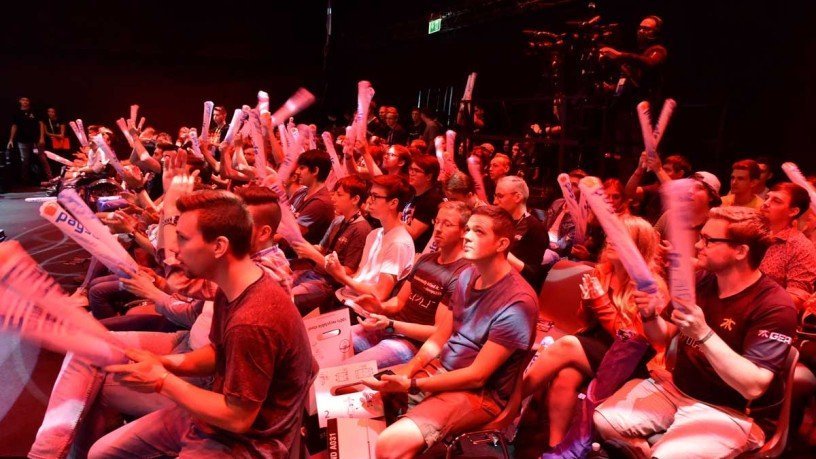 Gamescom 2019 Gives Gamers What They Want

Gamescom is the annual gaming convention that takes place in Cologne, Germany every August. The event brings a variety of game developers, publishers, and fans under one roof for a celebration of all things gaming. In addition to the variety of on-site activities, including cosplay, panels, and game demos, Gamescom 2019 also had several exciting gaming announcements. Much like E3 2019, several different publishers put on streams and presentations, highlighting their newest and upcoming game releases. Big companies like Microsoft and Nintendo showed off some new stuff, while fan-favorite Geoff Keighley hosted the opening night festivities. All in all, there’s an incredible amount of stuff from Gamescom to get excited over. We’ve collected some of our favorite news so you don’t have to go digging for it.

The Best Games from Gamescom 2019

Whereas other conventions like E3 2019 are usually indicators of big gaming news like new consoles and services, Gamescom 2019 was much more focused on the games themselves. The unspoken theme of Gamescom 2019 was “more and more games, available very soon!”, with almost every company announcing some sort of surprise. That said, if you see anything in this article that interests you, there’s a good chance it’s right around the corner (or available right now), so get excited!

Microsoft had a special presentation of their “Inside Xbox” program, where they showed off a bunch of new trailers. Although a lot of these games were already announced at E3 2019 or before, it was nice to get a look at upcoming games like Gears of War 5 and Ghost Recon Breakpoint. There were a quite a few announcements of note, including the news that PUBG will start featuring cross-play between both PlayStation 4 and Xbox One players. While PUBG isn’t in my normal game rotation, it’s great to see more and more games allowing for cross-play between consoles.

For Xbox owners looking to play new games right away, Xbox Game Pass continues to be a great investment. Microsoft strengthened the service by announcing a handful of great games that subscribers can download starting in August of 2019. This includes Devil May Cry 5, Ape Out, Blair Witch, and more. We also have our eye on Creature in the Well, a game sold as “pinball with swords”, which will be arriving on Game Pass in September.

Switch owners were also in for a great day when Nintendo started announcing their lineup of new indies. In both their own “Nintendo Indie World Showcase” stream and Geoff Keighley’s “Gamescom Opening Night Live” show, Nintendo surprised fans with tons of awesome news. Fans of indie games can grab their fair share, as Ori and the Blind Forest, the Hotline Miami Collection, Superhot, and other games will be releasing on Switch. Switch owners can also look forward to Risk of Rain 2, The Witcher 3: Wild Hunt, Blasphemous, and other games releasing this fall.

Nintendo also showed off their new iteration of the Switch, dubbed the Nintendo Switch Lite. This sleeker system will be releasing on September 20th, 2019 worldwide at a price point of $200. Those who have had hands-on time with the system report it to be a fun, if limited version of the beloved Nintendo hardware.

The “Gamescom Opening Night Live” presentation was packed with some exciting news, as were the normal convention days following it. However, two key games stuck out to us, getting us very excited for the rest of the year. Although this is hardly the first we’ve seen of it, Hideo Kojima’s Death Stranding continued to impress and confuse us with another brand new gameplay trailer. The trailer featured the main character taking a leak, then interacting with a computer hologram that looked exactly like Geoff Keighley. We will find out what Death Stranding is all about when it releases on November 8th of 2019.

During the Gamescom 2019 festivities, SEGA also announced the Yakuza Remastered Collection, which will add Yakuza 3, 4, and 5 to the PlayStation 4 library. If you know anything about us at A 90s Kid, we love to play some Yakuza, so this was exceptionally exciting for us. PlayStation 4 owners can grab the Yakuza Remastered Collection right now and play Yakuza 3, with Yakuza 4 and 5 planned for release in the coming months. SEGA hasn’t explained why they chose to release the games episodically instead of all at once, despite forcing users to buy all three games at once. Despite this, we’re excited to hop back into the world of Yakuza.