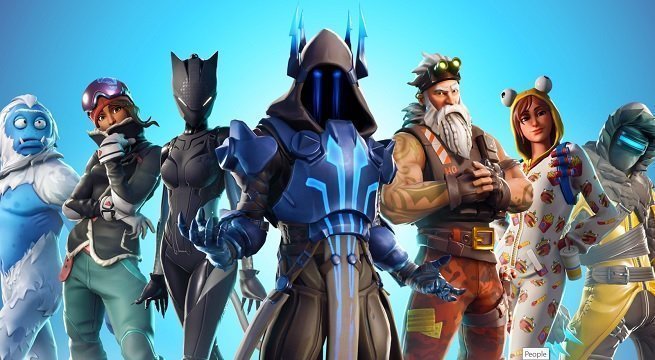 Fortnite Season 7 has officially lifted off, and the tag-line for this season is “Take to the skies!” The map has received an incredibly festive winter makeover. There are new areas to explore, and a new game mode is dropping soon which will enable you to unleash your creativity. Check out the Season 7 Trailer below:

It’s a brilliant trailer, and captured the holiday spirit perfectly with its opening scene. With each Fortnite season EPIC comes more into its own, and the team there really knows how to tell a progressive, season-long story which is driven in-part by the players themselves.

You’re getting much more than a festive new theme, though. There are many changes and additions to look forward to in Season 7. “Ziplines are a new way to help you travel to and from high terrain,” the official update reveals. “For you chill and thrill seekers, the new Frosty Flights location and Expedition outposts are outfitted with the new Stormwing planes so you can take to the skies. There are tons of new areas to venture to and secrets to uncover, so stay frosty.”

Of course, if you’re part of the Fortnite faithful, then you’re very likely looking forward to picking up the Season 7 Battle Pass. Battle Pass owners have even more to look forward to this season. Instant rewards are there for you to unlock, as well as prizes that you’ll earn by playing all season long.

“Over 100 new exclusive rewards are ready for you to unlock,” the update continues, “and it still costs the same 950 V-bucks. This season, you get the Zenith and Lynx progressive outfits instantly when you purchase the Battle Pass, both of which can level-up to unlock new styles.”

EPIC also revealed a brand new item type: Wraps. You can think of wraps as weapon and vehicle skins. Similar to how skins work in Call of Duty, wraps will allow you to customize your weapons to fit your style or perfectly compliment your favorite outfit.

Here’s a more comprehensive overview of everything new coming in the Season 7 Battle Pass, including the new Creative mode, which will be available to everyone on December 13:

We’ll see you all on the Battle Bus!