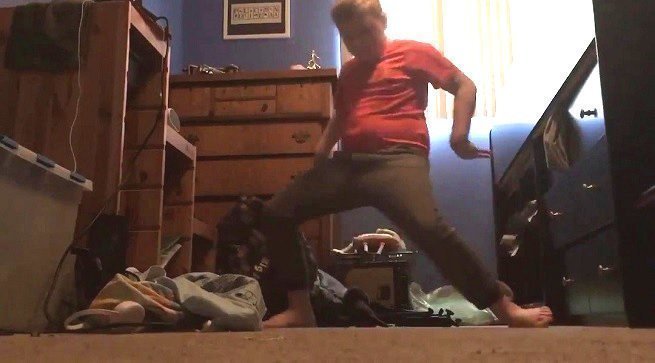 The Fortnite lawsuits just keep coming, and this time, it’s the mother of “Orange Shirt Kid” who’s trying to get a piece of that EPIC Games financial pie.

Orange Shirt Kid, the Fortnite fans responsible for the “Orange Justice” dance emote, submitted his dance to EPIC Games as part of Fortnite‘s “Boogie Down” contest. The contest asked players to send in their own new dances, and one lucky winner would have their dance selected, and it would be placed in the game as an emote. Orange Shirt Kid didn’t win, but after a massive petition made the rounds, EPIC Games decided to put his dance in the game anyway. Now, his mother is suing. Here’s what the first claim of the lawsuit states:

Anyone who has been paying attention knows that the claim is incorrect in many ways. By submitting the dance to the Boogie Down contest, Orange Shirt Kid did agree (and hope) that the dance could be used in the game. What’s more, EPIC Games never made a penny off of the dance. It was included as an unlockable award in the free Battle Pass, and never appeared in the game store to be purchased with V-Bucks.

The mother has filed this suit through the same law firm that’s handling the lawsuits for rapper 2 Milly, and “Backpack Kid,” so it’s pretty obvious that she’s just looking for some quick cash. Hopefully her son is subjected to any online bullying or ridicule because of all of this.