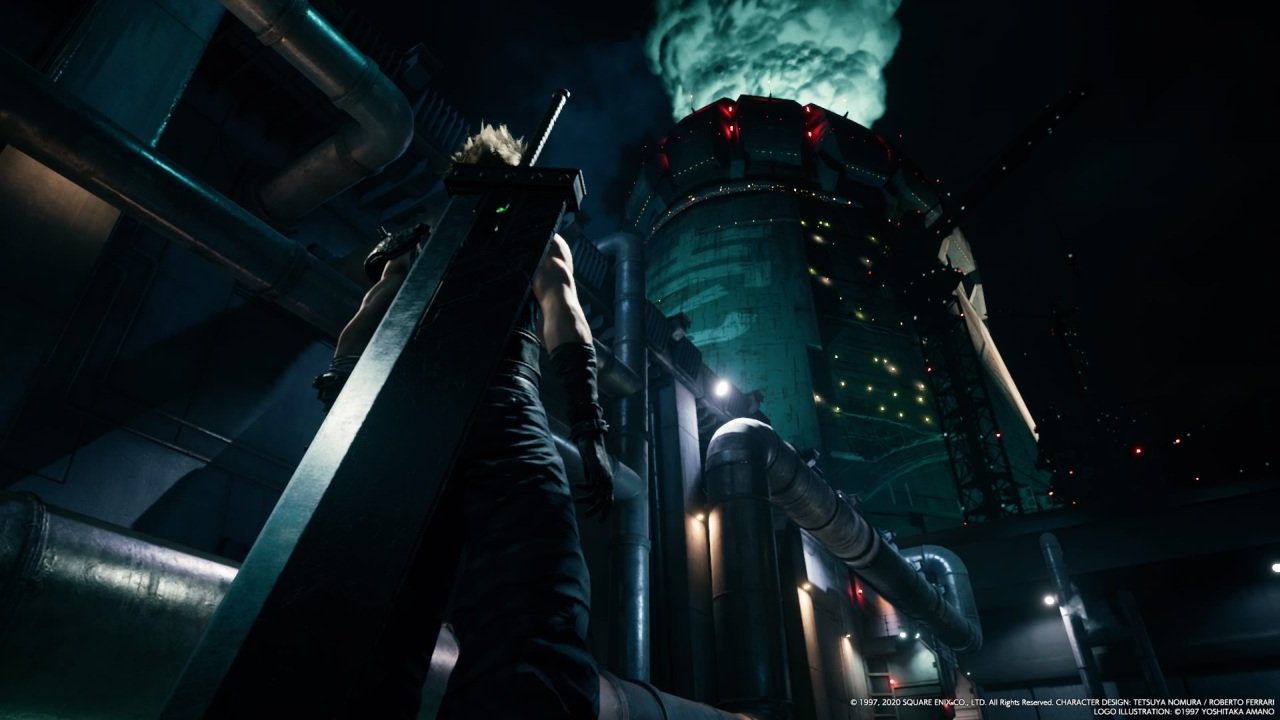 The late 90s were a big time for video games. Nintendo was making waves with games like The Legend of Zelda: Ocarina of Time and Goldeneye 007, while gaming for adults got more serious with titles like Grand Theft Auto and Fallout. Meanwhile, a little company called Square was whipping up one of the most influential role-playing games of all time, Final Fantasy VII. This turn-based RPG, despite being the seventh game in an already massively popular series, would quickly become one of gaming’s most prestigious and endearing stories. Now, in 2020, fans will finally be playing the highly anticipated remake (well, at least the first episodic installment) when it releases on April 10th, exclusively for the PlayStation 4.

Fans of the original Final Fantasy VII have been demanding a remake for some time now. The rumor of a modern remake of this remarkable RPG first started circulating in the PlayStation 2 era, but Square refused to acknowledge any potential of a release. Over the next few decades, fans would be teased time and time again, with the possibility of a Final Fantasy VII remake always on the horizon. Then, at the 2015 E3 Expo, Square Enix officially announced the Final Fantasy VII Remake with the trailer below.

The hype has carried over the past five years, growing in size as new trailers, information, and screenshots were revealed. New information was infrequent and small; we would see high-resolution screens of fan-favorite characters, some blurbs about the gameplay that were vague, and a short trailer or two if we were lucky. However, after patiently waiting for over half a decade (and through some disappointing delays), PlayStation 4 owners will finally be able to enjoy the sprawling narrative of Cloud and his friends as they attempt to overthrow the evil company Shinra, as well as a mega-powerful antagonist named Sephiroth.

Just recently, Square Enix dropped an official Final Fantasy VII Remake demo onto the PlayStation Store for free, giving fans a taste of what to expect on April 10th. While the game is being released as episodic installments, fans can expect dozens of hours of gameplay, as the first installment will take the entire Midgar section of Final Fantasy VII and turn it into a full-length experience. Many fans are curious to see how this will turn out, and while the demo doesn’t offer too much new information, it’s still tons of fun to play. As a seasoned gamer who has yet to play through Final Fantasy VII, I was especially eager to fire up this demo and see what all the fuss was about.

Generally speaking, you can sit down and play through the entire Final Fantasy VII Remake demo in one sitting. It’s very similar to the demo for the original Final Fantasy VII, guiding players through a sabotage mission. After a brief cutscene, players are introduced to hero Cloud Strife, a sword-wielding mercenary who teams up with a terrorist group known as AVALANCHE. Along with the other members of AVALANCHE, Cloud attacks one of the nine Mako Reactors in Midgar, powerful machines that absorb the “lifestream” of Earth and convert it into usable energy. Since these reactors are owned and operated by the Shinra corporation, they essentially have complete control over Midgar and its citizens.

Although I’ve never played through the original Final Fantasy VII myself, I’ve learned a lot about it over the years working as a games journalist. In addition, our community has been eagerly anticipating the release, watching our streams of the PlayStation 1 classic and commenting on their favorite parts of the original experience. After playing the Final Fantasy VII Remake demo, there’s plenty about the new game that feels remarkably different from the classic experience I know. In addition to the beautiful graphics that are a far cry from the sharp-edged polygons of the PlayStation 1, there are several changes that fans will definitely notice.

First and foremost, the gameplay in Final Fantasy VII Remake is very different from the turn-based strategy of the original. Instead of plotting your strategy and slowly picking attacks and abilities, Final Fantasy VII Remake encourages players to run headfirst into the action, slashing their weapons and firing off special moves in the real-time combat. The game plays similarly to other recent Square Enix games, notably Final Fantasy XV and Kingdom Hearts III. That last comparison may worry some folks, but I found the combat to be continuously exciting and engaging.

Playing as Cloud, you can attack enemies directly, either using light or heavy attacks. As you attack enemies, you’ll gain energy in your Attack Time Battle (ATB) gauge. If you have enough ATB power, you can slow down time and fire off a special ability, magic, or use an item. When you have additional characters in your party, you can switch between them on the fly by simply pressing a directional button.

In the demo, you can also control Barret, the leader of AVALANCHE who totes a giant mini-gun. With Barret’s ranged attacks, you can actively deal damage to flying enemies, or use a handful of magic abilities. It’s a very hectic and fast-paced combat experience, but one that allows for some fun strategy and exceptionally flashy and cool special attacks. This goes doubly for the ever-popular Limit Break, which sees characters unlocking their full attack potential and unleashing a powerful and bombastic attack.

We Can’t Wait to Travel Through Midgar

Although the gameplay is way more fast-paced than the turn-based combat of the original, Final Fantasy VII Remake is shaping up nicely. I’m sure it’s going to be hard to balance the desires of longtime fans with making an experience that is welcoming to newcomers, but I have faith that Square Enix will pull it off. I had a great time playing through the demo, which increased my hype substantially. Although this remake doesn’t hold nearly as much nostalgia for me as it does for most, I’m hoping it will remain as enjoyable and effective as the demo was. We’re just under a month away from release, so those questions will be answered sooner enough.

Have you played the Final Fantasy VII Remake demo? How do you think it stacks up to the original? Let us know what you think by leaving a comment below, joining our Discord, or hopping into one of our many live streams available every week. We’ll have a full review for you when the game hits store shelves, so be sure to check by then for our final verdict!