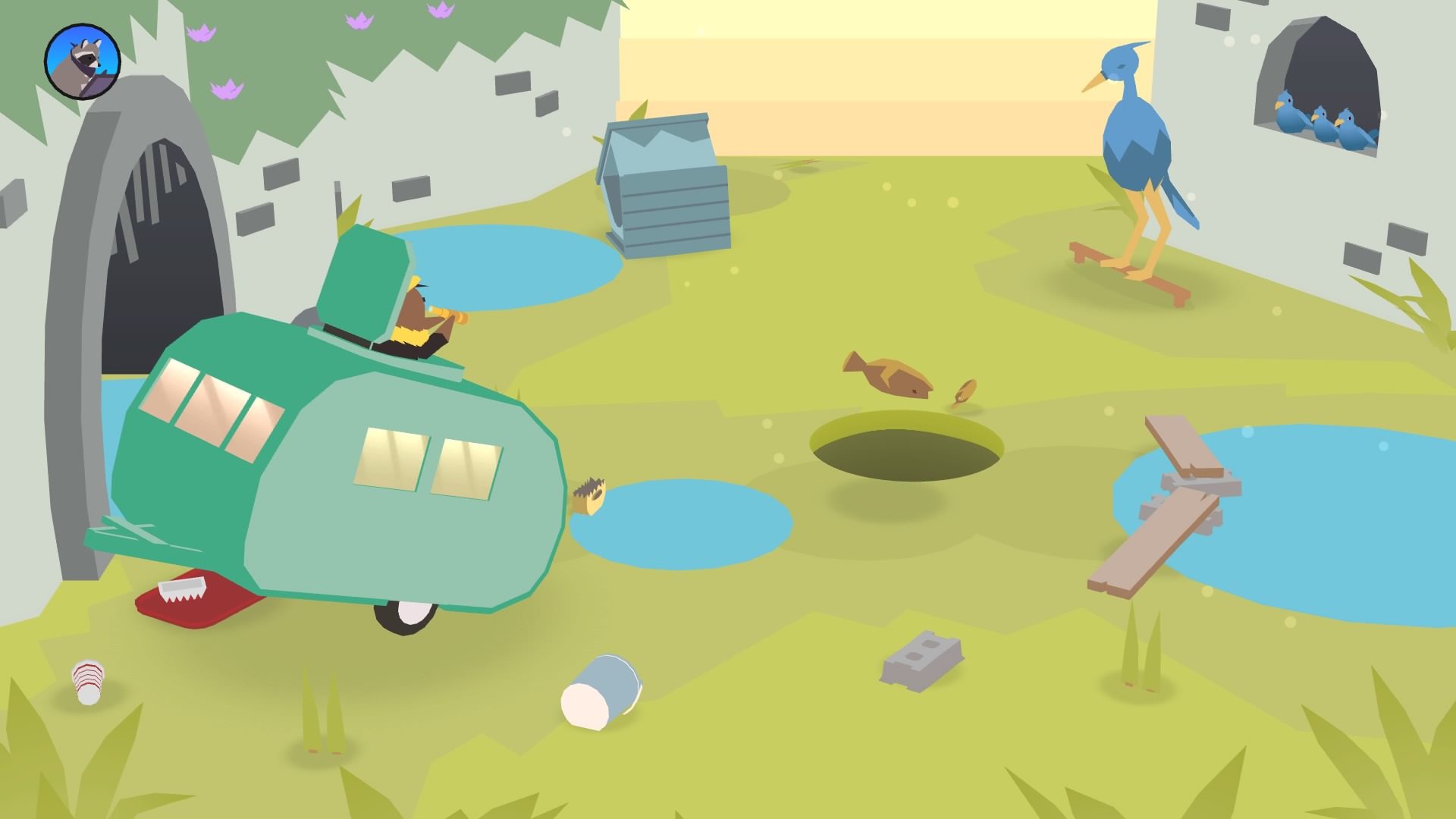 Donut County is a brand new indie game from Ben Esposito, a well known consultant and developer in the indie scene.  In the game, you control a small hole, sucking up discarded items on the ground.  As you obtain more items, your hole grows in size, allowing you to engulf even larger items.  It’s a pretty basic gameplay experience, but it’s matched with witty humor, likable characters, and a laid-back vibe.  The game has built up quite a lot of hype; enough so that other companies have quickly developed clones of the game.  However, there’s a distinct personality to Donut County that cannot be replicated, and I had a great time experiencing it. 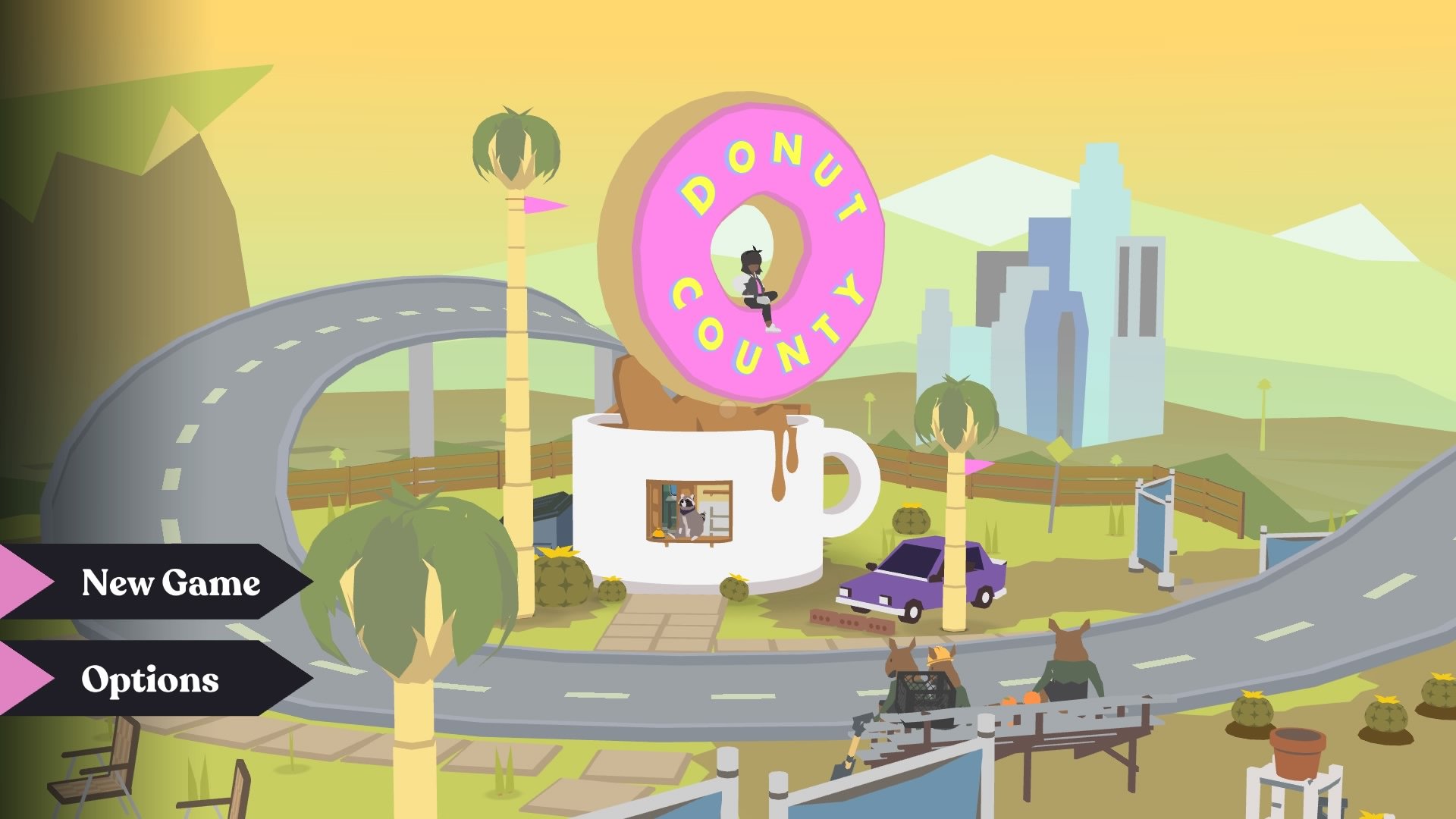 The story in Donut County is light, and mainly focuses on characters Mira and her raccoon friend BK.  They both work at the Donut County donut shop, a small establishment in a tightly-knit community.  One day, a rogue hole pops up and starts gobbling up Donut County citizens.  A good portion of the narrative is told underground, in a deep hole.  There, Mira and the rest of the trapped townspeople complain about their problems, and attempt to find a way out. 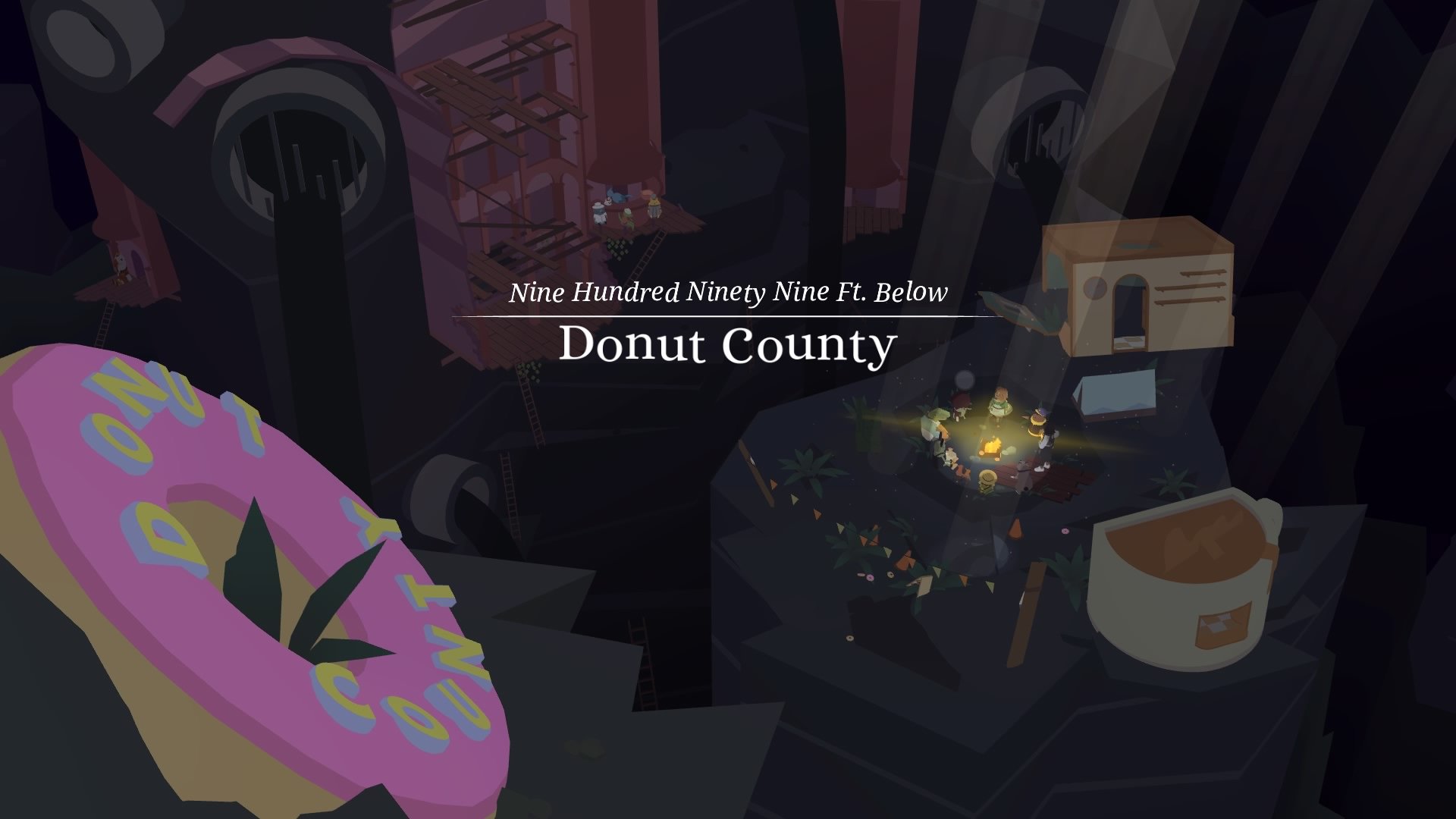 The overall story in Donut County is just fine, but it won’t present anything completely crazy in terms of plot development.  It’s a rather straightforward tale, which is elevated by the quality of the characters we come to meet.  Each level of the game focuses on a specific citizen, and it details their final moments before being gobbled up by the hole.  The game has over 15 different levels, and each one is preceded by a small batch of dialogue underground.  In just a few mere minutes, you get the full story, personality, and humor of each unique character.  Donut County is the home to all manner of characters, like the reptilian Croco, amorphous siblings Salt and Pepper, and the conspiracy theorist Possum.  The writing in Donut County is at its best when it focuses on fleshing out individual characters, so it’s a good thing that the majority of the narrative is that. 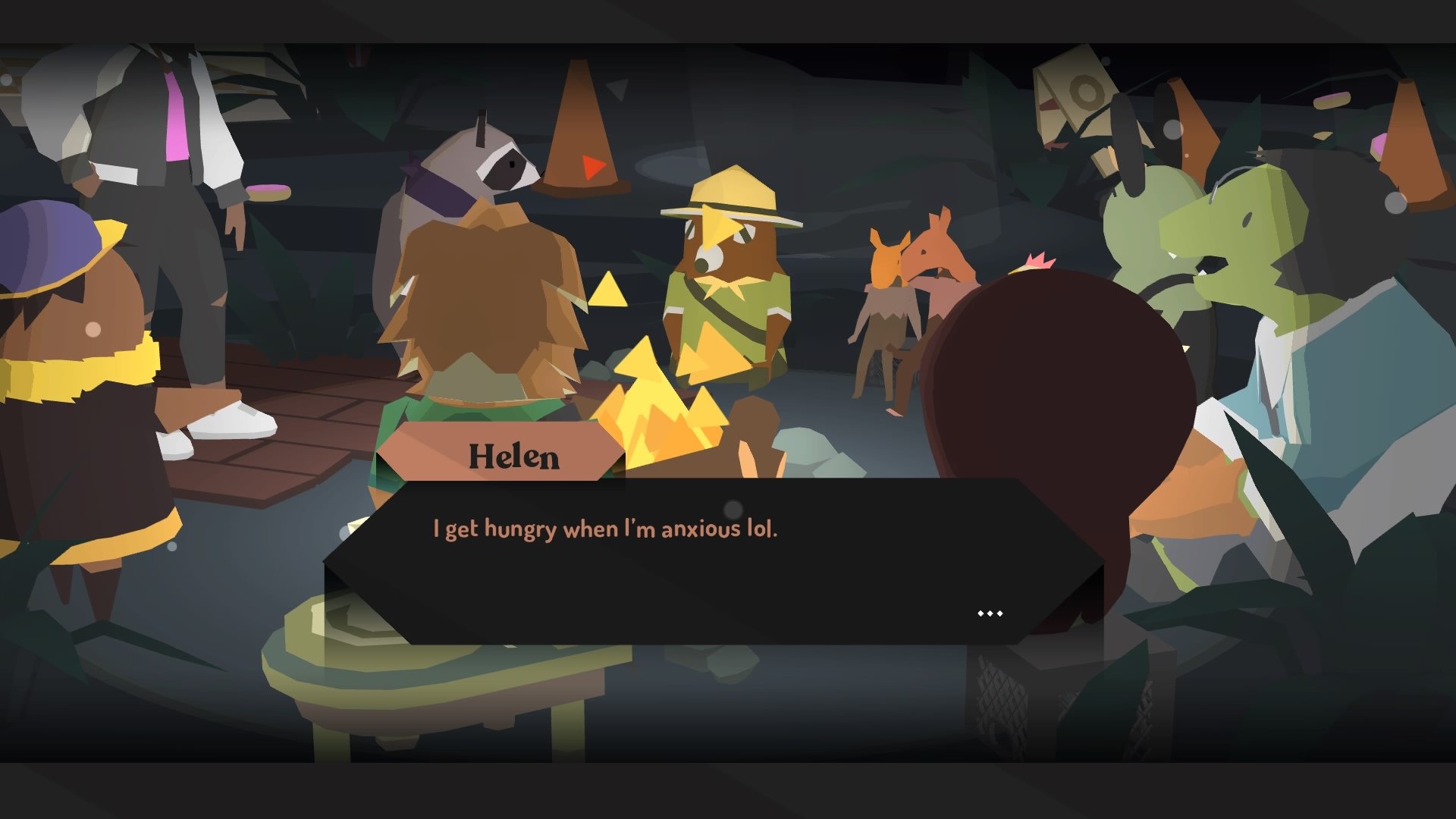 The Life of a Hole

When it comes to gameplay, Donut County is very simple.  Regardless of your skill level, age, or reaction time, you can enjoy Donut County just as much as everyone else.  In each level, you control a hole.  Your ultimate objective is to suck up every item in a level, which usually takes only a handful of minutes.  You’ll start out small, picking up blades of grass, discarded cans, and other litter.  As you grow in size, your hole is eventually able to absorb trees, cars, and even buildings into your void.  To mix things up, levels occasionally present small puzzles to solve.  Don’t worry, most of these puzzles are a simple distraction and will take you only a moment to solve. 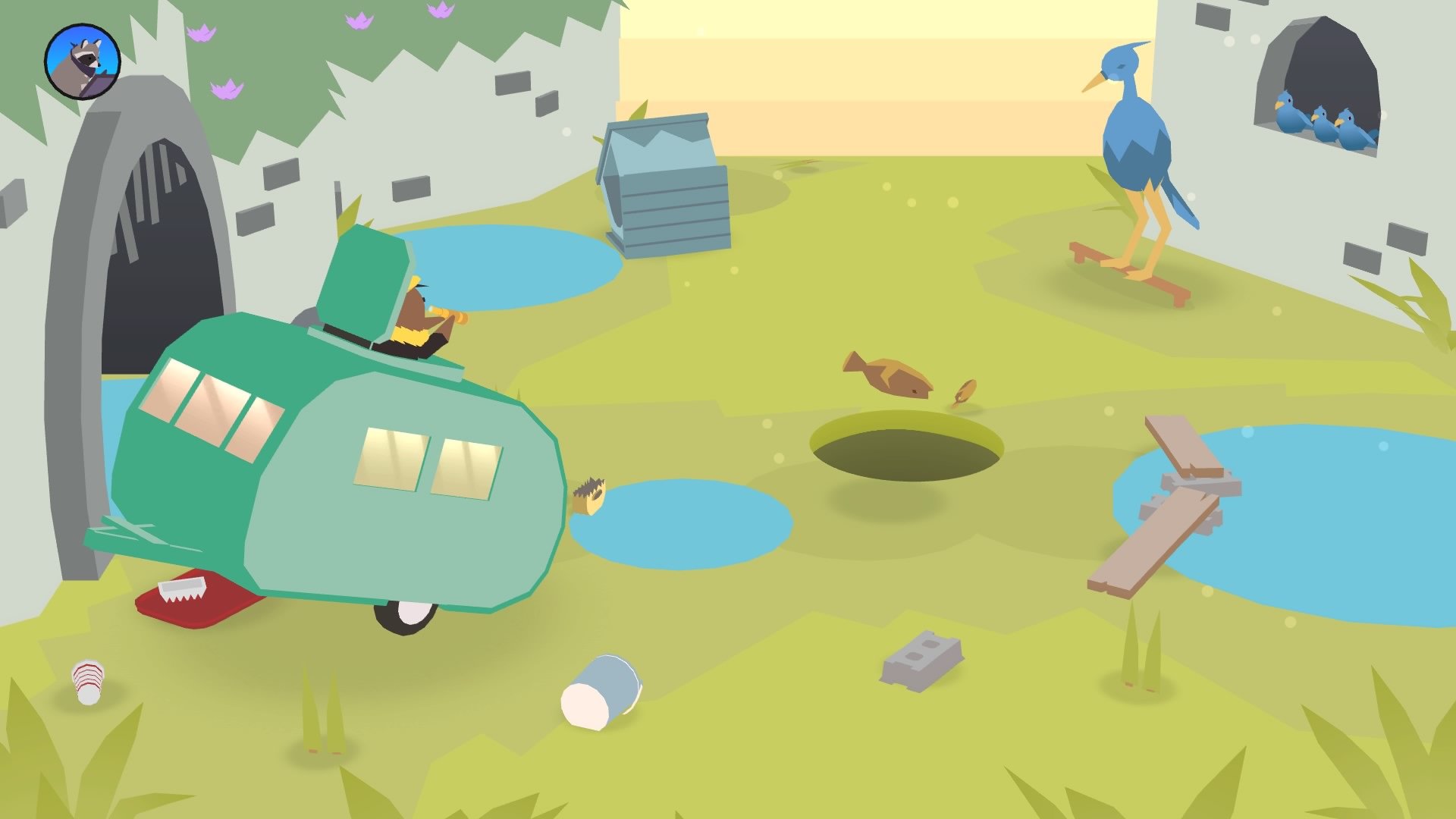 Generally speaking, that sentiment can be applied to the whole of Donut County.  The gameplay is meant to be relaxing, lighthearted, and humorous.  The puzzles aren’t meant to stump you or work your brain too hard, but they’re used as way to break up the monotony.  Luckily, Donut County never overstays its welcome.  The levels and cutscenes are brief and to the point, and the entire game will only take you an hour or two.  You can spend some extra minutes reading through the “Trashopedia”; a funny presentation of the items you’ve collected, complete with ridiculous and hilarious descriptions. 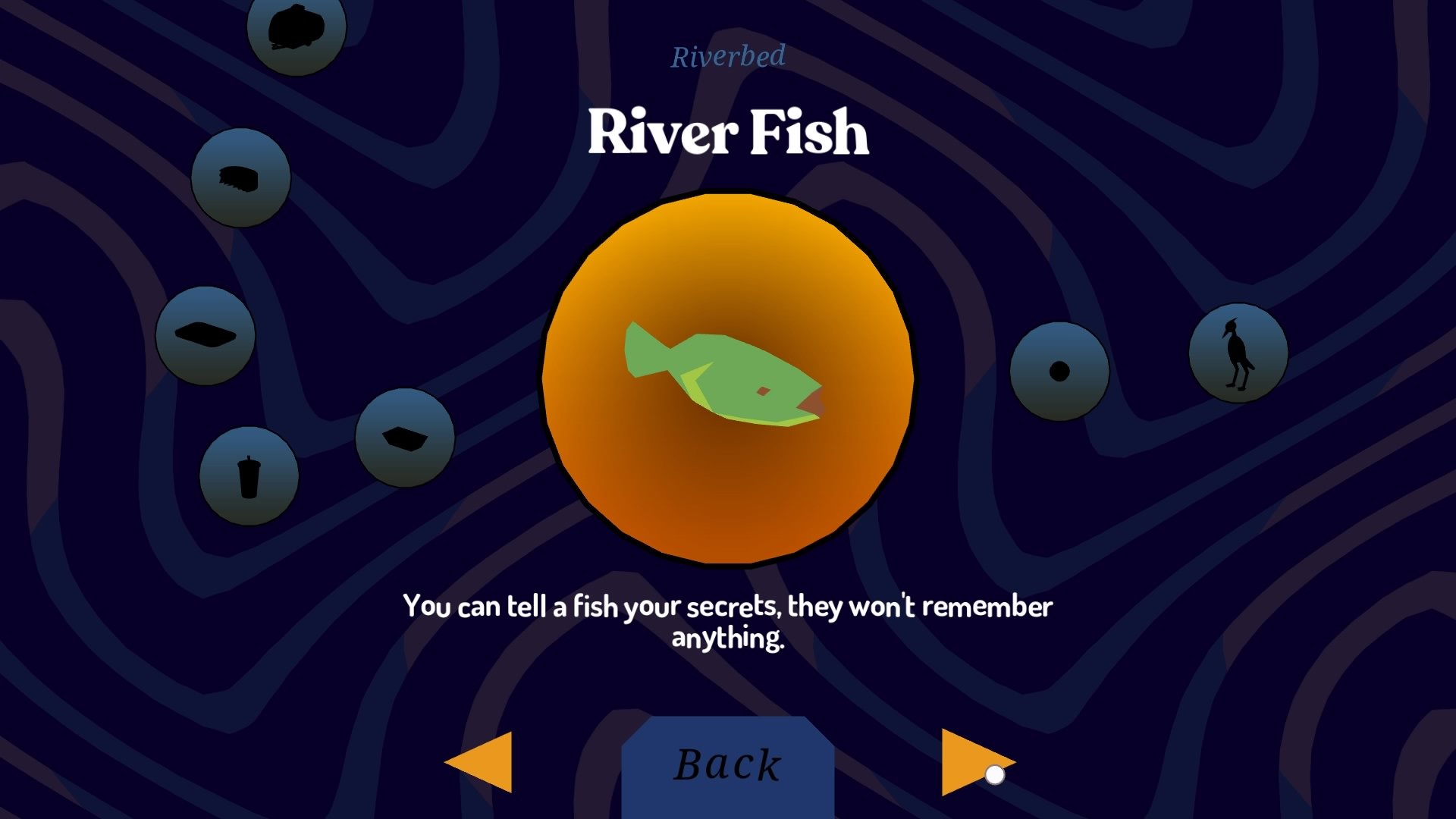 Everything about Donut County seems to encourage relaxation with a handful of giggles.  The music is a great mixture of soothing guitar, interesting genre fusion, and catchy melodies.  The graphical style is soft and stylized, and the dialogue is sharply written.  Donut County is the kind of game that you play on a lazy weekend afternoon while you’re stretched out on the couch or reclining in a comfortable chair.  The game is available on both mobile, PC, and Playstation 4, and while I see the enjoyment of the mobile version, I think it’s best played in the comfort of your living room.

The Bottom Line on Donut County

Donuty County is a great indie game, and it highlights what makes the indie scene so fantastic.  The characters are lovable and memorable, as are the words they say and the way they say it.  The world is inviting and somehow familiar, but full of surprises and fun twists.  The gameplay is very easy and barely requires a tutorial, but it doesn’t need to be much more than that.  The quick and quirky levels are enjoyable, as are the surprisingly funny cutscenes. 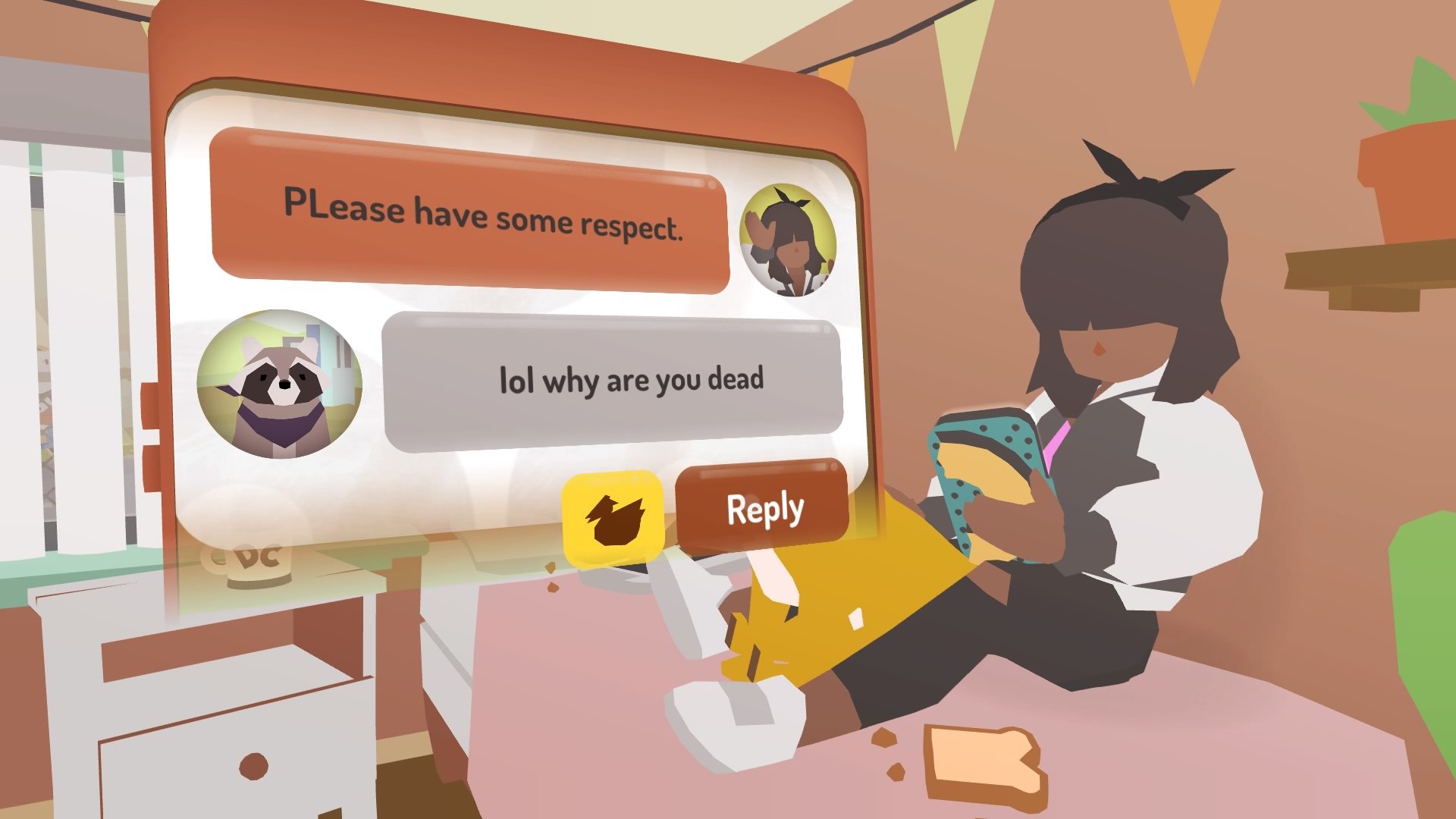 Unfortunately, there’s not a ton of content of explore, and the entire experience (including obtaining every available trophy) only took me around 2 hours to finish.  At the asking price of $13, I’d say that Donut County is just as enjoyable as a night out at the cinema.  It might overuse the phrase “lol” and be a bit shorter than I’d hoped, but I still fully recommend you purchase this game.  Donut County has tons of personality, and the amount of passion from Ben Esposito is apparent in the game.  If you enjoy the dialogue of games like Night in the Woods or appreciate wackier gameplay mechanics like Katamari Damacy, then you’ll find Donut County to be an excellent time.  If anything, Donut County managed to make me actually laugh out loud; a rare occurrence when it comes to video game humor.  That’s commendable, as are the efforts of Ben Esposito and everyone else who contributed to this project.