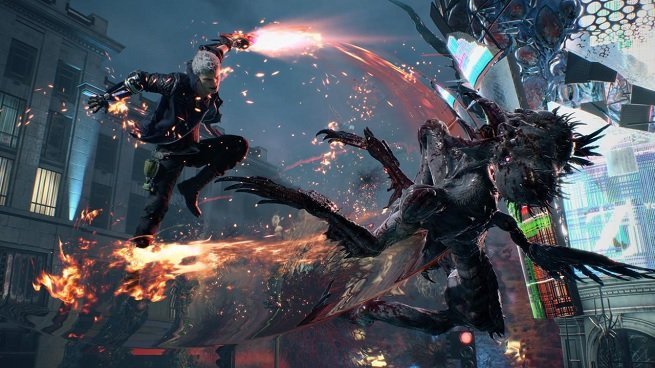 Capcom has another big hit on its hands. Devil May Cry 5 has been raking in the rave reviews, and it’s safe to assume that this is going to go down as one of the most celebrated action games of 2019 — that is, as long as you own a PS4, Xbox One, or gaming PC. Nintendo Switch owners have yet to receive any Devil May Cry games from Capcom, but that could change if another Capcom port sells well.

In a recent interview with the German publication M!, Devil May Cry 5 Director Hideaki Itsuno confirmed that he and his team would consider porting DMC 5 to the Nintendo Switch if Dragon’s Dogma: Dark Arisen performs well. “If Dragon’s Dogma: Dark Arisen sells well on Switch,” Itsuno said, “then we might consider porting DMC 5.”

Forgive me for interjecting my personal opinion here, but let me just say that I hate it when developers dangle their projects over the heads of fans like this. “If you really want this game, you’ll go out and buy this other game from a totally different series, in a different genre.” It’s the worst kind of marketing (can we even call this marketing?). Mega Man, Monster Hunter, and Okami have already proven to be top-sellers on the Switch. Capcom has a hungry fan-base there; we have nothing left to prove.

That said, Dragon’s Dogma: Dark Arisen is a totally safe bet, and very likely worth your money. The game itself is critically acclaimed and widely loved by fans. As long as Capcom produces a competent port, I see no reason why Dragon’s Dogma shouldn’t do very well on the Switch.

If Capcom really wants to gauge their audience on the Nintendo Switch, it will release a few Devil May Cry remasters. Now that is something we’d love to see.