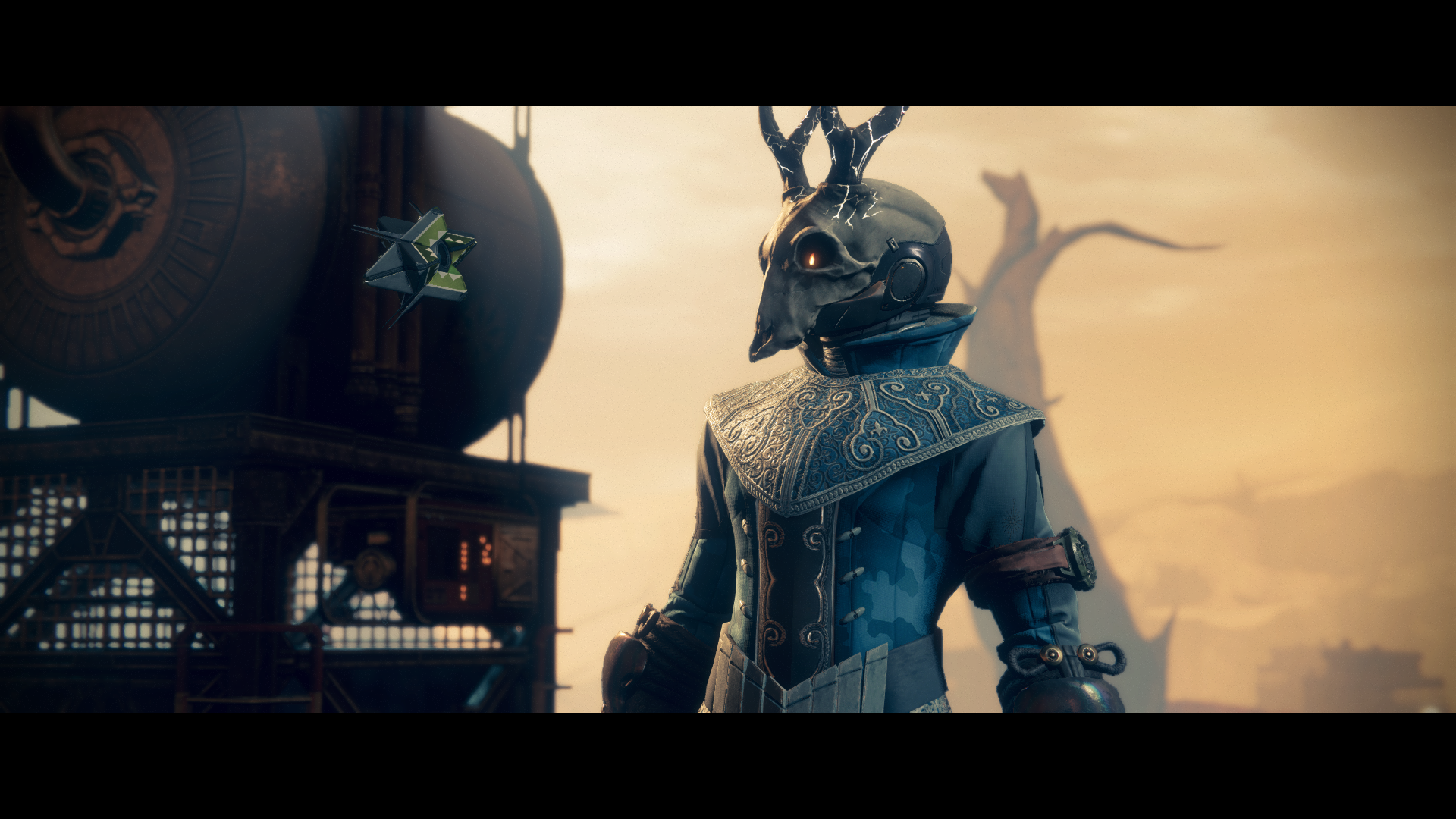 Under the surface of Mars, a powerful weapon has awoken.  As the Cabal and Hive scramble to the planet in order to claim its power, you must stand in their way.  With a brand new zone to explore, all new weapons, and a plethora of gameplay updates, Destiny 2‘s second expansion, Warmind, is a step up from the recent Curse of Osiris.  That being said, Destiny 2 fans have been hoping for a deeper and more lengthy experience from new DLCs.  Can Warmind live up to the hype, or is it just another small expansion to tide players over until the first major expansion in September? 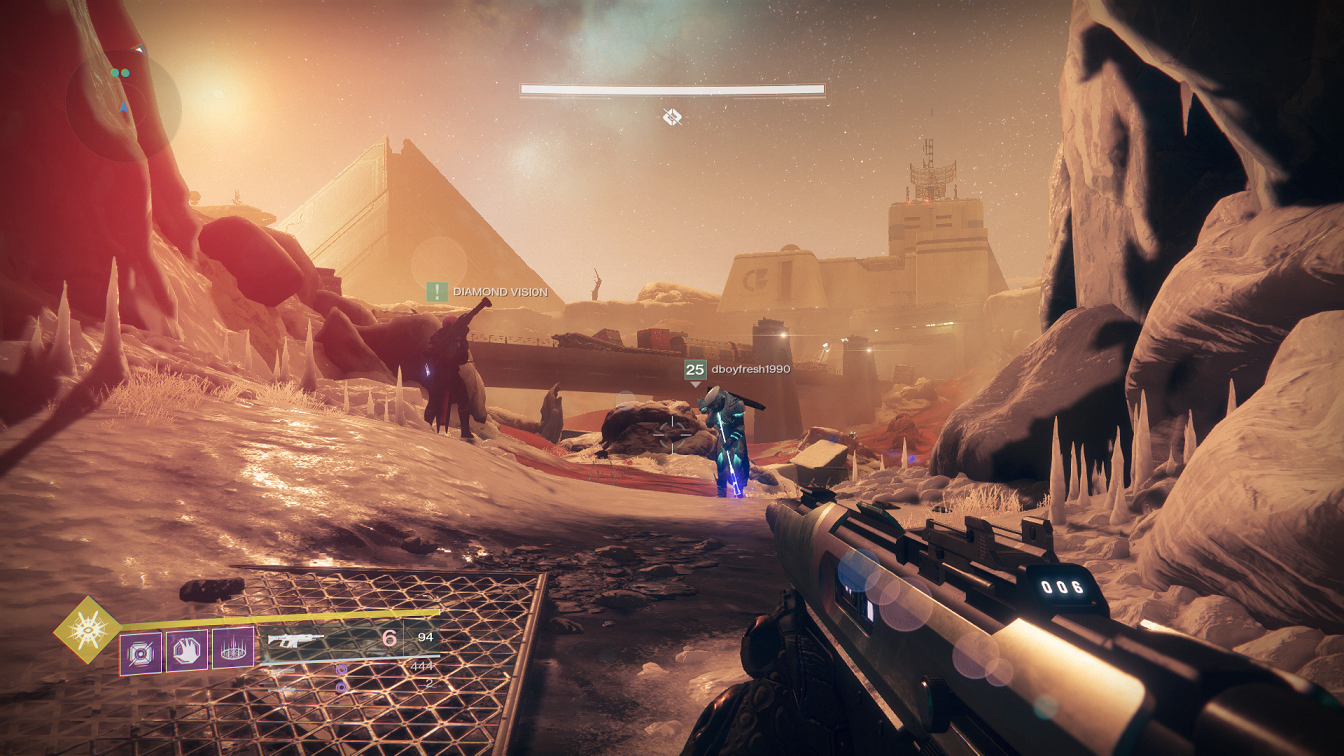 Warmind‘s story is short and sweet, and despite it being a bit vague, should please most Destiny franchise veterans.  This expansion sees new faces as well as the return of characters from the original Destiny, extending a story that began with the first game.  Players return to Mars, the sandy red planet that we explored in the original game.  Below the surface, the incredibly powerful weapon known as Rasputin has been activated.  In a mad rush to claim the power, you’ll have to battle through hordes of enemies, namely the new “Frozen Hive”.

The journey to claiming Rasputin takes you over the existing locations in Destiny 2, as well as the expansive new zone on Mars.  There are exciting and tense fights on the surface, as well as creepy excursions into cave systems below.  In fact, a lot of Warmind has a pretty creepy atmosphere, something that other Destiny 2 content has failed to achieve. 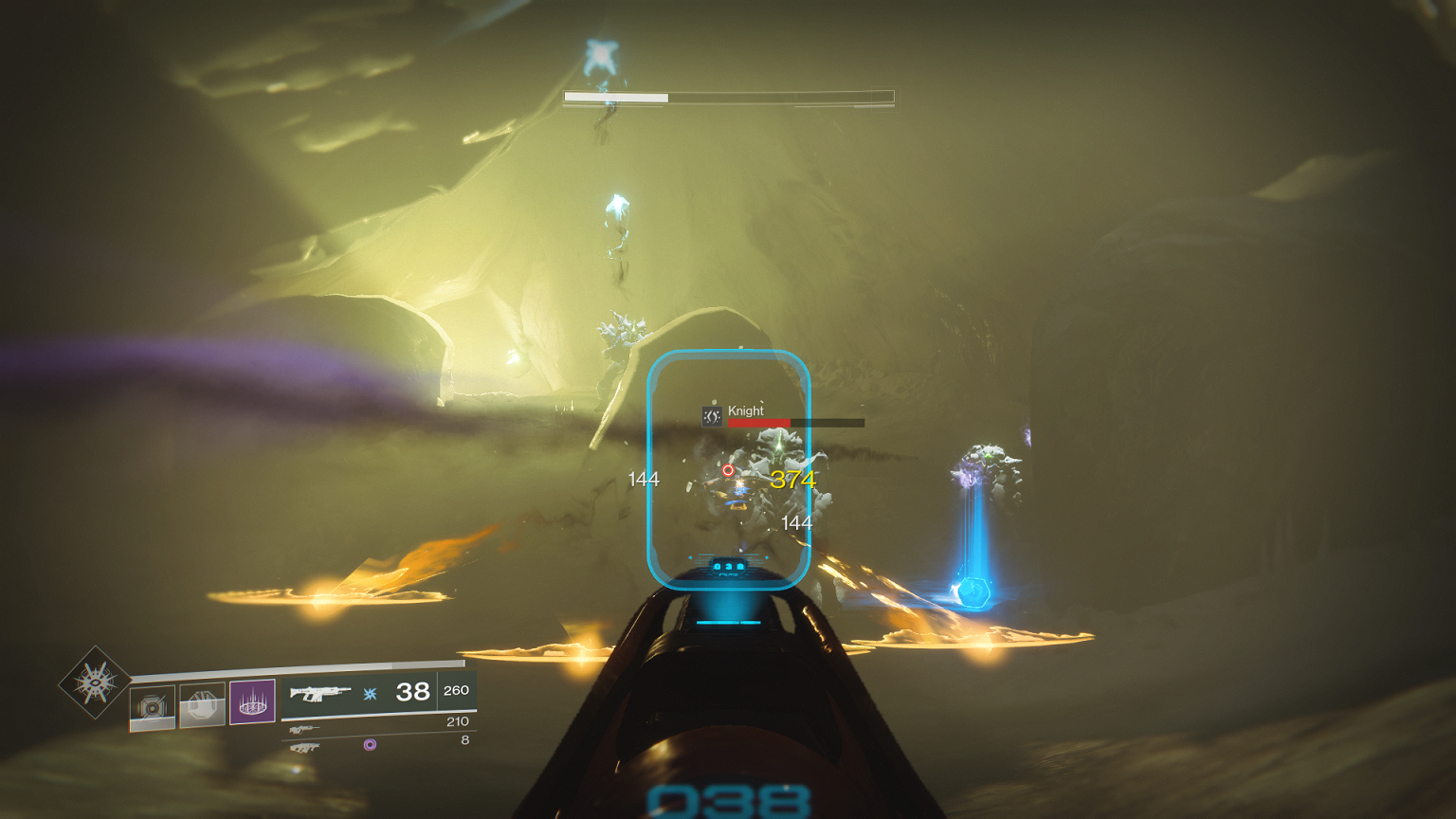 Although there have been a few new additions, Warmind is mainly more of the same.  However, that’s mostly what Destiny 2 players seem to want.  Destiny 2 is fun because it is comfortable, and it feels good to blast down hordes of alien enemies time and time again.  Unfortunately, many players felt that the previously included end-game content left a bit to be desired.  Besides the surprisingly enjoyable main missions, Warmind takes a few extra steps in fleshing out its end-game.  There are a handful of main quests and a few adventures to complete on Mars, but the real focus seems to be on extending your gameplay by offering more rewards for repeated activities. 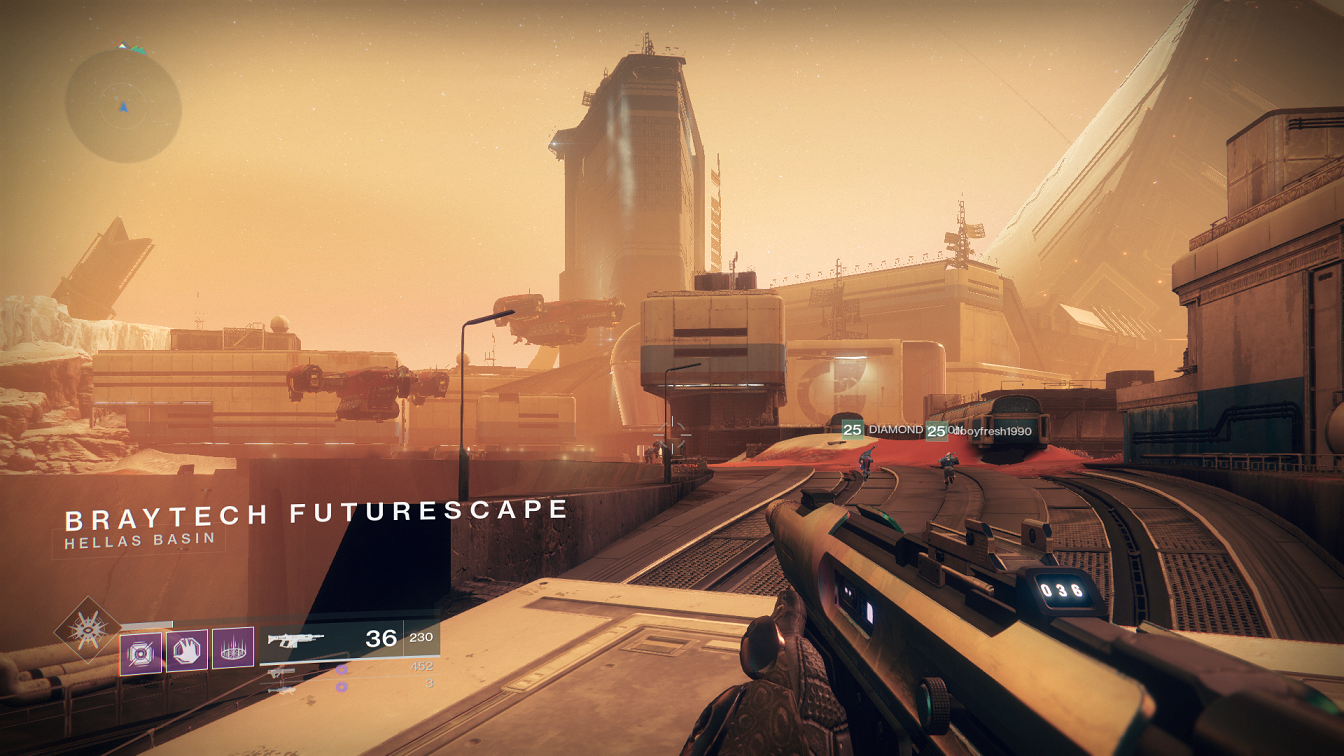 Thankfully, the missions that are included are farm more unique and enjoyable than those in Curse of Osiris.  Where Curse of Osiris reused areas over and over to repetitive failings, Warmindsets you up with fun scenarios that encourage wild and explosive play.  Some of the set piece battles are purely monumental, and I was extremely satisfied with the major boss fights.  Two fights in particular stand out as some of my favorite Destiny 2 fights ever, base game included.  While there is a ton of new content, a decent portion landscape is reused for strikes and adventures.  This may be an annoyance to some, but when compared to the dismally repetitive nature of Curse of Osiris, I didn’t find the repetition of Warmind to be that bothersome.

Warmind adds a slew of new weapons to the Guardian’s arsenal, including a handful of cool new exotic weapons as well as expansion-specific weapons and gear.  There’s a new enemy type in the form of the “Frozen Hive”, and while that may sound cool (pun unintended), it’s a bit redundant in practice.  The Frozen Hive are essentially just reskinned versions of their vanilla counterparts, with one or two new enemy types added.  Their look has also been altered with a cool blue tint, but besides that, they’re the same enemies you’ve seen before.  There hasn’t been many changes to the Cabal either, so for the most part, you’ll be fighting familiar enemies in a somewhat familiar landscape.  Despite this, action is consistently entertaining.  You’ll hardly be paying attention to the enemy type amidst the many explosions and plumes of color. 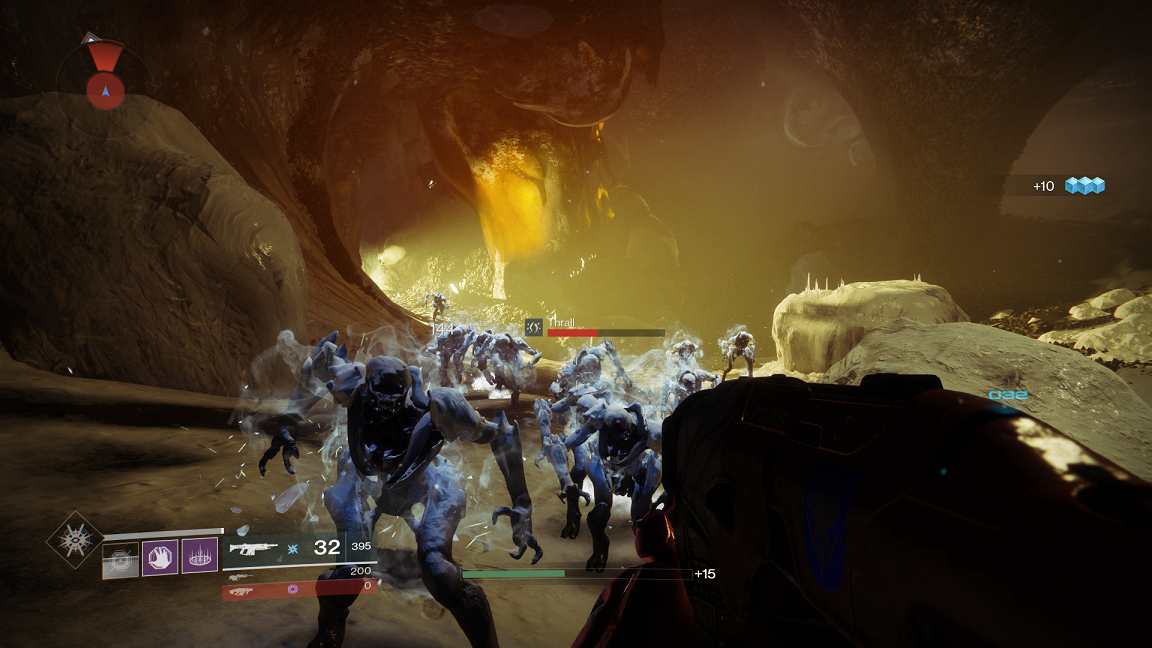 There are 45 collectibles scattered around Mars, and due to their small size, can be tough to find.  Tucked away in rocky crevices and tiny outcroppings, you’ll see different colored discs.  To collect them, you’ll have to shoot the discs with the appropriate elemental gun.  I had a decent time searching for the collectibles, and finding the set added a decent amount of replayability regarding exploration.  While hardcore players will enjoy this game of hide-and-seek, more casual players might want to wait for some sort of video guide, as many collectibles can be very hard to spot and in hard-to-reach places.

Like always, Destiny 2 is an insane mixture of great looking textures and fantastic particle effects.  The new zone on Mars is a familiar locale that holds some pretty fun missions and boss fights, despite the repetitive nature of some of the quests.  The level design is quite good, and I had a great time exploring the dwindling industrial structures, sandy dunes, and dank caves with friends.  When you look at the numbers, Warmind offers a handful of hours of new story missions and adventures, along with a lengthy raid lair that is a big improvement over the first two raid offerings.  There has been a significant focus on extending end-game content, and while some content has been reused, the amount is much less offensive than what we saw in Curse of Osiris. 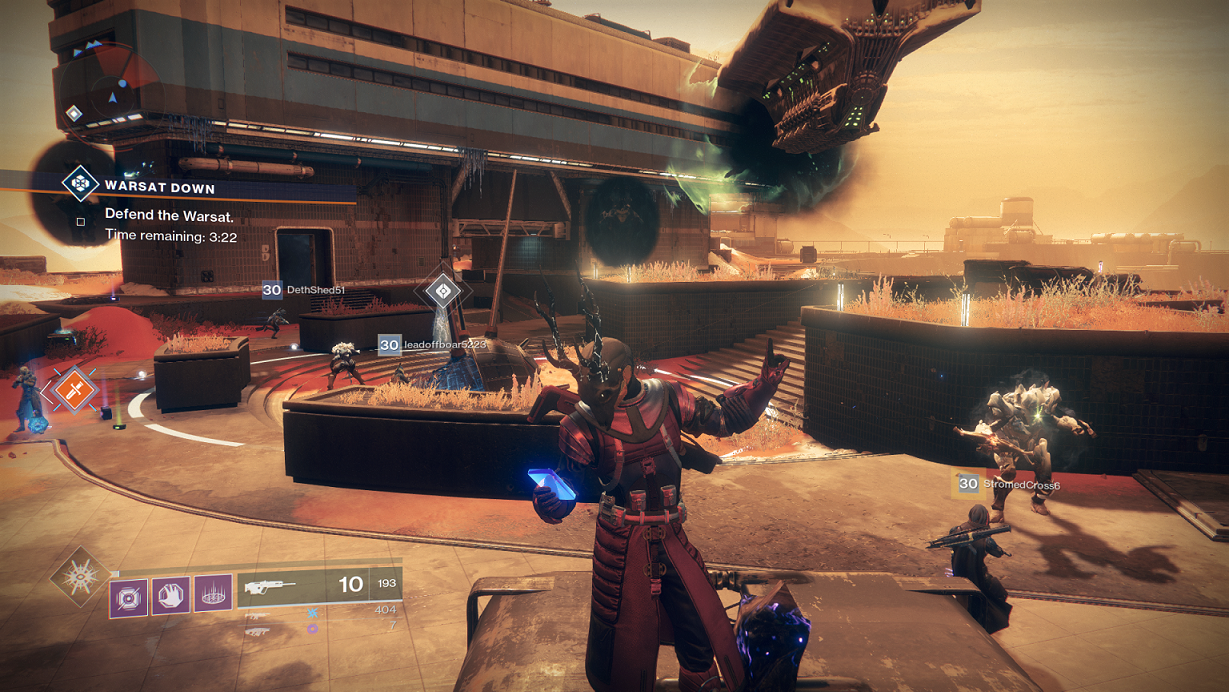 If you’re a long-time Destiny fan, you’ll either love it or hate it.  More casual fans of the game will probably find more enjoyment out of this expansion, as many of the expansions issues only pop up with extensive play.  Generally speaking, for the cost of the expansion, I felt the included content was not only well worth it, but fun to play.  Warmind brought me back to Destiny 2, and unlike Curse of Osiris, I wasn’t left with a bad taste in my mouth.  Unless you have a really big issue with reused content, Destiny 2: Warmind is a fun expansion that is worth the time and money.