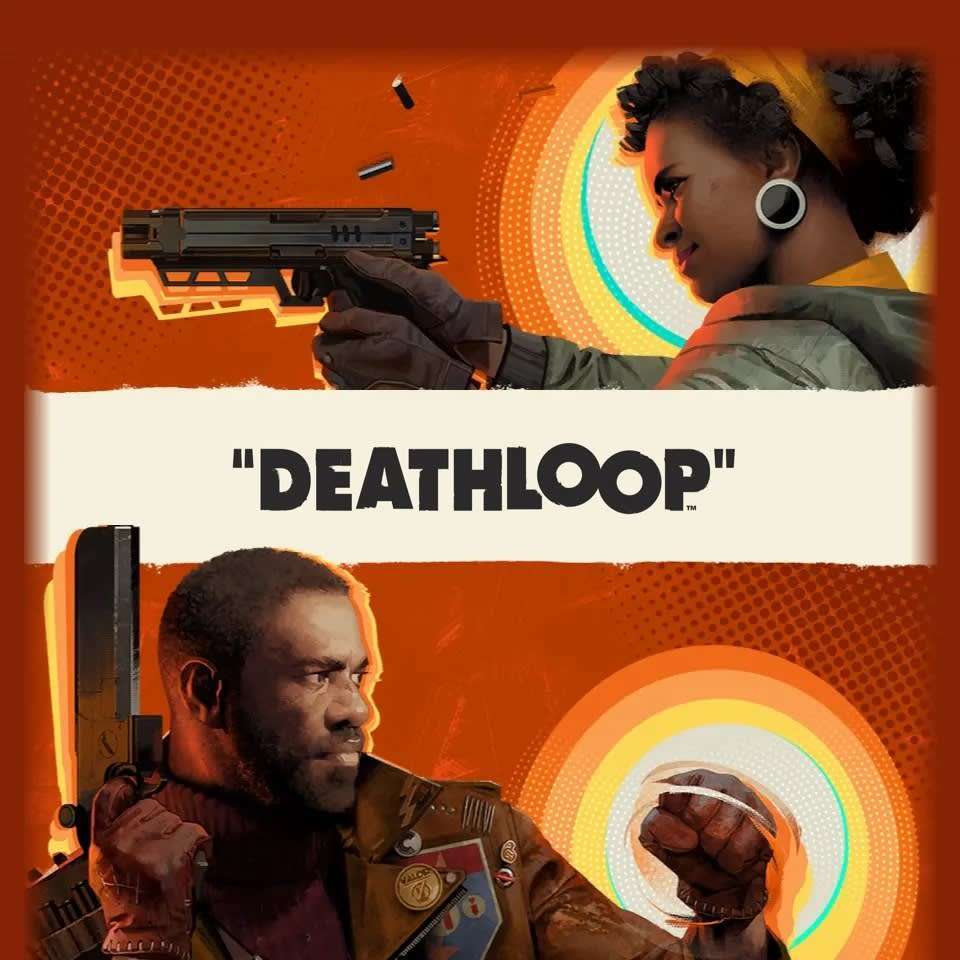 My favorite part of Arkane games (Dishonored, Prey) are the environments. The detailed sandboxes are often visually stunning, fun to mess around in, and tell a story of their own. Deathloop adds a fourth dimension of time by expanding each level into four different periods of a day (morning, noon, afternoon, evening). It’s an interesting gimmick that has potential for layered story telling and puzzle solving, at the cost of reducing the total levels to just four locations. The levels and characters change throughout the day, with wild parties, trashing the place, and a sudden snow flurry to shake it up visually.

The time loop is a double-edged sword though. On the one hand, it allows Arkane to expand on their stellar environments by telling a story over four time periods. On the other, it inevitably becomes less interesting to repeat. Patiently stealthing through a large level, past dozens of guards is fun the first few times but by the end I was sprinting through, gunning everyone down.

The main gameplay loop in Deathloop centers around dual wielding guns and magic abilitles to shoot and/or stealth through large levels, finding clues and killing one of the eight mini-bosses to gain abilities and upgrades. At first it seems like an open puzzle to find your own way of successfully killing each miniboss in only one day, but it soon becomes apparent the game has a more linear path that your character discovers as you go from checkpoint to checkpoint. It’s a clever journey, if a little more hand-hold-ey than I would have guessed.

The shooting was effective, with an interesting variety of guns, but my version (pre-order/deluxe perhaps?) came with a silenced golden gun that was incredibly effective at headshots. Ammo drops were sometimes scarce enough that I was forced to use different gun types. Using the Nexus ability to link enemies together and head-shotting one to make several fall at once was always satisfying, though felt so overpowered I rarely used anything else.

There are only four main abilities for Colt to acquire and just two equipped at a time which felt like an odd restriction for a game centered around playing with those abilities. Abilities are acquired by assassinating Visionaries (minibosses) that carry the Slabs. Upgrades come from killing the Visionary again. The upgrades add some variety to the powers, and there are also ‘Trinkets’ that act as buffs for your character and weapons. These could lessen the noise made from moving, recover health when dealing melee damage, or make it easier to dual-wield guns. I used Nexus 100% of the time, rotating in some others to add variety.

The main enemies are a bit of a letdown. Their AI is weak and they look and act the same, while all wearing masks that remove even more chance for personality. There are a few nice instances of overheard dialogue that’s great for comedy, but when it comes to killing them, it’s all very samey. It was also never fully explained why every person on this island is a trained killer and ready to murder Colt. I get that he betrayed them as former Captain of Security, but wouldn’t some take his side or be hesitant to kill? The environments are incredibly well executed, but feel empty of life.

The plot has never been a highlight of Arkane games and Deathloop doesn’t improve on that. The story builds to a big reveal but fails to attach enough meaning or emotion to the events that I felt fairly unsatisfied with the endings.  However, the player character Colt and main antagonist Julianna have fantastic banter that’s well written and performed. This is a nice addition as stealth games with plenty of one way audio logs can feel lonely at times.

Overall I found Deathloop to be an engaging experience for an Arkane fan, with some interesting highs and lows tied around the time loop mechanic. I put roughly 20 hours in, completing the main story and was fairly excited and engaged each 2-4 hour session I had with Deathloop.  There were only two instances where I felt bored by the tediousness of its design. One in particular happens near the end, which unfortunately cuts off the momentum when it should be ramping up to the climax. The player must continually revisit the same area to proceed to another area to put the final pieces together. It became very numbing by the end of it. But those instances are very rare overall and the entire experience is quite well paced.

Arkane fans will find a lot here to enjoy and I applaud the developers for taking a chance and designing their entire game around such an ambitious mechanic. There are some tedious lows and the AI drags down combat, but overall I had a solid, memorable experience.