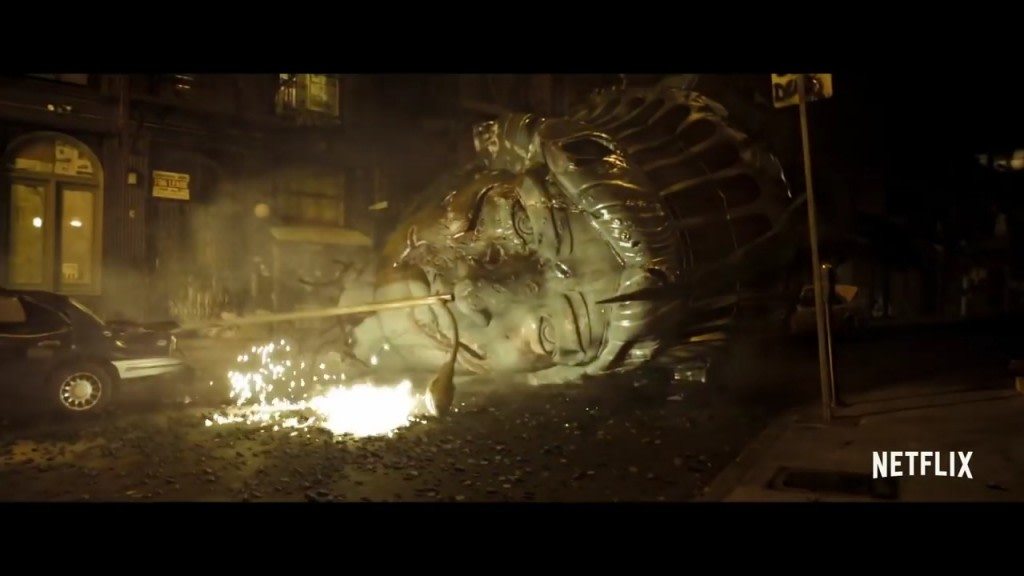 The Cloverfield film franchise started back in 2008 with the original movie, aptly named Cloverfield.  The original film followed a group of friends living in New York City, celebrating a going-away party for their friend.  Suddenly, they find the city under attack from an unknown threat.  The original film was widely regarded as one of the better “handheld camera” style horror films of the time.  The series continued with 10 Cloverfield Lane, releasing in 2016.  This surprise sequel released mere weeks after its announcement trailer, and was received well.  The film had a vastly different tone than the original, taking place in an underground doomsday bunker.  Now, in the most surprising of all reveals, the third film has released on Netflix.  The initial trailer for the film was a mere thirty second television ad during the 52nd NFL Superbowl, and the movie released on Netflix directly thereafter.  Now that I’ve had the chance to watch the movie, let’s see if the surprise was just as sweet on the other side.

Note: This review will contain no spoilers for any of the Cloverfield films. 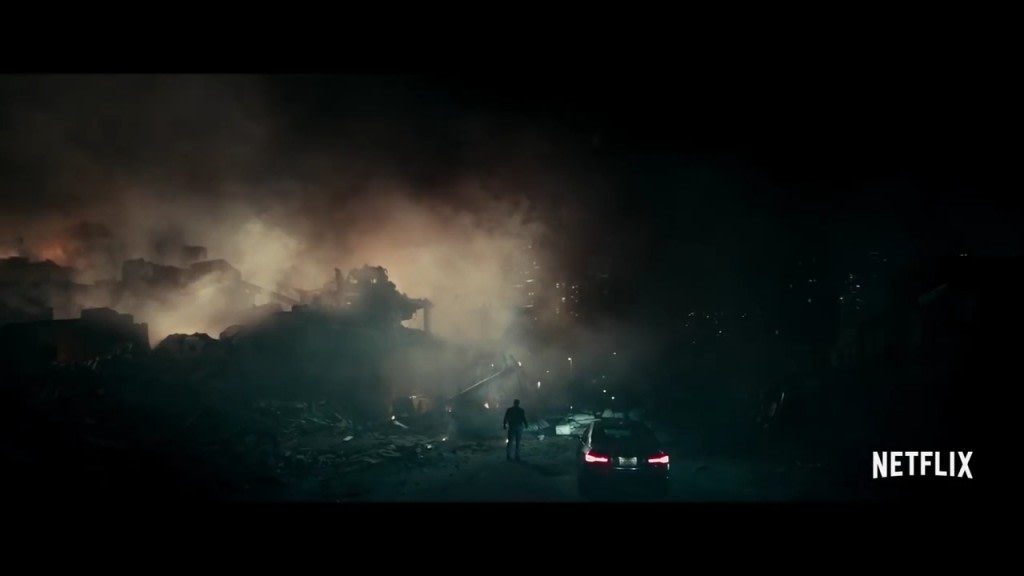 Flipping the script yet again, The Cloverfield Paradox immediately surprises by its central location, space.  The film mainly focuses on the crew of a recently formed space station.  Due to the dwindling amount of fuel on the planet, scientists have started experimenting on ways to create energy.  The crew aboard the space station work on one such experiment, that eventually ends up having dire consequences.  Throughout the film we get to know the crew, learning a bit about each of their personal backstories.  Some characters get more screen time than others, but most of the crew is fairly well represented. 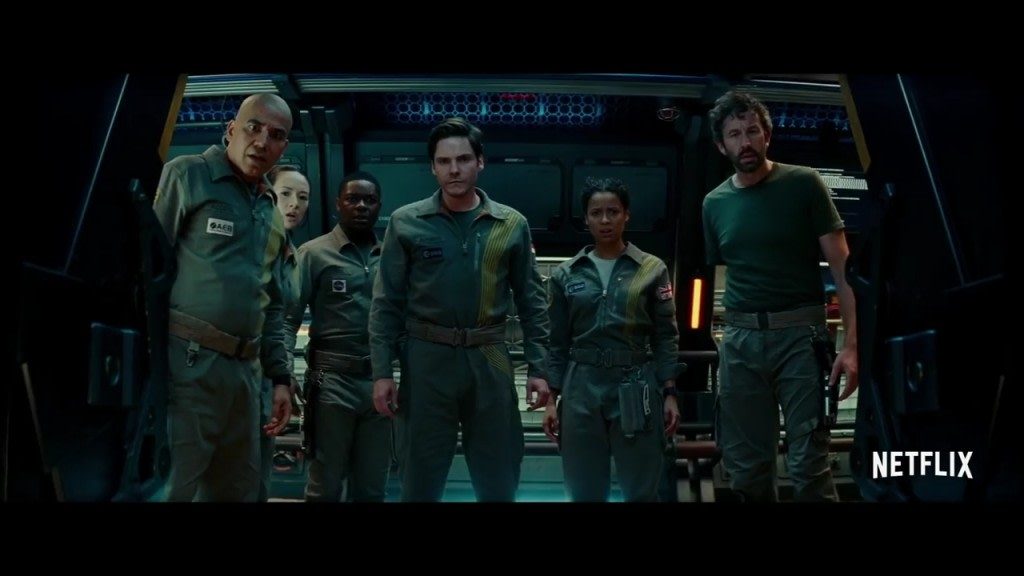 Led by Commander Kiel (David Oyelowo), the crew all have distinct personalities and jobs aboard the ship.  Working as a well oiled team, Hamilton (Gugu Mbatha-Raw), Schmidt (Daniel Bruhl), Monk (John Ortiz), Mundy (Chris O’Dowd), Volkov (Aksel Hennie), and Tam (Zhang Ziyi) all attempt to fix the Earth’s energy problem.  The film is loaded with many ideas, both of scientific and philosophical theory.  Despite this, The Cloverfield Paradox does a good job giving the audience enough time to care about each character.  My personal favorites were Mundy, played with excellent wit and comedic timing by Chris O’Dowd.  Gugu Mbatha-Raw puts on a good performance as Hamilton, and I was equally impressed with Daniel Bruhl in the role of Schmidt.  All told, the entire cast is well formed and not a single performance was unlikable.

No One Can Hear You Scream

The first Cloverfield film was a horror film, and 10 Cloverfield Lane was more of a thriller.  The Cloverfield Paradox falls firmly in the middle, creating tense situations and also delivering some cringe inducing visuals.  That being said, violence in The Cloverfield Paradox is often more action-orientated than horror based.  Sure, a few scenes might make you squirm, but overall the film is far more tense than scary.  The early acts of the movie were very reminiscent of the original Alien in tone, but became more quick and flashy towards the end.

The film fluctuates tone quite a bit, and the opening act had me creeped out properly.  By the end, I barely felt a hint of that fear.  Unfortunately, the pacing gets a bit jumbled towards the end, resulting in a somewhat hurried wrap-up.  The Cloverfield Paradox does a great job on the build up, but occasionally flubs the delivery.  Character motivations and their general regard for the situation at hand can get a bit unbelievable, and some scenes feel tacked on for time rather than narrative importance.  That being said, I was invested in the story thanks to the fantastic opening act, and found the film’s pacing and tone issues to be forgivable.

The Bottom Line on The Cloverfield Paradox

If you’re a fan of the Cloverfield franchise, you should definitely watch this movie.  I fear that some people might worry about The Cloverfield Paradox skipping theaters and going straight to Netflix.  The “straight-to-home video” aspect of this movie has no bearing on its overall quality, and I was happily surprised by the production and cast. 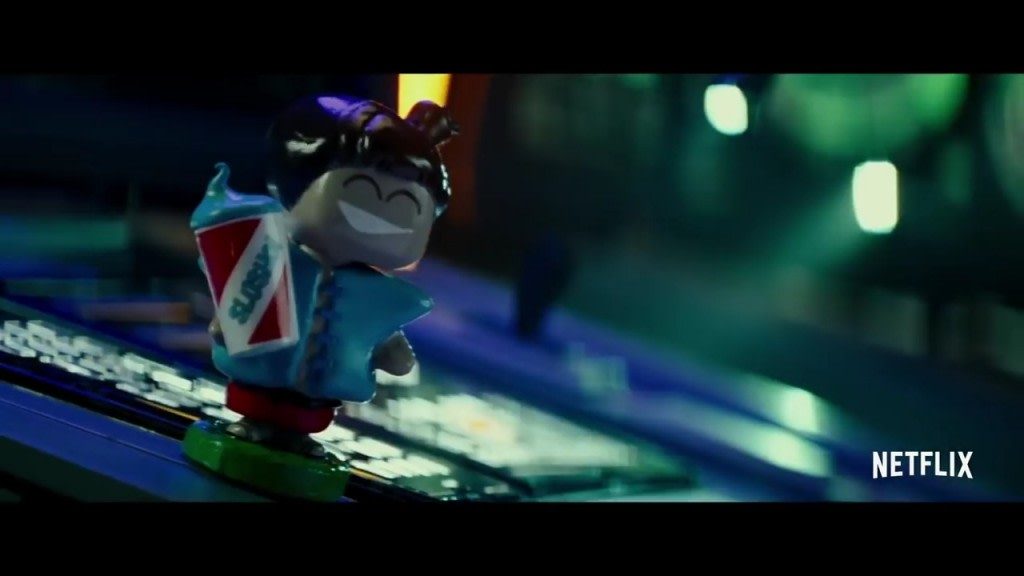