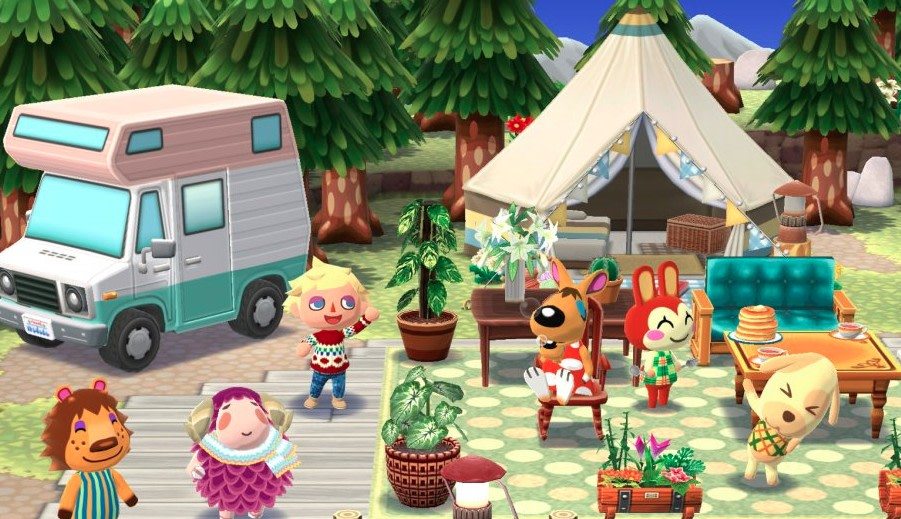 Animal Crossing: Pocket Camp is the mobile app game taking the world by storm right now. It’s the first new piece of Animal Crossing content since New Leaf‘s Welcome amiibo expansion from last year, and fans are soaking it in. Pocket Camp introduces some exciting new features never included in the series before, but it also leaves some things to be desired. Interestingly enough, the game’s best, most innovative element goes hand-in-hand with its worst, most monotonous feature. Let’s dive into it.

A huge new feature introduced in Animal Crossing: Pocket Camp is crafting. In previous Animal Crossing games, furniture items, public works projects, and clothing can only be acquired by purchasing them with bells, the series’s in-game currency. Since the game is played in real time with a limited selection of goods sold each day, waiting for your desired items to become available can be a drag. Some items are even more difficult to find due to seasonal and regional exclusives.

With crafting in Pocket Camp, you can actually build the furniture and public works projects — called “amenities” in the mobile game — with gathered materials. If you have the resources to make it and bells to pay for it, your local llama Cyrus can assemble any item you have unlocked. Players will soon be able to do the same with clothes as well! So instead of waiting for the daily rotation of items for sale from the Nooklings or Able Sisters, you can just do it your damn self and have that ranch table built by lunchtime!

Like I said, the best feature of Pocket Camp is also its worst. While building new pieces of furniture and campsite amenities is fun, the act of gathering the materials you need to craft all these items is pretty tedious. You need resources like wood, steel, and cotton for any craftable item, and you can’t gather them by, say, chopping down a tree, mining ore deposits, or picking cotton like in most games. Instead, you must complete fetch quest after fetch quest for villagers, who reward you with crafting materials.

Completing a fetch quest also raises the friendship level of the villager, which makes the system feel pretty hackneyed. I would rather use tools on the environment to gather my resources for crafting and focus on fetch quests when I want to raise my friendship level with villagers, but Pocket Camp does not allow for that much interaction and winds up forcing players to overextend themselves on less-than-fun quests.

Crafting is rewarding, but the repetitive, unrelated tasks associated with crafting can render it stale.