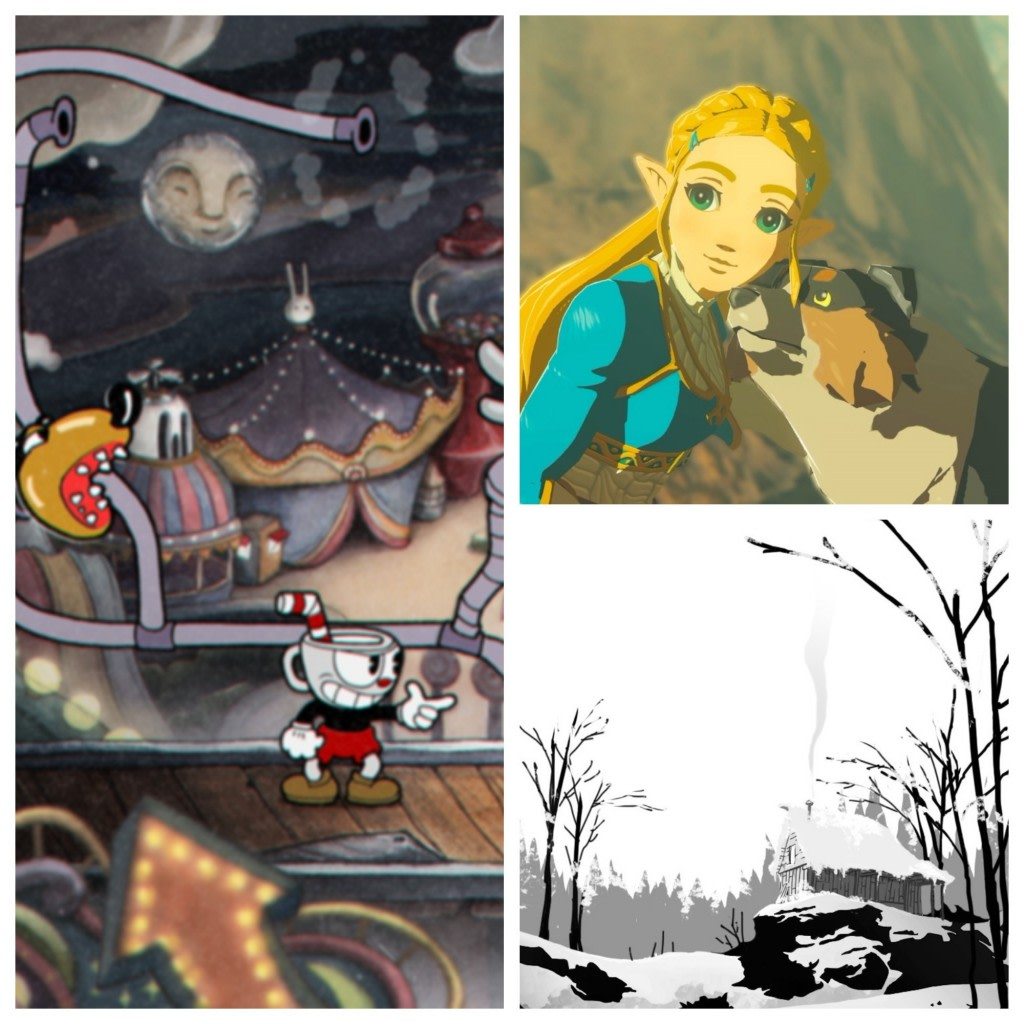 2017 was a hell of a year for great game titles. I can recall this time last year wondering if 2017 would follow in the preceding decade’s fashion of monumental releases. For example, 2007’s release of Bioshock, Super Mario Galaxy, Portal, Gears of War, Halo 3 or even 1997’s Final Fantasy VII, 007 Goldeneye, and Super Mario 64.  True to form, 2017 did not disappoint in terms of games that will long be held as an example of both inspiration, and competition to future titles.  Below are a select few of my personal favorites in no particular order: 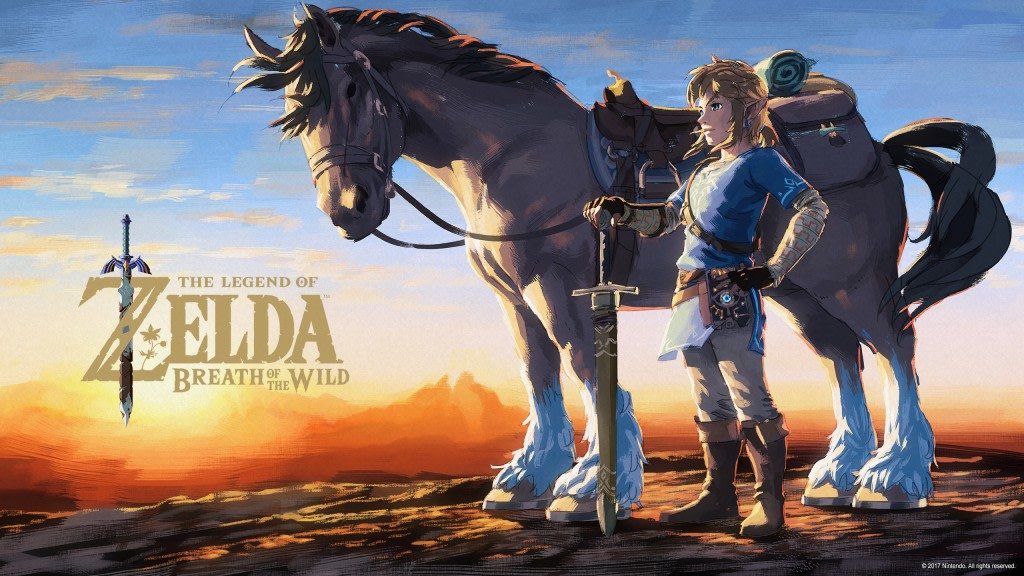 The Legend of Zelda: Breath of the Wild:

There, I said it.  I got it out of the way early because we all knew it was coming.  This game is on EVERYONE’S GOTY list, (for good reason) so I will keep it brief.  I have played The Legend of Zelda: Ocarina of Time and Majora’s Mask more times than I can count, and myriad other Zelda titles that have graced the lit screens of gamers worldwide.  Breath of the Wild is a masterpiece of music, visuals, narrative, and gameplay that combines in a masterful way.  This is the type of game that can be held up to the scrutiny of whether or not video games can be considered art.  The tight controls, open world, the sandbox style, and the sheer challenge this game presents is by and large the reason it will be, in my opinion, considered a modern classic for a long time to come.

This may be one of my few controversial choices.  The Destiny 2 release became somewhat divisive as players began to explore the world and grind mechanics the game had to offer.  After beating the story mode in one sitting, I climbed aboard the massive treadmill of gear and tried to sink my teeth into another space-themed Skinner box.  If I’m being honest, I’m a junkie for progression-based gameplay like Destiny.  Bungie delivered in the newest iteration of ongoing space opera, Destiny 2 and the DLC followup Curse of Osiris.   While this game certainly had its shortcomings, I enjoyed the hell out of it, but only time will tell if I have the patience to clock as many hours with this shooter as I have in the first Destiny.  The added bonus, though not a consideration I account for in my nomination for this list, is that Bungie tends to take constructive fan feedback and turns it into much-needed changes to gameplay over time.  I have faith that the trajectory of Destiny 2 will follow the precedent set by Destiny DLC The Taken King.

What Remains of Edith Finch:

Giant Sparrow provided 2017 with what I would consider my favorite walking sim to date.  After playing through similar titles like Firewatch, and Kholat this year, Edith Finch really drove home what I hope to be the benchmark for future games of this style.  With a whimsical soundtrack, a twisting tale that echoes a Tim-Burton-meets-Wes-Anderson style of storytelling, and a fearless but constant companionship with the concept of death, this game carves a path through the atypical lives of the Finch family, and their “cursed”, premature demise.  There’s a lot, creatively, that Finch effortlessly touts from the moment you begin exploring the eclectic Finch estate that winnows its way life-by-life through the entire family tree.  This game has serious style, and isn’t afraid to keep things just a bit weird. It’s a breath of fresh air in an increasingly dense subcategory of games. 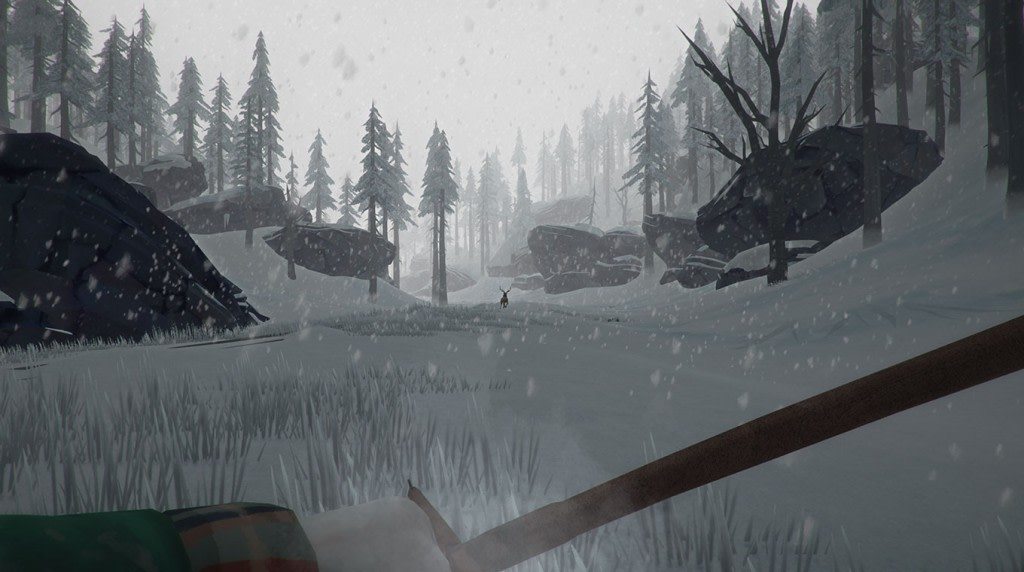 For any of you familiar with my writing on A 90s Kid, you are already aware of my love for The Long Dark.  Part survival game, part narrative walking sim, The Long Dark has a treacherous handhold on my heart; real estate that was formerly occupied by games like Rust and Hurtworld.  Survival games too often become early access fodder that begin as a promising take on tribal dynamics and resource automation. But like many multiplayer servers in games like these, they devolve into a lobby full of idiots in loincloths hitting each other with rocks between unintelligible, yet somehow offensive grunts.  If Rust is a measure of human greed, The Long Dark is a measure of human resilience.  I’ve never experienced so much overt anxiety over decisions being made in the name of survival.  If you encounter a branch that you need to deconstruct for life-saving firewood, you have to weigh each possible option. Spend 20 minutes in the unforgiving cold breaking down the branch, or trek further hoping for a car, or other shelter to weather out the wind storm?  Never has a game made me feel so alone while also making me feel like the master, and victim, of my own fate. This is one to play with headphones on in a dark room.  The immersion is what makes The Long Dark one of my favorite games of 2017. 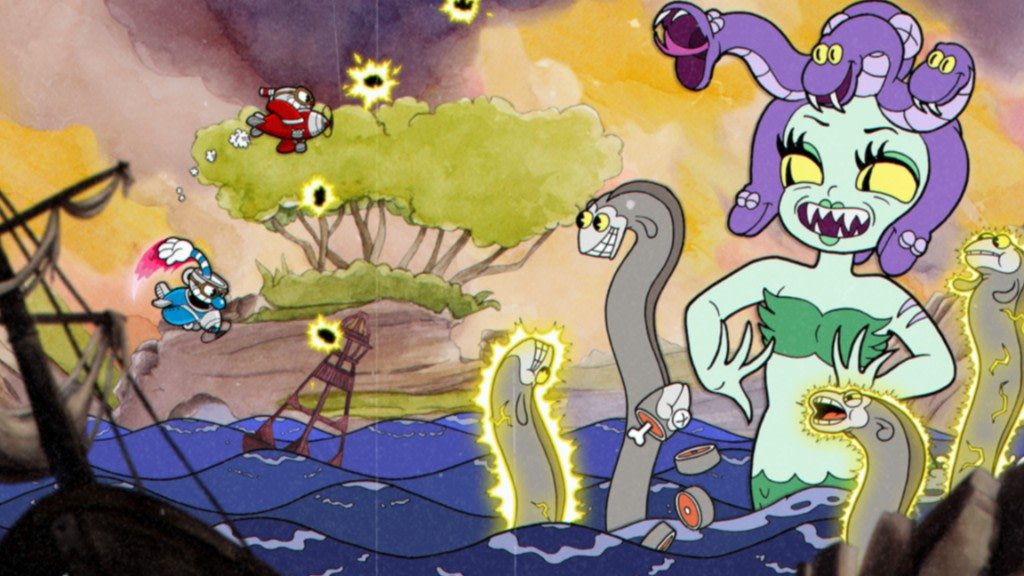 Cuphead and his friend Mugman, they like to make me throw things.  Cuphead is the frustratingly difficult, deceptively simple platformer this year had to offer. The gameplay was nothing crazy innovative or groundbreaking, but the visual style of this game is unlike anything the industry has seen executed this well in a long time, if ever.  The most impressive aspect of this game is the hand-drawn animation.  At first blush, Cuphead establishes itself by invoking a vast pedigree of old ’30s cartoons, complete with unnerving character design and phonograph-like voiceover.  I spent a lot of time mastering the different patterns each level presented, drinking in the rich big-band/jazz backing tracks that accompany each frantic step of the game.  A workable couch co-op elevated Cuphead from humble platformer to veritable relationship-ender of a similar caliber of Mario Kart or Mario Party. All told, Cuphead was a great mid-season pick-me-up in 2017.

Author’s Note: My GOTY list was generated by taking some major things into account that I value in titles such as: visual style, soundtrack and audio design, clever level/world design, and strong narrative.  While I recognize that my list doesn’t stray too far from the industry darlings that others have selected, I do take my selection process seriously, and consider these titles to contain the best of 2017 when concerning the aforementioned topics.  If you haven’t tried any of the titles listed above, I highly recommend you don’t stray too far into 2018 without giving them a shot!