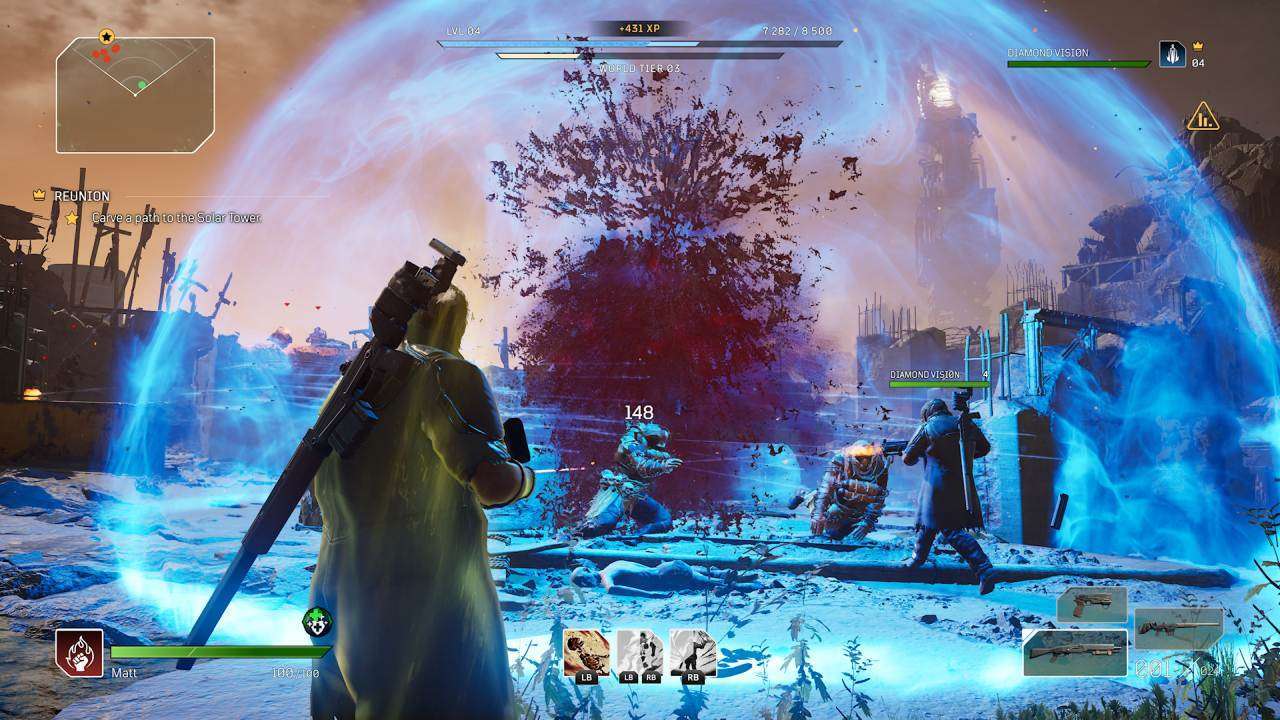 6 Beginner Outriders Tips to Help You Get Started

Outriders can be a bit overwhelming when you first jump in. While it feels like a simple cover-based third-person shooter at first, a few hours of play reveal a surprising amount of nuance. Whether through the in-game crafting system, unorthodox combat strategies, or simply unexplained mechanics, there are plenty of ways to gain an edge, but the game doesn’t do the best job of explaining them. If I had a handful of Outriders tips when I first started playing, I’m sure the opening hours would’ve been far smoother and easier to overcome. To ensure that you have a more enjoyable time with your sci-fi shooter experience, I’ve crafted a list of some essential Outriders tips to save yourself some headaches. If you’re just jumping into Outriders or have already invested a few hours, these tips should help you all the same.

Outriders has some interesting cutscenes and segments of dialogue, but for whatever reason, the camera never stops shaking. As if filmed by a drunken cameraman doing their best imitation of Hollywood blockbuster shaky-cam, it’s so bad it’s somewhat laughable. Luckily, there’s an option to smooth out the endless Outriders camera shake, called “cinematic camera smoothing”. You can find it under the gameplay options menu, towards the bottom of the list. Do yourself a favor and crank that all the way up to the highest setting.

2. Pick a Class That Suits Your Playstyle

There are four classes to choose from in Outriders: Technomancer, Pyromancer, Trickster, and Devastator. Your main avenue of healing in combat heavily relies on your class abilities, so it’s best to pick one that fits with your general style of play. For example, the Devastator class gains health by killing enemies in close-range combat, which plays off its tank-style role that offers higher health and armor. The Pyromancer deals loads of damage, getting into the thick of the battle. For the sneaky and stealthy players, the Trickster is a solid choice, encouraging you to run deep behind enemy lines and execute unaware foes. Alternatively, the Technomancer provides long-range support and utility, and is a good fit for those who want to sit back and pick off enemies from afar. Pick a class that echoes your playstyle and you’ll have a much smoother time with the challenging combat that Outriders offers.

3. Use Your Melee and Stay on the Move

Taking cover is a big part of survival, which is pretty obvious for a cover-based shooter. However, staying on the move is equally important, as enemies love to throw grenades and flank your position. One of the most underrated tools of combat is the running melee, which helps you clear enemies while staying mobile. If you find yourself overwhelmed or need a quick burst of damage for crowd control, try a melee attack before dodging and dipping. While the melee attack isn’t strong enough to completely save you from an up-close ambush, it’s still a great way to deal damage on the go.

4. Save Time by Disassembling Gear on the Ground

Outriders has a gameplay loop that should be familiar to anyone who has played a loot-driven game like Diablo or Destiny. You’ll go out on a mission, kill loads of enemies, collect some loot, and then return to base to check out your spoils. If you find yourself growing tired of cleaning up your inventory every time you finish a mission, try disassembling gear you find on the ground. If you look at an item that’s on the ground, you should be able to disassemble it within a second or two. This will give you all crafting and mod resources immediately while saving some inventory space for better gear.

Sometimes, picking up or disassembling gear during battle isn’t very practical. With enemies rushing you and bullets flying, the last thing you’ll want to do is stick your neck out to grab a piece of gear. Luckily, there’s an option that automatically retrieves any gear you’ve left behind in a level, ensuring you don’t miss anything good. By default, the “auto loot minimum rarity setting” is set pretty high, only retrieving super-rare items. We recommend lowering this setting a few ticks, as weaker pieces of gear are great for dismantling, which earns you crafting resources. Before you accidentally leave behind a quality piece of gear, be sure to adjust the auto-loot setting to a lower rarity.

6. Boost Your Favorite Weapons Through Mods

At first, the crafting system in Outriders can seem a bit overwhelming. However, after disassembling a few pieces of gear and tinkering with some low-level items, you’ll quickly gain your footing. Getting comfortable with crafting is important, as the mod system is essential for adjusting powerful gear to gel with your class and chosen abilities. For example, early in the game I favored a light machine gun, and while I could’ve swapped to other, more powerful weapons in my inventory, I chose to upgrade it instead. By disassembling various pieces of gear, I was able to optimize my light machine gun with the crafting resources, swapping precious mods and upgrading its damage output. Whenever you find a weapon you really enjoy using, enhance it with mods and improve its stats through the crafting system. This will let you keep your favorite weapons equipped without losing out on potential damage.