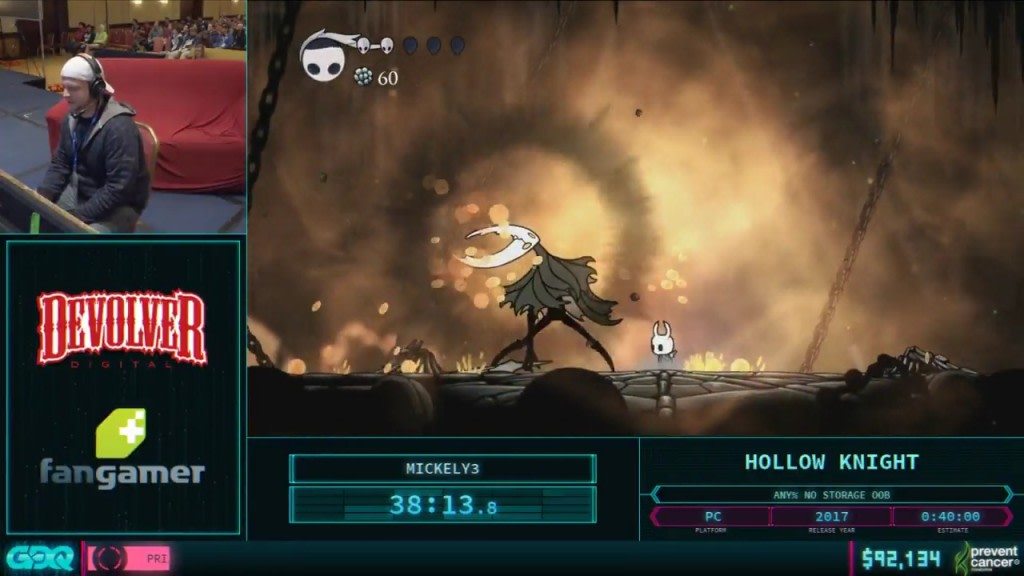 Twice a year, the week-long speedrunning marathon Games Done Quick streams live in an effort to raise money for charity.  Their winter event, Awesome Games Done Quick, has already seen the end of its first day.  With six more days of speedrunning left to go, there’s already been a few awesome moments and a jam packed schedule of amazing games.  Having spent the whole day feasting on the quick times of these talented speedrunners, let’s take a second to look back at the best stuff AGDQ 2018 had to offer on its first day.

Remember, you can check out AGDQ 2018 live from now until January 14th.  Check out the live stream here, and for runs that have already been streamed, you can scrub through their Twitch VODs here.  You can also check out the full schedule of whats still to come right here. 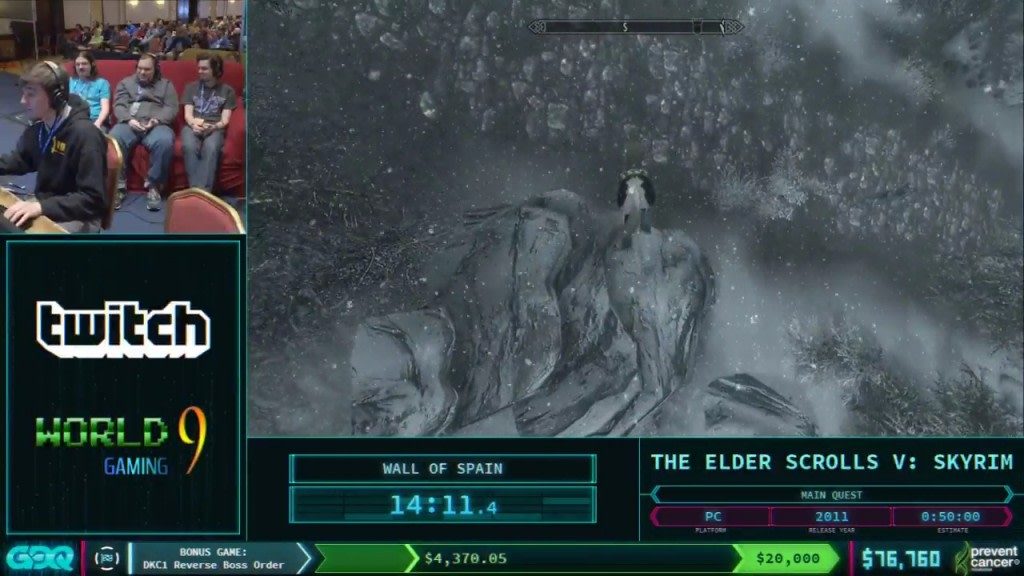 Although runner Wall of Spain did end up going over their estimated time limit, he and the couch had a bunch of laughs along the way.  The run focused on completing the main quest line of Skyrim as quickly as possible, mainly through the use of a movement glitch.  By mounting a horse and climbing up on a rock, Wall of Spain was able to eject himself from the horse at an awkward angle, gaining a ton of speed.  By using this trick, he was not only able to reach the various locations in the massive world of Tamriel exceptionally quick, but his repeated failed attempts provided some hearty laughs as well.

Hollow Knight (Any%) by Mickely3 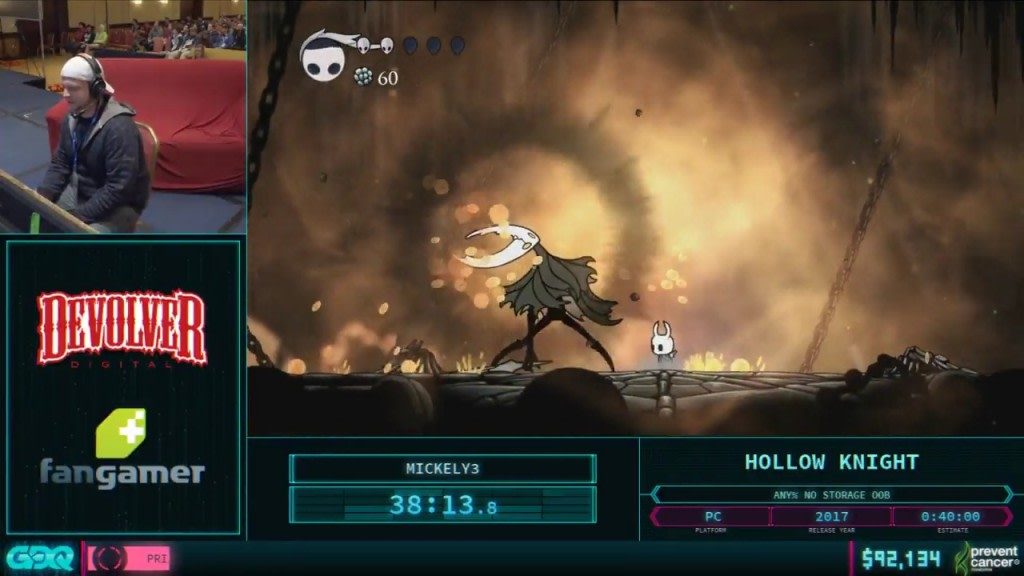 Hollow Knight was a 2017 release that I unfortunately did not get to play.  I heard great things about its art style, boss design, and Metroidvania style of gameplay.  Luckily, Mickely3’s run only showed off 1/6th of the bosses, giving me just enough of a taste to want to play the entire game.  Through absolutely insane movement optimization, great boss strategies, and some hefty sequence breaks, Mickley3 was able to best the year old release in under 40 minutes. 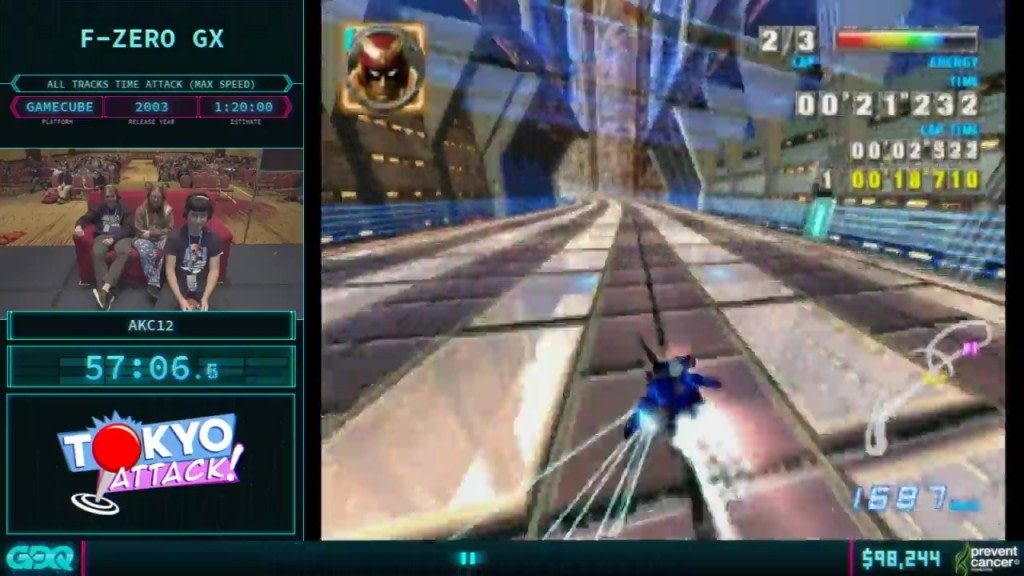 F-Zero is so intimidating to me.  Its insane speed and demand of precision is difficult, even for casual players.  Watching runner AKC12 demolish this futuristic racer to with near perfection was astonishing.  Fully focused and rarely making a mistake, AKC12 demonstrated just how much persistence and practice can pay off.  For fans of the racing genre, or games with an incredible amount of speed, this is one run you shouldn’t miss.

Batman: Arkham Asylum (Any%) by Cojosao 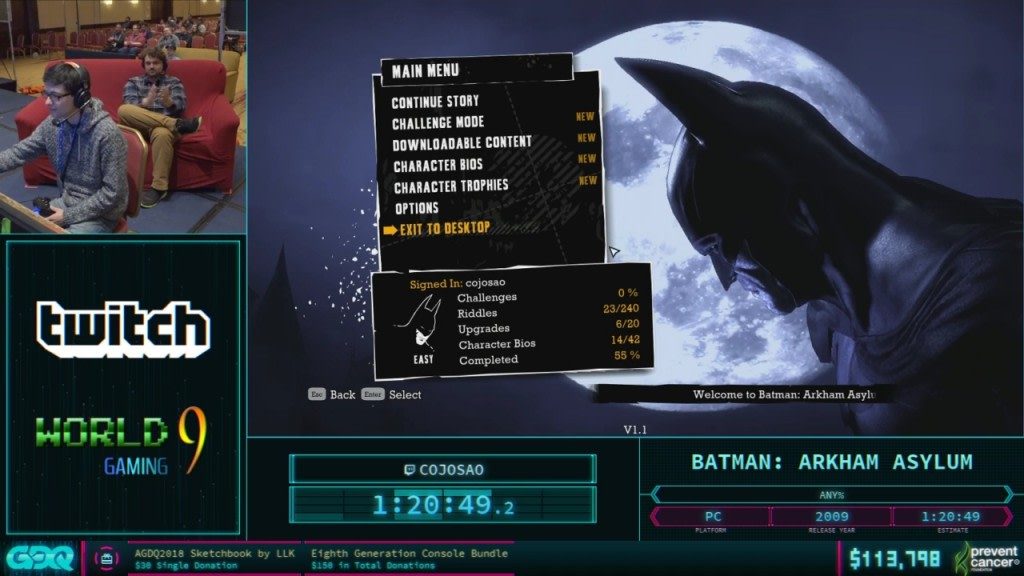 I’m a big fan of the Arkham series (except Arkham: Origins, ew), so watching runner cojosao fly through Arkham Asylum was a treat.  Besides a healthy amount of zingers from couch commentator BubblesDelFuego, the run was full of laughs and interesting tricks.  The most notable trick being the corner cover zip, a glitch that sends Batman flying across the map.  This, combined with some great out-of-bounds tricks, made for a highly entertaining hour of Batman fun.

It was a great day of speedrunning, and besides the runs above, there were plenty of excellent runs.  Here’s a look at how all the runs of the day turned out…

As with every GDQ event, donations were accepted and the proceeds went towards charity.  In 12 hours, AGDQ 2018 viewers managed to donate just over $100,000.  With six more days of speedrunning left, I can’t wait to see just how high that number will go, and if any world records will be broken.

That’s all I’ve got for you tonight, but be sure to check in at the end of each day for a new recap, and check out our Twitter for live reactions and updates!