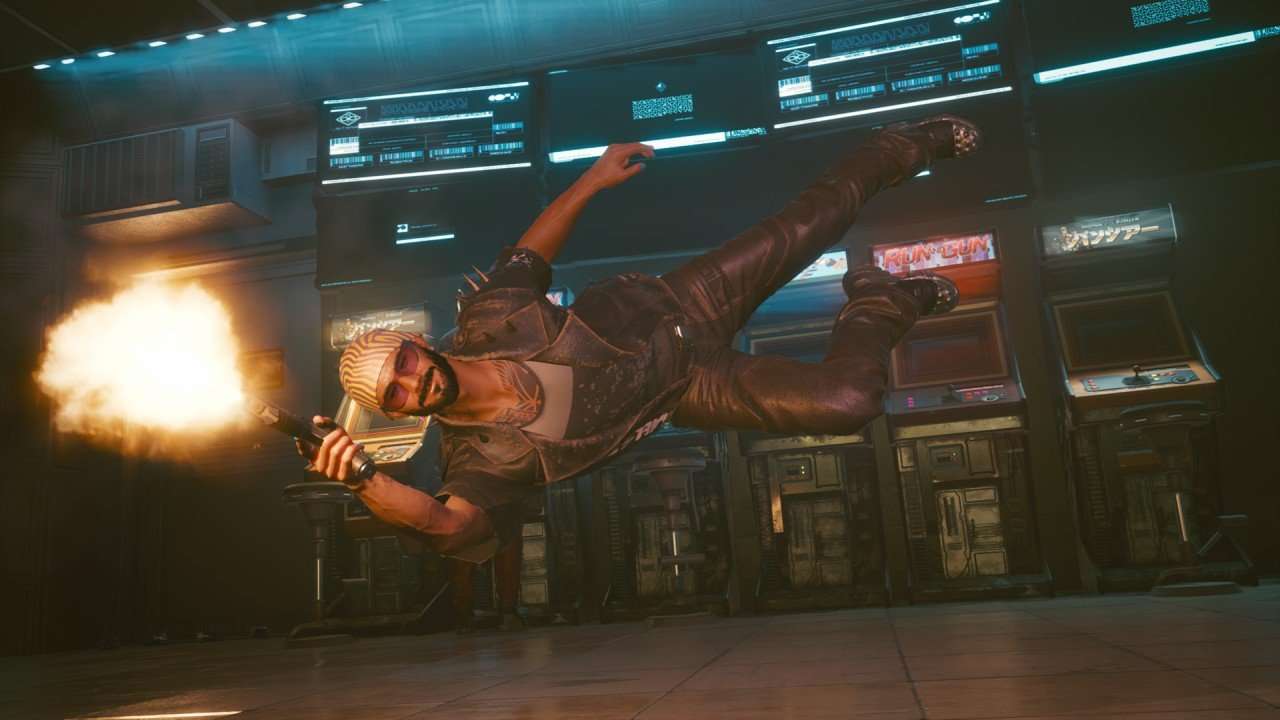 5 Essential Cyberpunk 2077 Tips For Starting Out in Night City

When you’re first starting out, Cyberpunk 2077 can be really overwhelming. The map is packed with icons, there are tons of menus and mechanics, and your attention is pulled in tons of different ways. Navigating the opening hours of Cyberpunk 2077 can feel laborious at points, but we aim to make your experience easier with these beginner tips. Whether you’re a seasoned veteran of open-world RPGs or completely fresh to these expansive and immersive adventures, these Cyberpunk 2077 tips should help you get a head start.

Just in case you’re worried, there will be no spoilers in this article whatsoever. These Cyberpunk 2077 tips for starting out are focused on the intricacies of combat, upgrading your character, and navigating Night City. There will be no mention of any mentions of characters, plot points, or mission-specific details.

Motion blur has become increasingly prevalent in modern games and it’s not a good thing. While effective when used under the right circumstances, motion blur is terrible in a game like Cyberpunk 2077. The game’s ultra-neon aesthetic can be overwhelming at times, and when you’re trying to pick out items or enemies in the environment, you’ll want things to look crisp and clean.

To make your journey in Night City far more visually appealing, be sure to disable motion blur in the options menu as soon as possible. I also recommend turning off lens flares, as these colorful reflections are used in overwhelming excess, but some players may appreciate the atmospheric touch they afford. These extra filter effects are also more taxing on your hardware, often causing the game to run slower and produce more visual glitches. Either way, don’t be afraid to tinker with the graphics settings, especially if you’re playing on a console.

When you start your adventure as a mercenary in Night City, your inventory is going to be pretty weak. Besides a few pieces of clothing and a pistol, your character will be empty-handed. Luckily, you can find some pretty useful stuff by looting every container and body you see. Every nook and cranny of Cyberpunk‘s map is packed with boxes of useful loot, but these aren’t marked on your mini-map.

By tapping the scan button (L1/LB on consoles), you can reveal lootable objects nearby, usually represented by colored icons. You can find grenades, ammo, health packs, random junk items to sell to vendors, and much more. If you’re diligent about your looting, you’ll have a hefty backpack full of goodies in no time.

3. Be Flexible with Your Gear

Buying new guns and armor is expensive, so at the start, I recommend scouring fallen enemies to expand your arsenal. Don’t get too attached to a specific piece of gear, as you’ll likely find something more powerful before long. This is especially true for clothing, so don’t worry too much about figuring out the perfect outfit in the beginning.

After a few hours of play, my character wound up wearing booty shorts, sunglasses, a biker jacket, and red hot sneakers, all because those pieces of clothing were the best I had found. A couple of hours later, their entire outfit had already changed, as a few combat encounters with higher-level enemies yielded better (and more stylish) gear. Just stick with whatever boosts your stats the most at first.

4. Focus On Main Missions Until Act 2

Cyberpunk 2077‘s story is split into three major acts, which guides you through the various districts of Night City. There are tons of side quests, combat encounters, and points-of-interest to check out, but until you reach Act 2, a lot of the map will be inaccessible. While you can spend plenty of time exploring the first region, you’ll probably feel too underpowered to take on most of the extra content.

Act 1 isn’t short by any means, and should take you at least 5 to 6 hours to complete. The early main missions offer a lot of narrative context for the world and characters, so before you go running off towards bonus mission markers, make some progress in the story. You’ll unlock some useful tools, level up, and be ready for Night City’s full offerings in no time.

5. Upgrade Your Technical Ability and Body to Level 7

At the start of the game, V has five stats you can upgrade: Body, Reflexes, Technical Ability, Intelligence, and Cool. Each stat corresponds to different aspects of the game and you should upgrade these stats based on your preferred play-style. For example, players who favor stealth will enjoy the Cool stat and the different perks you can gain from it, while gunslingers will prefer the Reflexes stat. However, you should consider upgrading your Body and Technical Ability to at least level 7 early on, regardless of your overall gameplan.

For starters, the Body stat gives you extra health, stamina, and melee damage, while the Technical Ability stat boosts your armor by 5% every time you upgrade it. These are great passive bonuses to have when you’re starting out, but are not the main reason for this tip. Instead, having a high Technical Ability stat allows you to unlock doors, which is something you’ll need to do often. Some early side-missions will require you to bypass said doors, so unless you want to take the time to find alternate routes, start investing in Technical Ability at the beginning. Some doors can also be ripped open with a high Body stat, but the other doors are more common, so prioritize Technical Ability above all else when you can.