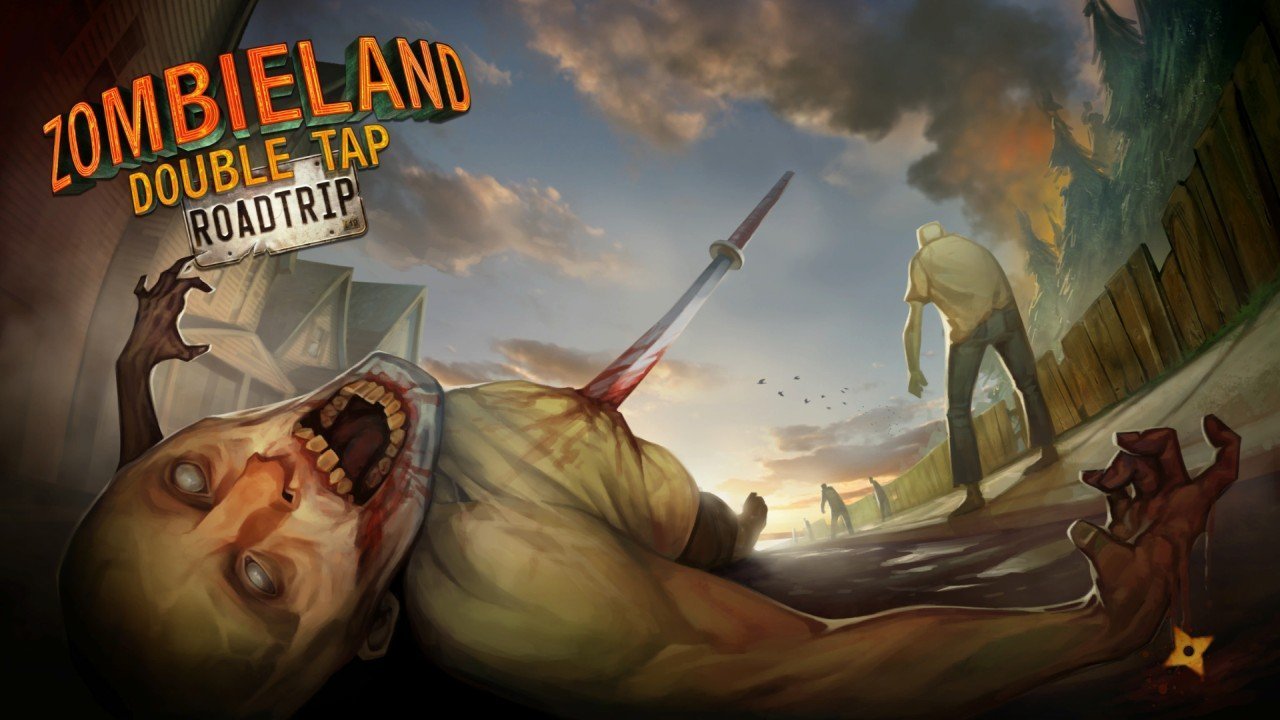 Zombieland: Double Tap – Road Trip is, Surprising No One, Not Very Good

The story in Zombieland: Double Tap – Road Trip follows four playable characters: Columbus, Tallahassee, Witchita, and Little Rock. The plot is an utter mess, barely introducing the characters and lacking any sort of focus. Either solo or with a party of four players, you’ll travel across the United States on a “campaign trail” road trip, as Tallahassee has decided he wants to become President. This requires you to travel from California to Washington D.C., stopping at ten different locations along the way. The entire presidential campaign plot is a barely funny running gag, which acts as the entire narrative focus.

Since each of the four main characters are based off of popular actors and actresses, the voice-work is as shoddy as you’d expect. It’s obvious that none of the cast returned to their roles for the game, leaving us with mediocre impressions. Most of the story plays out in small dialogue sections, with character portraits and text popping up on-screen. Most of the character portraits resemble the original movie actor, with the exception of Witchita (originally played by Emma Stone). It almost seems like they were able to convince everyone to sell their likenesses for the game, except for Emma Stone.

Since the plot is ultra-thin and fails to be funny or scary (both key factors in the Zombieland movies), the weight of the experience rests in the gameplay. Unfortunately, that’s just as sloppy and uninspired as the story. Apart from exceptionally slow movement speed, characters feel decent to control. Blasting zombies is a pretty simple affair, since there’s a handy indicator that shows where you’re currently aiming. Each character has a special ability to use, which can be activated once you’ve killed enough enemies. These range from ineffective to completely over-powered, depending on which character you choose. For instance, Little Rock becomes essentially unstoppable during her special ability, as she constantly regenerates health and gains increased fire-rate and damage. On the other hand, Columbus can slow-down time, making the experience even more tedious than necessary.

There are a dozen or so different weapons to find and use, although most of them feel exactly the same. With the exception of the mini-gun and shotgun, most guns do the same amount of damage and have similar shot patterns. This is especially true for the handful of melee weapons in the game, which beyond having a slightly altered attack animation, feel completely identical.

Although the main gameplay in Zombieland: Double Tap – Road Trip is functional, the problems quickly start to arise. Out of the ten main missions, most of them are either incredibly brief or annoyingly long and repetitive. There are two individual escort missions, both of which see you escorting an ultra-slow grandmother through hordes of zombies. These missions are obviously played for laughs, but that doesn’t stop them from being completely dull and arduous. Worse yet, levels have no checkpoint system. If you happen to walk into an environmental hazard to get stuck in a group of zombies and perish, you’ll be sent all the way back to the start. I first discovered this during the tutorial mission, which set a tone for the experience to come.

When you’re not listening to the lackluster dialogue and unfunny jokes, you’ll enjoy the sweet sounds of silence matched with an occasional zombie grunt. Apart from the main menu, there’s an obvious lack of background music or sound design, resulting in an oddly quiet experience. In fact, the most prevalent sound I heard while playing Zombieland: Double Tap – Road Trip was the incessant buzz of my controller vibration.

While the game promises a “road trip across the United States”, what it actually delivers is quite the opposite. While most levels are different environments (a carnival, a gas station, a neighborhood), they mostly look similar, utilizing the same muddy textures and art. The graphics themselves resemble a mobile game more than they do a modern console game, which is a further insult to the price tag. While not overtly horrendous or glitchy, the visuals lack any sort of imagination or personality. Much like the rest of the game, the presentation in Zombieland: Double Tap – Road Trip leaves a lot to be desired.

Unless you consider yourself a Zombieland mega-fan who needs every piece of licensed merchandise, you probably shouldn’t buy this game. The plot is messy, the gameplay is uninspired and repetitive, and there’s barely any music or sound to comment on. The entire product feels rushed, with a few RPG mechanics and a “horde” mode tacked on so the mid-tier price point doesn’t feel like a complete rip-off.

The ability to play with up to four players on one console is commendable, as many modern games lack local co-op. However, beyond playing a level or two out of curiosity, I doubt any party of four will find it to be a worthwhile experience. Besides some easy achievements and an odd nostalgia for bad movie tie-in games from the PlayStation 2 era, Zombieland: Double Tap – Road Trip doesn’t do much to impress or entertain. While it’s not the worst movie tie-in video game I’ve ever played, Zombieland: Double Tap – Road Trip is remarkably underwhelming and feels as lifeless as the zombies it features.