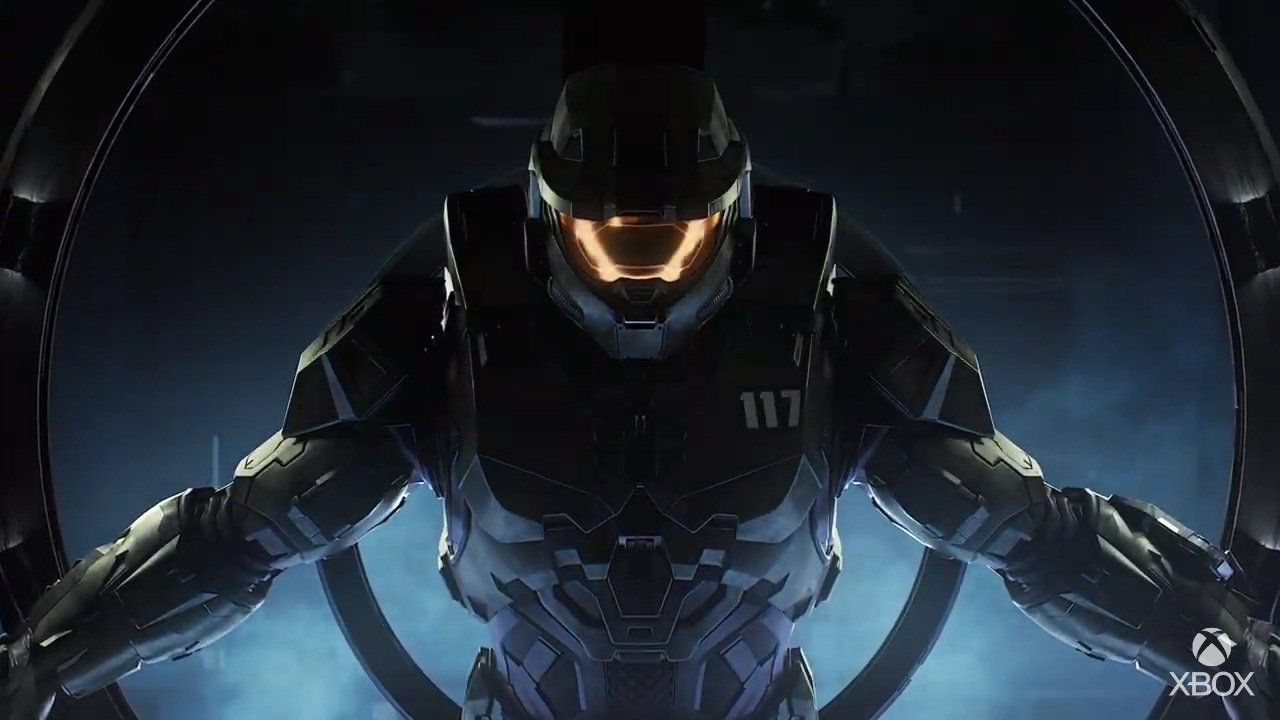 The Best Games Microsoft Showed at the Xbox Showcase

The Xbox Games Showcase was a pretty good event that, if anything, was packed with new game trailers and exciting announcements. It seems like Microsoft took the criticism of their previous digital presentations to heart, providing far more trailer and gameplay footage than marketing talk or long-winded speeches. There were dozens of trailers shown, so we’ve picked out the best stuff that was on display for you to check out. If you don’t have time to watch the entire Xbox Game Showcase, here’s a list of what you might’ve missed. With the Xbox Series X console launch in sight, we’re super excited for what the next-generation of gaming has to offer. This is the best stuff that Microsoft showed at the Xbox Games Showcase

Note: Everything shown in this article will be available for Xbox Game Pass members per Microsoft’s announcement at the beginning of the show. That means, if you subscribe to Xbox Game Pass, you’ll get to play every single one of these games with no extra charge.

The Best Stuff Microsoft Showed at the Xbox Games Showcase

Everyone’s pretty amped up for the newest game in the Halo franchise, set to release the same day as the next Xbox Series X console. During the presentation, Microsoft gave us a first look at Halo: Infinite‘s single-player campaign, offering nearly 10 minutes of raw gameplay footage. While the visuals aren’t exactly on the level of say, The Last of Us 2, the gameplay looks as fun as ever. New weapons, new enemies, and an abundance of classic Halo action will be available when Halo: Infinite hits stores this holiday alongside the new system.

Although not much was shown beside a short cinematic trailer, fans of the zombie-survival franchise State of Decay should get excited, as a third entry in the series was announced. The trailer heavily featured snow and infected animals, so expect to fight off undead horrors in the cold whenever State of Decay 3 drops.

Like Gran Turismo, Forza Motorsport has established itself as one of the best and most accurate racing games available. Although I personally prefer the more arcade-style spin-off title Forza Horizon, Forza Motorsport deserves all the praise it receives. It’s tradition to launch a new Xbox console with a Forza game, so the announcement of a new Forza Motorsport makes complete sense.

Rare has been making absolutely wonderful games for quite some time, from the classic Banjo-Kazooie on Nintendo 64 to the recent pirate-based cooperative adventure Sea of Thieves. Their newest title, Everwild, has been talked about for a while, but we finally got our first look at the Xbox Games Showcase. Full of intrigue, mystery, and evocative graphics, Everwild looks to offer a unique experience packed with magical druids. No gameplay was shown, but if Rare is able to successfully bring their signature charm into the world of RPGs, there’s no doubt in my mind that Everwild will be a hit.

Dontnod Entertainment, the creators of Life is Strange 2, have a new episodic title hitting consoles soon. Tell Me Why is another drama-filled adventure, focusing on two sisters working through life’s many turmoils. Like Life is Strange 2, players will solve puzzles, make story choices, and investigate their environment across a series of episodic installments. The first episode of Tell Me Why will be releasing on August 27th.

The Outer Worlds: Peril on Gorgon

When The Outer Worlds launched late last year, we had a pretty good time exploring through the quirky interplanetary universe. This humorous sci-fi RPG will be getting its first downloadable expansion, dubbed Peril on Gorgon, on September 9th. This DLC should offer a new area to explore, new enemies and weapons, as well as unique characters and story choices. Perils of Gorgon will also be available on PlayStation 4.

After detailing their plans for The Outer Worlds, developer Obsidian Entertainment also shared a brief teaser for Avowed, the next big RPG in their line of games. Although not much was shown in terms of concrete gameplay, Avowed looks to be a first-person fantasy RPG with both magic and traditional weapons, similar to The Elder Scrolls. We’ll have to wait to see what Avowed is all about, but we’re excited for now.

This interactive drama comes from the new studio Interior/Night, spanning 30 years of storytelling set in the American southwest. Featuring a large cast of characters and several intertwining storylines, this gripping cinematic tale has a distinct art style that immediately grabs your attention. While we’re not sure how much “game” will be in this indie debut, we’re still interested in playing it.

The original Psychonauts is one of the most underrated games ever made, although it has earned itself a sizable cult following. After recently being acquired by Microsoft Game Studios, developer Double Fine has been seemingly hard at work on the big-budget sequel. Packed with psychedelic visuals, cartoon-like characters and environments, and a signature focus on psychology and psycho-kinetic powers, Psychonauts 2 is shaping up to be a wild adventure.

The S.T.A.L.K.E.R series (it stands for Scavengers, Trespassers, Adventurers, Loners, Killers, Explorers, and Robbers) is set in the ravaged city of Chernobyl, a desolated area full of deadly radiation. Part first-person shooter, part horror game, and part survival game, S.T.A.L.K.E.R has always been a great franchise that’s often overlooked. Thanks to the hit HBO miniseries, Chernobyl is back on everyone’s mind, so there’s no better time to hop back into the horrifying and supernatural world of S.T.A.L.K.E.R.

Although Warhammer is a massive franchise with a long history of video game adaptations, the more recent Warhammer: Vermintide games have been met with surprisingly positive critical response. Warhammer 40,000: Darktide is a sci-fi sequel to Vermintide, where you and three of your friends will battle through hordes of enemies in a Left 4 Dead style cooperative experience. It will be interesting to see just how heavy the sci-fi elements are, and if Darktide can manage the same mid-tier success that Vermintide and its sequel saw. We’ll have to wait until next year to find out.

With cartoon-like visuals, a neat sci-fi atmosphere, and colorful lighting effects, The Gunk looks like a casual yet evocative adventure through an unknown world. The action seems reminiscent of original Xbox-era action games, with a heavy emphasis on upgrades and exploration. The Gunk is being developed by the creators of the SteamWorld series, so we’re confident that it’ll be an addictive and enjoyable sci-fi romp. The Gunk is also one of the few third-party games to firmly stake itself as an Xbox Series X and PC exclusive, so unfortunately, PlayStation users won’t be able to join in on the fun.

The third-person, supernatural horror game The Medium got a brand new gameplay trailer, raising our excitement a bit more. Developed by one of our favorite horror game devs, Bloober Team, The Medium presents players with a terrifying narrative about a psychic protagonist investigating the death of a young girl. Although it might not be a system-seller, The Medium is one of the Xbox Series X games we’re the most excited for.

Phantasy Star Online 2 has been pretty successful for the past few years after its move to free-to-play, so it makes sense that a new expansion dubbed New Genesis would be popping up on the Xbox Series X. Apart from the flashy new graphics, New Genesis seems to offer standard PSO2 fare, which includes slashing through various monsters as you grind out your level. If you haven’t checked out Phantasy Star Online 2 yet, now might be a good time to try it out, since you’ll have at least a year to finish up the vanilla content before New Genesis drops.

CrossfireX is a multiplayer first-person shooter that has become massively popular in Asian countries and is finally making its way to the West. Similar in style to Counter-Strike, the competitive online offerings will be free-to-play, but the newly revealed single-player campaign will come with an extra price-tag. However, prolific developer Remedy Entertainment has a hand in this military FPS story mode, so we’re holding out hopes that it’s worth a playthrough.

Fable is one of those series that has always sparked interest with the masses due to its creative humor and beautiful fantasy setting, but has never reached truly epic levels of popularity. It’s a bit of a shame really, as Fable is home to some of the most vibrant characters and entertaining fantasy tales in all of gaming. It’s a good thing then, that this newest entry in the series (simply dubbed Fable) seems to be a reboot of sorts. The trailer we saw contained no gameplay, but has us cautiously optimistic for what the future holds. If anything, the Fable franchise has taught us to not get too excited before a game is released, so we’ll wait until we see some gameplay before we start freaking out.

That’s (pretty much) everything that Microsoft had to show during their Xbox Games Showcase presentation. Both the PlayStation 5 and the Xbox Series X are shaping up to be quality consoles when they release this holiday, and it’s anyone’s guess who will win the inevitable console war. We’ll do our best to keep you informed with all the latest news about these next-gen systems as it becomes available. Until then, get ready for a winter packed with gaming, as what we saw during the Xbox Games Showcase was more than enough to get us hyped up.