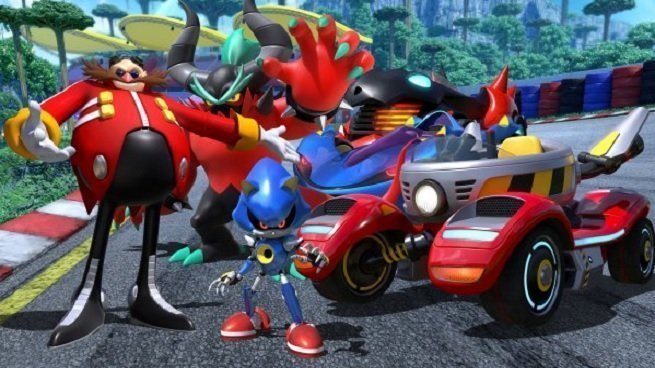 The folks at Sega have revealed the last three racers on the Team Sonic Racing roster. As seen in the image above, Team Eggman will consist of Metal Sonic, Zavok, and of course, Eggman himself. This morning in a press release Sega revealed a little more about these last three racers and their attributes:

This brings the total racer count to 15. For those who haven’t been paying attention, your other twelve racers are as follows:

So what do you think of the lineup, and who do you think you’ll main when the green flag starts waving? Team Sonic Racing will be speeding onto PlayStation 4, Xbox One, Nintendo Switch, and PC on May 21.