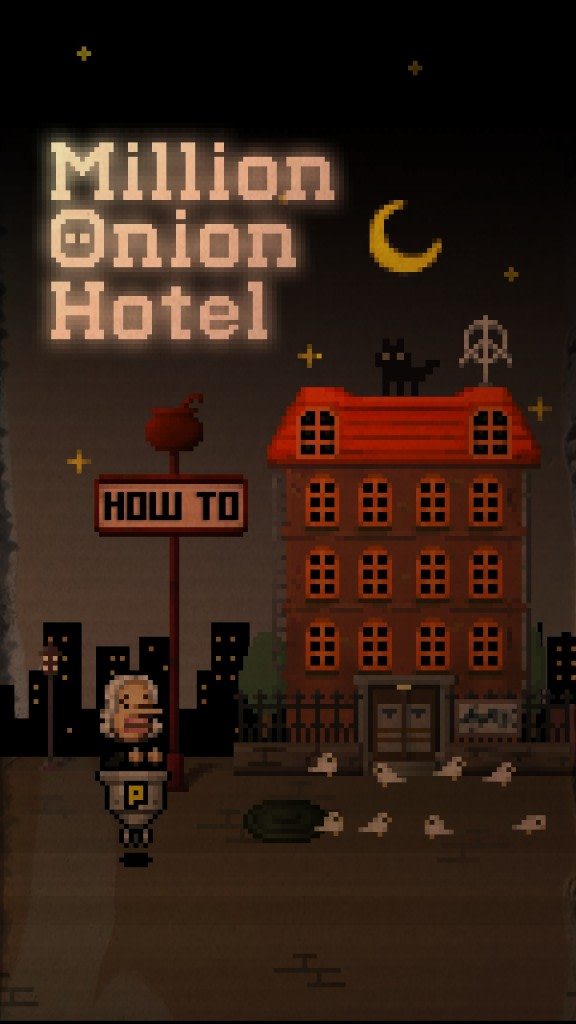 I’m not the biggest fan of mobile games.  Sure, I played the hell out of Angry Birds when it first came out, and as of late, I’ve been tapping away on Animal Crossing: Pocket Camp.  But beyond the big mainstream games, I like to dabble with smaller indie titles.  Last month, I stumbled across a little indie game called Million Onion Hotel.  After playing it and looking into the developers, I decided that I had to find out more.  So I called in my favorite interview buddy, Kevin Kraus, and asked the developers some questions, in addition to discussing our thoughts.  Hope you enjoy the interview, and go out and buy Million Onion Hotel on Android and iOS! 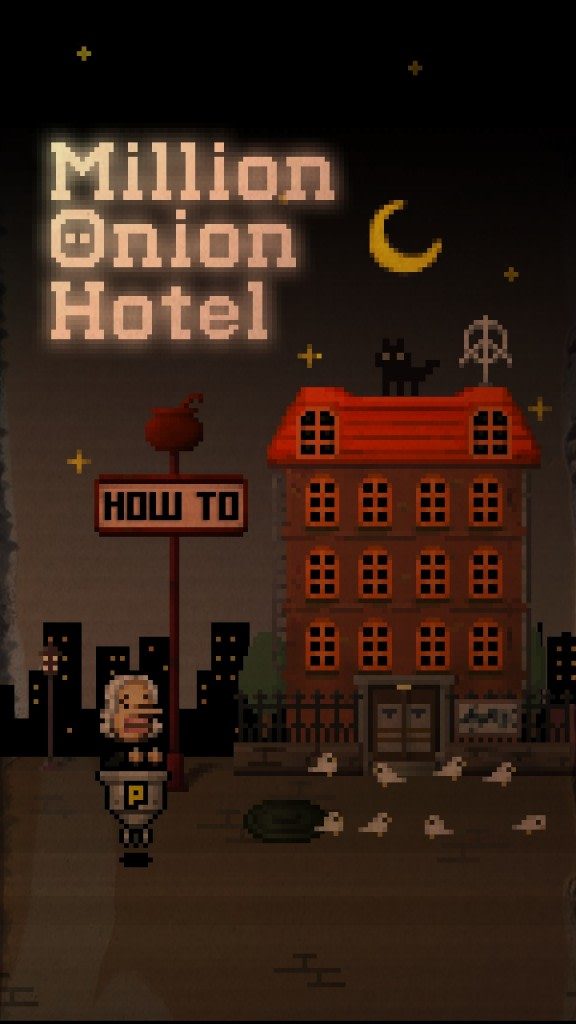 The Mystery of Million Onion Hotel

Matt: Million Onion Hotel is an Android and iOS game developed by OnionGames, an independent developer based out of Shibuya, Japan. It is one of the most esoteric, eccentric, and all around weird games of this year. I highly recommend that everyone plays it. It’s one of those games where if I tell you too much about it, it may ruin it. A lot of the charm comes not just from the game itself, but the people who made it. We were lucky enough to chat with some of the developers and ask them a few questions, but before we get to that… Kevin, what did you think of Million Onion Hotel?

Kevin: To preface this, my first introduction to Million Onion Hotel was a text from Matt. After one of his many long nights awake (Matt chuckles), he sent me a text as I was arriving for work in the morning. He wanted to let me know about a game he heard about, and that it “goes places”. It certainly does just that. I’m hesitant to explain too much, for fear of spoiling the magic of the game and potentially even scaring you away. At first blush, it seems like something way out of the wheelhouse of the average person. It starts off mundane, but there’s something about it. There’s a great charm. I compare it to old school cabinet games that you may find in retro arcades (in the US).

Matt: Yeah, it’s super simplistic. Even if you’re not a gamer, it’s easy to figure out. You just tap onions as they pop up on screen.

Kevin: Bingo-style. Like you’re filling out a Bingo board. 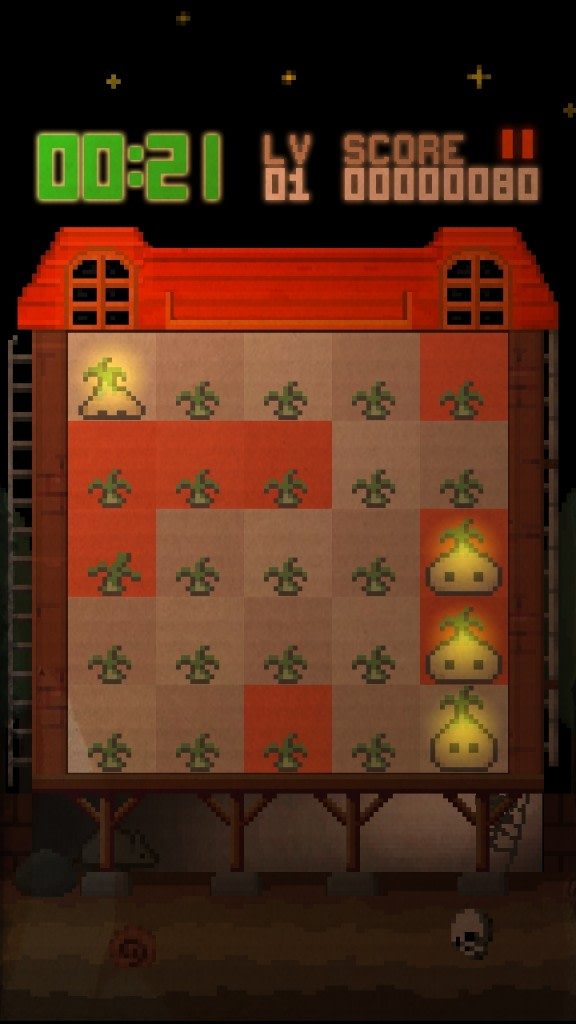 Matt: It is very easy to pick up and play, and it never gets too much more difficult in terms of controls.

Kevin: The controls remain consistent, in that it’s just various forms of tapping. But it transcends a bunch of different game styles as you play.

Matt: Without giving too much away, there’s a sort of quirkiness and oddity to everything in the game. Not just the characters you meet, the visual style, and the presentation, but also the amount of work that went into this game. This is not only a small indie game, it’s an indie game in Japan. That’s a hard market, and a lot of great games get brushed under the rug. It’s hard to get games like this in the hands of mainstream audiences, but it’s a game that I think everyone should play just based on the merits of the creativity.

Kevin: There’s something undeniably unique and Japanese about not only the art style, but the humor as well. Without that context, it may be a bit intimidating. Once you kind of… let the game do it’s thing, it really opens up and shows the playful side of what it is has to offer. 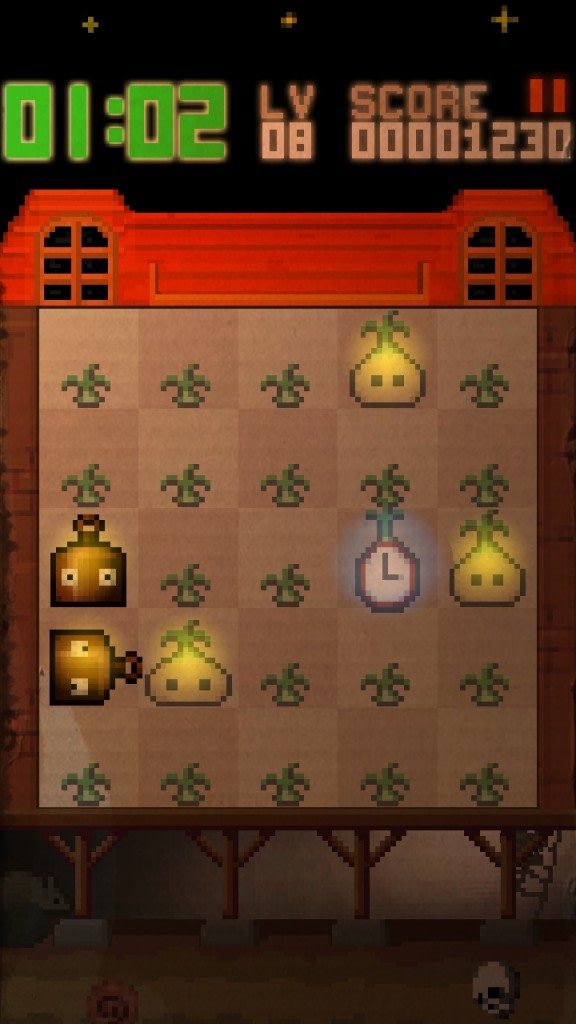 Matt: It’s cute. It’s quirky. It’s weird. You can buy it for less than $5. To tell you a bit more about how the game was made, we reached out to some of the developers to learn more. Since the developers of Million Onion Hotel are not native-English speakers, we’ve edited the conversation for clarity.

OnionGames: Fundamentally speaking, I don’t want to draw inspiration from other people’s work. I prefer observing people on the road rather than television, movies, or games. But concerning Million Onion Hotel, I recalled a lot of retro games during development. Gaplus and Pac-Man, Namco’s Mappy, Atari’s Marble Madness, and many more. I also love Threes. I respect both new and old games equally.

Matt and Kevin: I imagine you play games casually as well, besides when you’re working on them. What are some of your favorite games that you’re currently playing?

OnionGames: I still play Threes everyday, it’s one of my favorites! I also really like Mushroom 11, and like to show it to people sometimes. My wife and I are playing through Undertale right now and we’re really enjoying that too. Finally, there’s a retro game center near my station, so I can play with older arcade machines quite often. Lately, I’ve been playing SEGA’s classic Fantasy Zone.

Matt and Kevin: What are you plans for the future? Any new projects you want to work on?

Matt and Kevin: Finally, what’s the one thing you want gamers to experience when playing Million Onion Hotel? What do you want them to feel from the game?

OnionGames: I want people to experience the feeling of experiencing a new dimension. Crossing over into something wild and exciting, but without the use of drugs or alcohol. I really want Million Onion Hotel to transport people in the same ways, but in a safe and fun way.]

Matt and Kevin: Thank you so much for taking the time to answer our questions, and once again, great job on Million Onion Hotel!

OnionGames: No problem, thank you so much for interviewing us!

I’d like to personally thank OnionGames for answering our interview questions (once again), and encourage everyone to go out and pick up a copy of Million Onion Hotel.  It’s cheap, and it deserves your support.  There’s real heart and charm in this game, and it all stems for the hard work that the developers spent many hours performing.  Do yourself a favor and pick up this wacky and completely unique title.

Everything Sony Announced on the PlayStation 5 Reveal Livestream

The Biggest Game Announcements from The Game Awards 2019 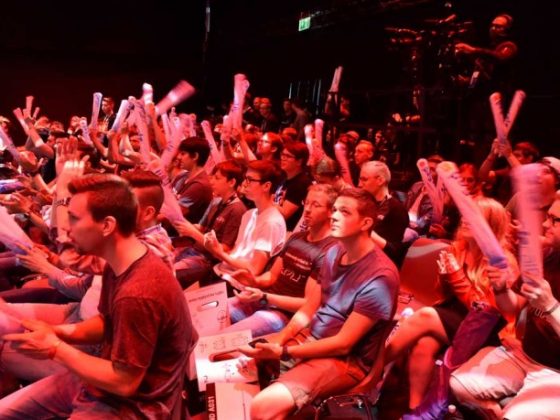 Gamescom 2019 Gives Gamers What They Want