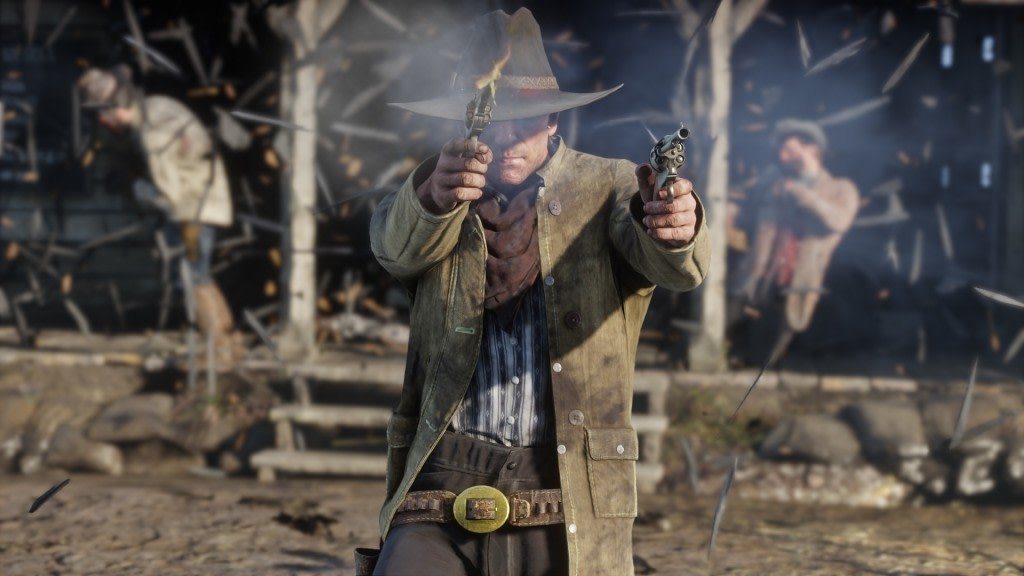 A massive Red Dead Redemption 2 leak has hit following last week’s news of the game being delayed (again) to October. Rockstar has shared the basic plot, which follows the Van der Linde gang “as they rob, fight, and steal their way across the vast and rugged heart of America in order to survive.” For more gameplay details, we look to today’s huge leak from Trusted Reviews, which the outlet only shared once they had enough corroboration to consider the leak genuine.

According to the report, Trusted Reviews obtained an internal Rockstar development memo revealing some new Red Dead Redemption 2 gameplay details. The purported leak says the development notes mention three online multiplayer modes — Battle Royale, Revive and Survive, and Money Grab. Battle Royale will be familiar to many from the popular PlayerUnknown’s Battlegrounds and Fortnite: Battle Royale, though no major details were shared on this mode. The Revive and Survive mode pits two teams of players against each other, while Money Grab is a Capture the Flag mode of sorts, with bags of money instead of a flag.

In addition to multiplayer modes, the leak revealed a massive online open world that players can freely roam, much like Rockstar’s GTA Online. The developer’s memo shows the online world having more depth than previous titles, such as NPC’s storefronts that pack up at night. Players can also own and upgrade tents with a variety of themes, much like apartments from GTA Online.

The Red Dead Redemption 2 leak also had quite a bit to share on a slew of new mechanics coming to the game. Apparently both online modes and the solo campaign can be experienced in either third-person of first-person point of view, with first-person play being a first for the series. A Black Market of sorts — called the Slum Market — will offer equipment at reduced prices. Vehicles in the game will include minecarts, handcarts, and horse-drawn carriages, with different varieties featuring armor, faster speed, etc.

Additionally, trains moving across the open world can be used to transport players from place to place. They’re not only for transportation though, if the leak is to be believed. These railway trains can be explored, and their unique inhabitants will feature dynamic dialogue. Gotta love that immersion.

Red Dead fans will be happy to hear the Dead Eye Targeting feature is making a return with enhanced abilities. Several other details were leaked, such as crafting with plants and herbs, horsemanship challenges, NPC stores in discoverable towns, and an in-depth fishing feature. Trusted Reviews said they didn’t want to spoil any of the solo campaign’s story, but they confirmed side quests and activities will be available.

To read every last detail of this leak, check out Trusted Reviews’s full report. Red Dead Redemption 2 is due out October 26th for PS4 and Xbox One.