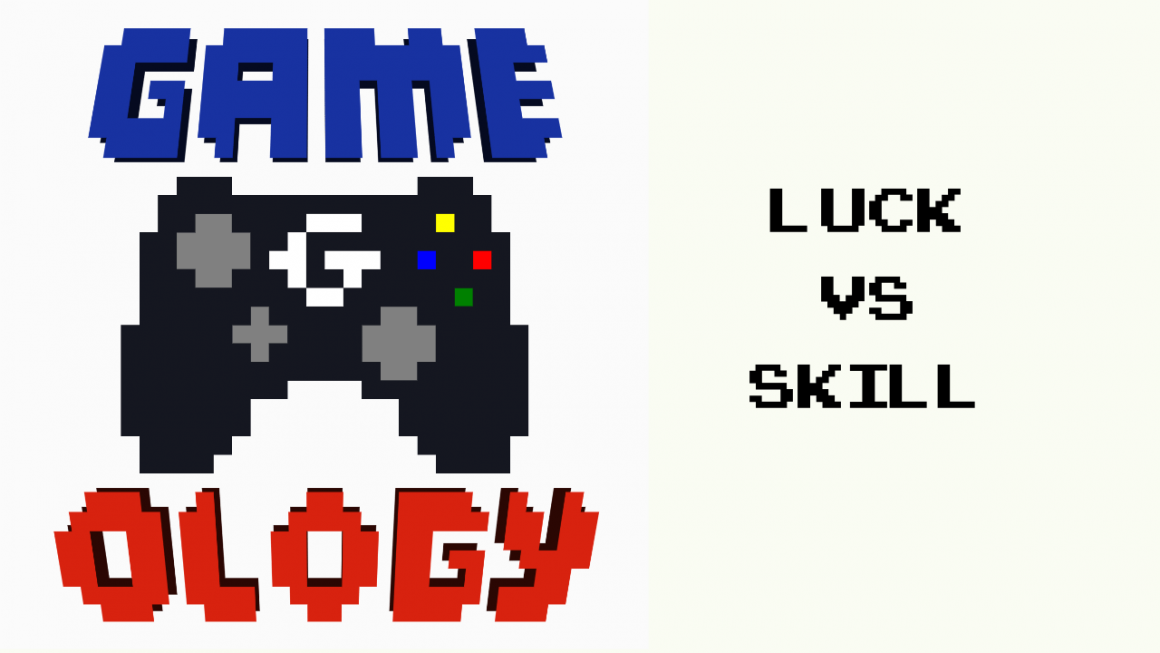 Video games have varying ratios of luck/skill. The more competitive a game, the more it should rely on skill. If you’ve made every right decision in a contest but your opponent catches a lucky break that turns the tide and wins them the match, you probably will feel ripped off.

So why include luck anyway?

Luck introduces an element of chance. If you’re in last place in Mario Kart, you could get lucky with a few powerful items and snatch a victory from the jaws of defeat. This benefits less-skilled players and can infuriate players who lose the lead because of a bloody Blue Shell at the last minute. Those same skilled players can also blame luck for a loss (even if they played terrible) so it works both ways.

A more serious racing sim however, relies almost entirely on skill (although collisions with other racers are an introduction of luck to the mix).

Introducing RNG (random number generation) to a game mechanic will add unpredictability and possibly excitement (or frustration/disappointment). But there are ways to create a hybrid. Using classic RPG rules is an easy example. Perhaps you want a character to successfully punch a bear in the face. The game could require a total of 8 when adding 1 D6 (one 6-sided die) to your characters punch skill. Perhaps your character is a famous Bear Puncher and has a punch skill of 6, meaning they have an extremely high chance of rolling at least a 2 or higher, and only a 1/6 chance of failing miserably. This means a skilled character is nearly guaranteed to punch that bear in his furry face, but still maintains a sense of unpredictability. With the right game design, these failures can results in funny or exciting moments. Planning a backdoor out of these situations can minimize the consequence of one unlikely failure.

Conversely, a character very weak at punching might nail a lucky roll and be thought of as a hero for years to come. I still remember a Warhammer match from my teen years in which a lowly Carrion (undead bird) rolled consecutive sixes to successfully hit and wound my opponents best warrior, while the ‘supposed’ best warrior rolled consecutive ‘1’s to fail his armor test and die a pathetic yet legendary death.

Chess is often brought up as an extreme example of a skill game devoid of luck. Sure, an opponent may make a mistake, giving you a lucky win, but that choice was theirs to make, not a bad die roll. That’s the reason why Chess has been played all over the world for 1500 years. Sports also rely purely on skill, although American football’s pig-bladder-shaped ball results in unpredictable ‘lucky’ bounces.

Hearthstone contains many instances of luck. You can stack your card with multiple instances of a card to increase your chances of drawing it at an opportune time, but you’re still at the mercy of luck when it comes to randomly drawing cards from a deck.

This is why Hearthstone sees such a huge variety of champions. Even the most skilled players can’t account for the amount of luck present.

Loot box designers love luck as an enticing lure. Like a slot-machine, the player believes every box is a potential jack-pot, even if the odds are low. If they knew it was a fixed progression of every tenth box containing a rare item, it would kill the excitement and potentially discourage buying ‘just one more’ (but ends up being five more!).

When used correctly, luck can add a fun unpredictability, but its easily abused, and robs any competitive game of credibility.

Check out the video to hear a game developer’s thoughts on this topic and more.