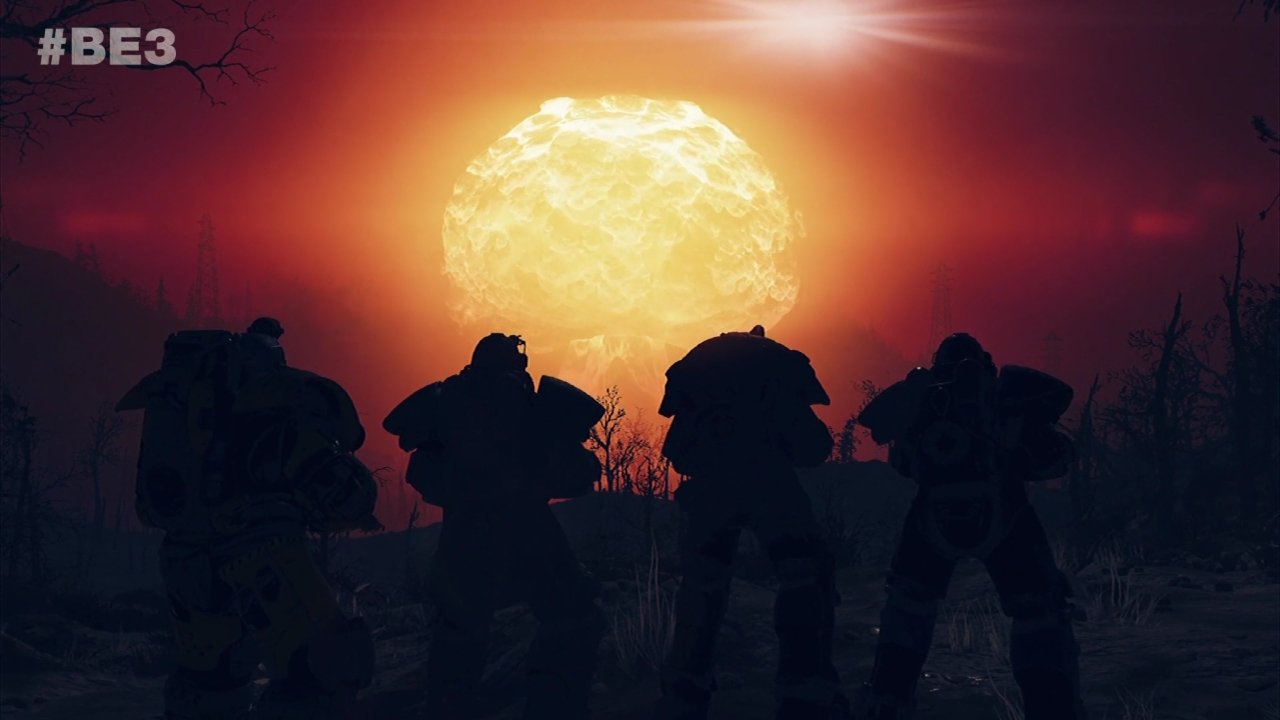 Everything Bethesda Announced at E3 2018

Hot off the heels of the Fallout 76 announcement last week, Bethesda took to the E3 stage to show off their newest games.  The show had a bit of everything, with plenty of surprise announcements and “play it now” releases.  There’s quite a bit to get through, so let’s check out all the stuff Bethesda announced at their E3 2018 showcase. 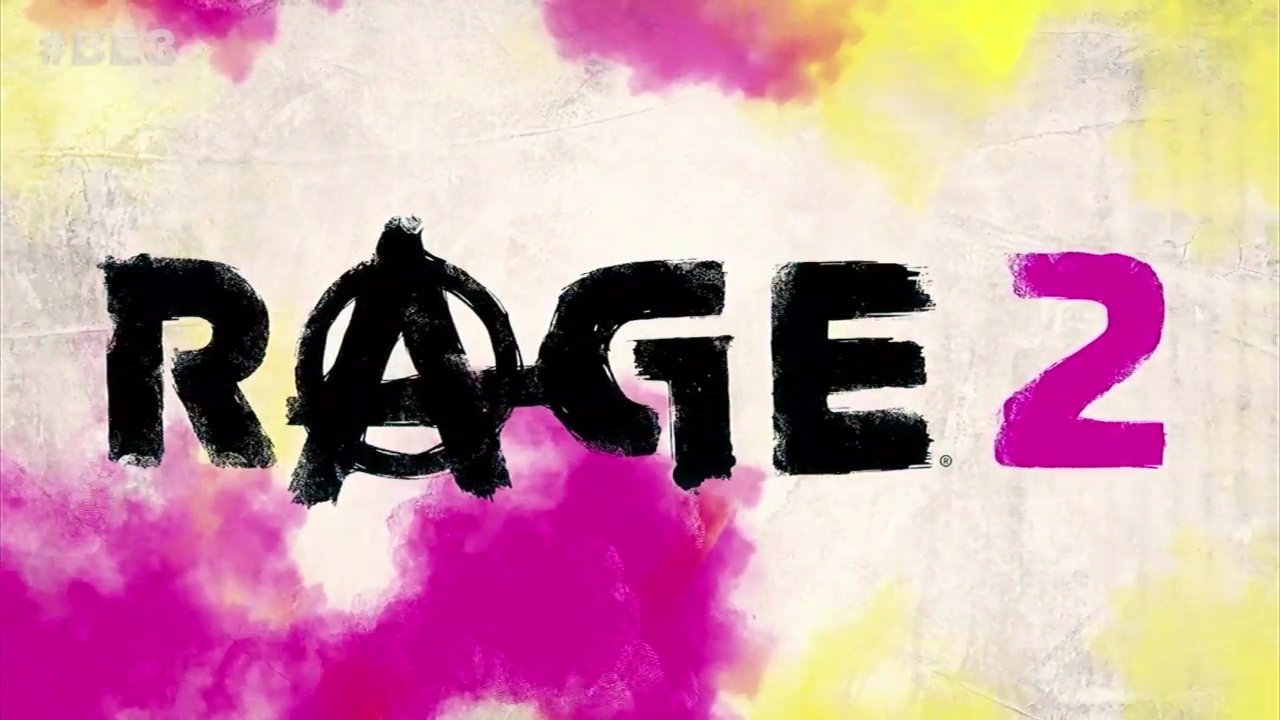 After poking fun at Walmart Canada for leaking the game early, Bethesda showed off more of what Rage 2 will offer when it launches in Spring 2019.  The game centers around a young man who has lost his friends and family to the brutal new wasteland of Earth, following a devastating asteroid impact.  There’s tons of particle effects, neon visuals, awesome guns, and plenty of cool tech.  There was plenty of gameplay footage as well, which showed off a mission from the game.  It looks like a combination of Borderlands, Destiny 2, and a whole lot of anger. 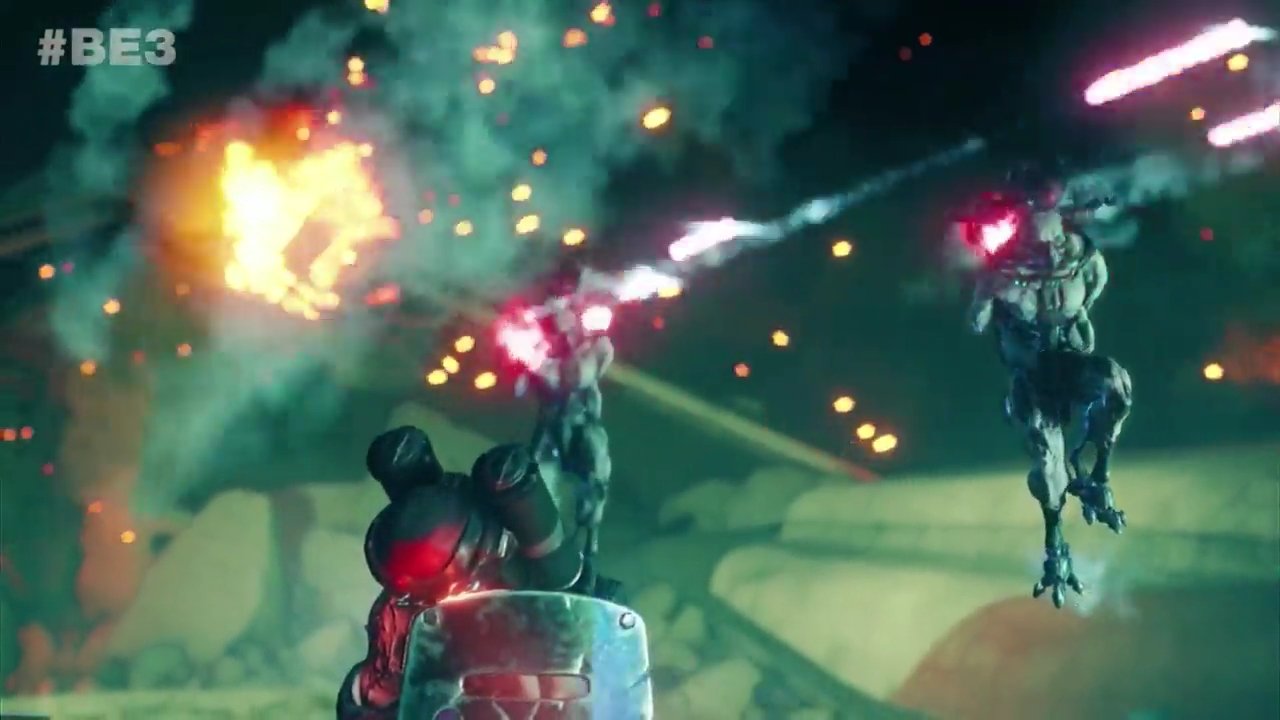 We got a brief update on Elder Scrolls: Legends, the popular mobile card game based in the fantasy world of Elder Scrolls.  Bethesda announced that the game will be coming to Nintendo Switch, Xbox One, and Playstation 4 this year. 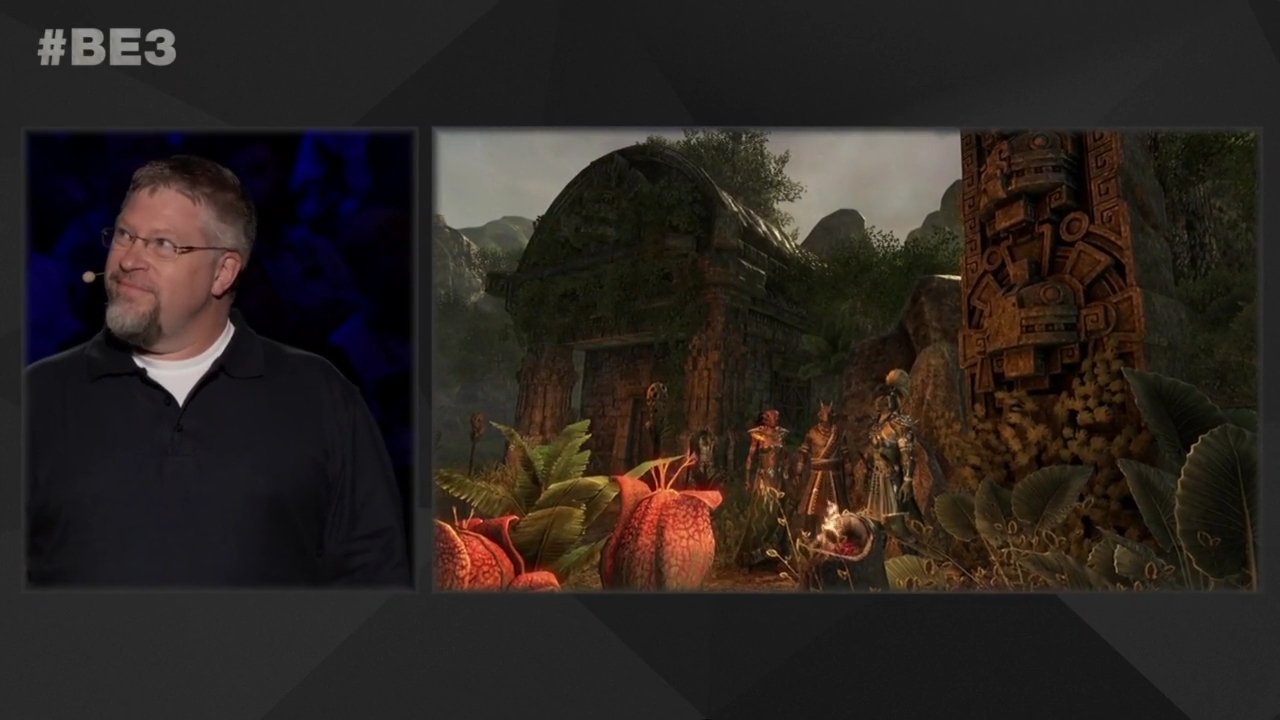 Bethesda celebrated the success of The Elder Scrolls: Online, inviting new players to come and join them.  The game just got added to Xbox Game Pass, so those with an Xbox One and a Game Pass subscription should hop in!  They announced the next package of downloadable content, which consists of a werewolf themed dungeon pack, as well as a story DLC called Murkmire. Murkmire centers around the Argonian homeland, a location that fans have been begging for. 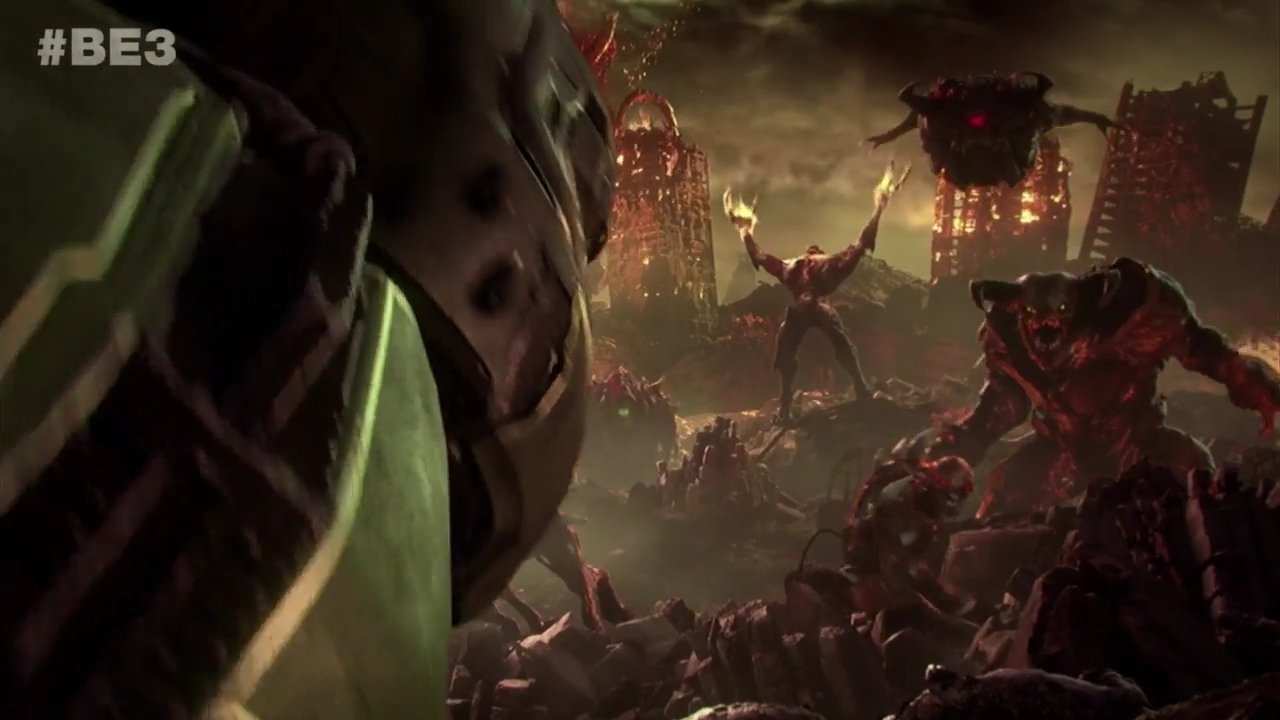 id software announced the sequel to DOOM (2016), titled DOOM Eternal.  The story seems to bring Hell to Earth, continuing the story from the original game.  We didn’t get much information about the game, although the developers promised to show off the game at QuakeCon in August.  We’ll have more information for you then. 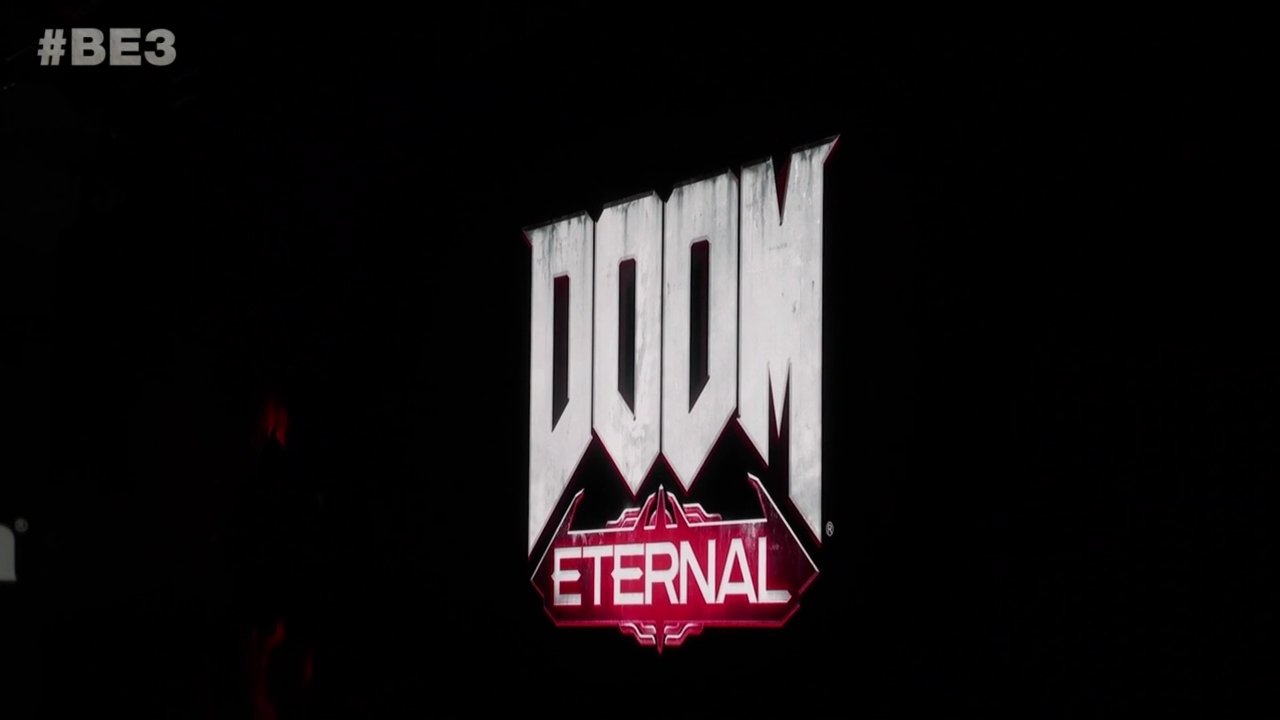 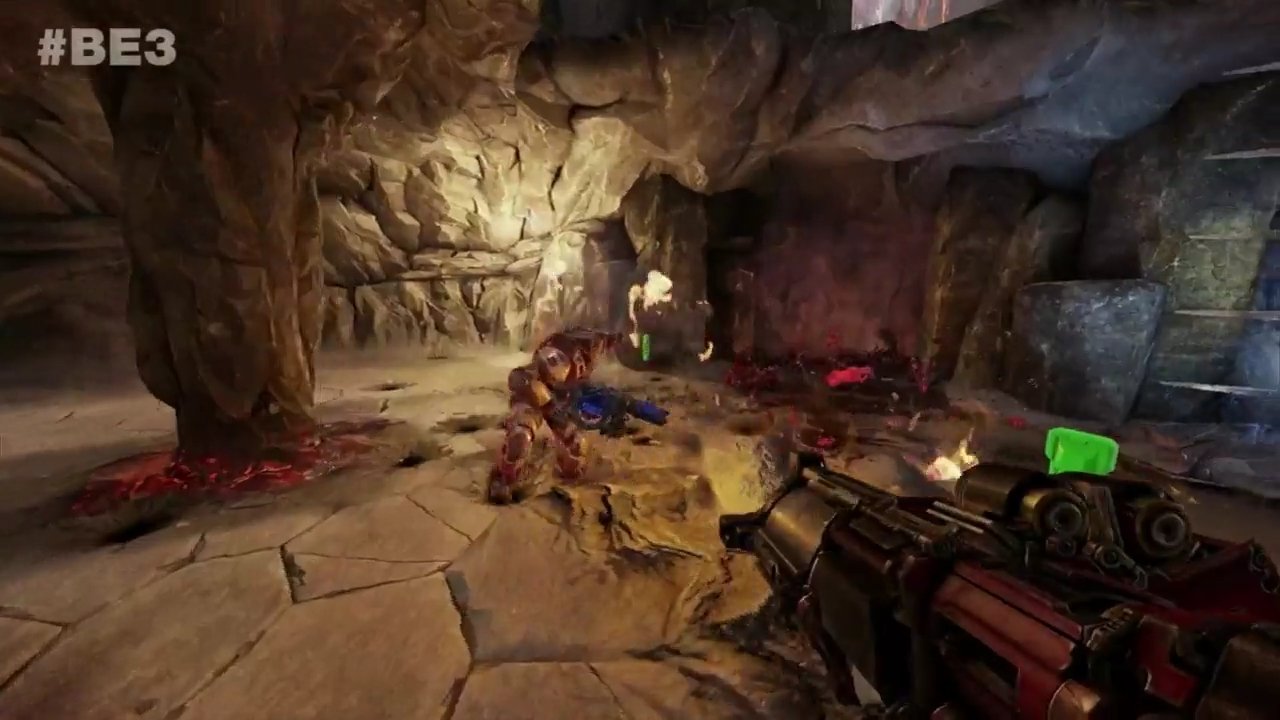 For the most part, Bethesda seemed to be inviting new players to join in on the fast paced first person shooter fun.  Besides promising more features to welcome new players, they announced that you can currently join in for free this week, and if you do so, you can continue to play the game for free even once the trial period has ended.  Essentially, you can go to this website and get Quake Champions for free this week.  I recommend waiting a few days, as the site has been constantly crashing since this announcement. 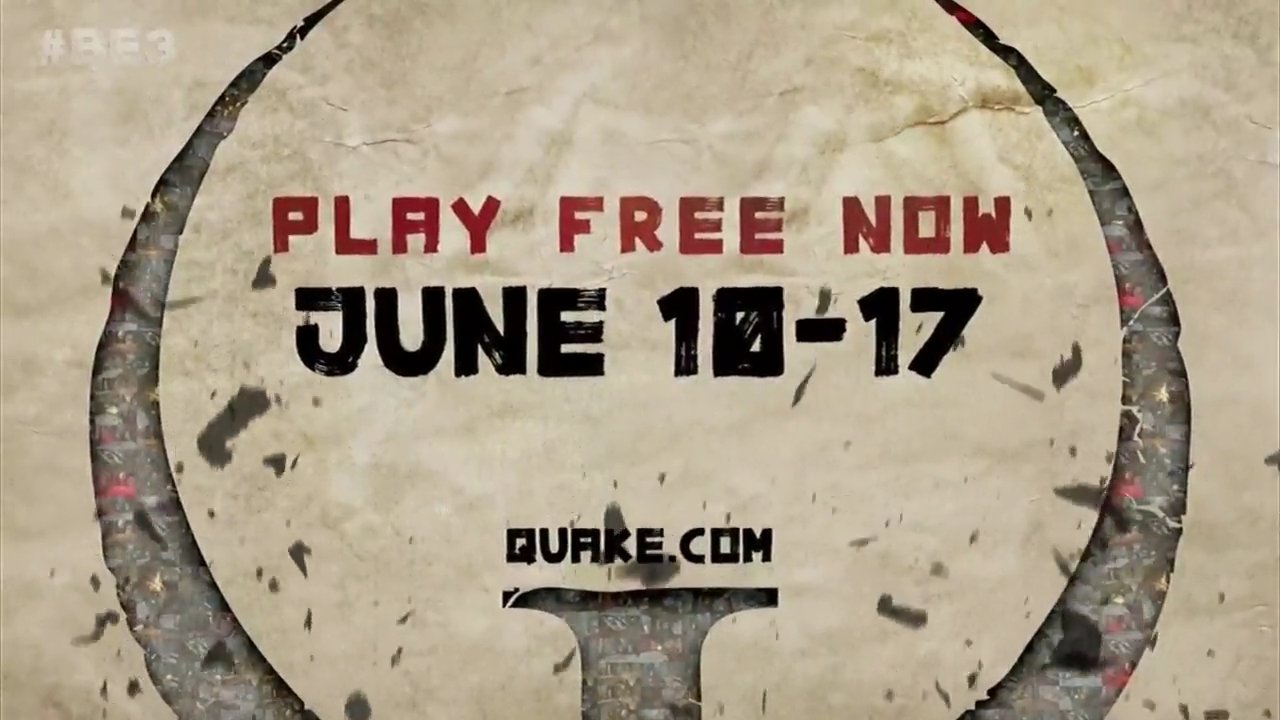 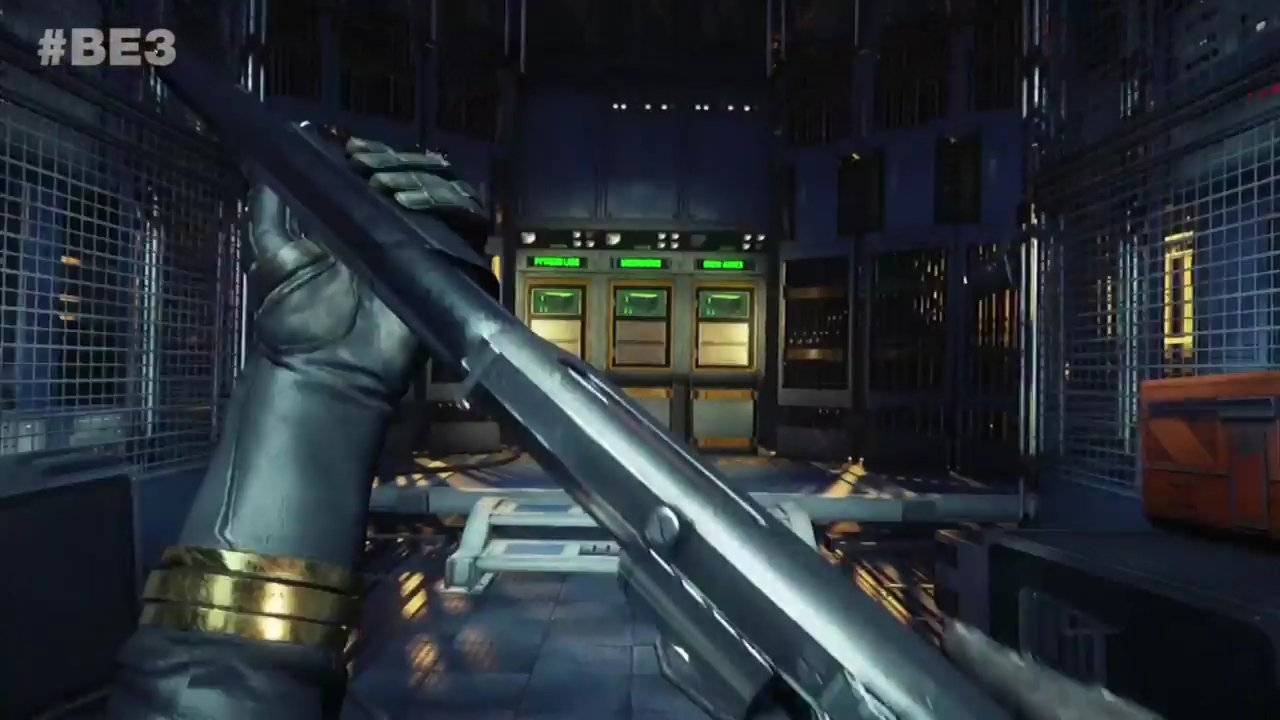 The developers of Prey thanked their player base before offering news on forthcoming content.  Players can pick up a new DLC called Mooncrash starting today.  It’s a self contained mode that plays differently with every new run, presenting new challenges and demanding adaptive gameplay.  They also announced a new update for the base Prey game, which offers new modes of play.  The fan-demanded New Game Plus mode shows up, as well as a new Survival mode that will prove to be a formidable challenge.

Fans of Prey can also look forward to a new DLC called Typhon Hunter, which will release sometime in the summer.  This 1v5 multiplayer game mode is a spinoff off the popular “Prop Hunt” mode seen in games like Counter Strike and Call of Duty.  One player attempts to find five other players who can disguise themselves as any object they see fit.  Both the multiplayer mode and a new single player experience will be available for VR users. 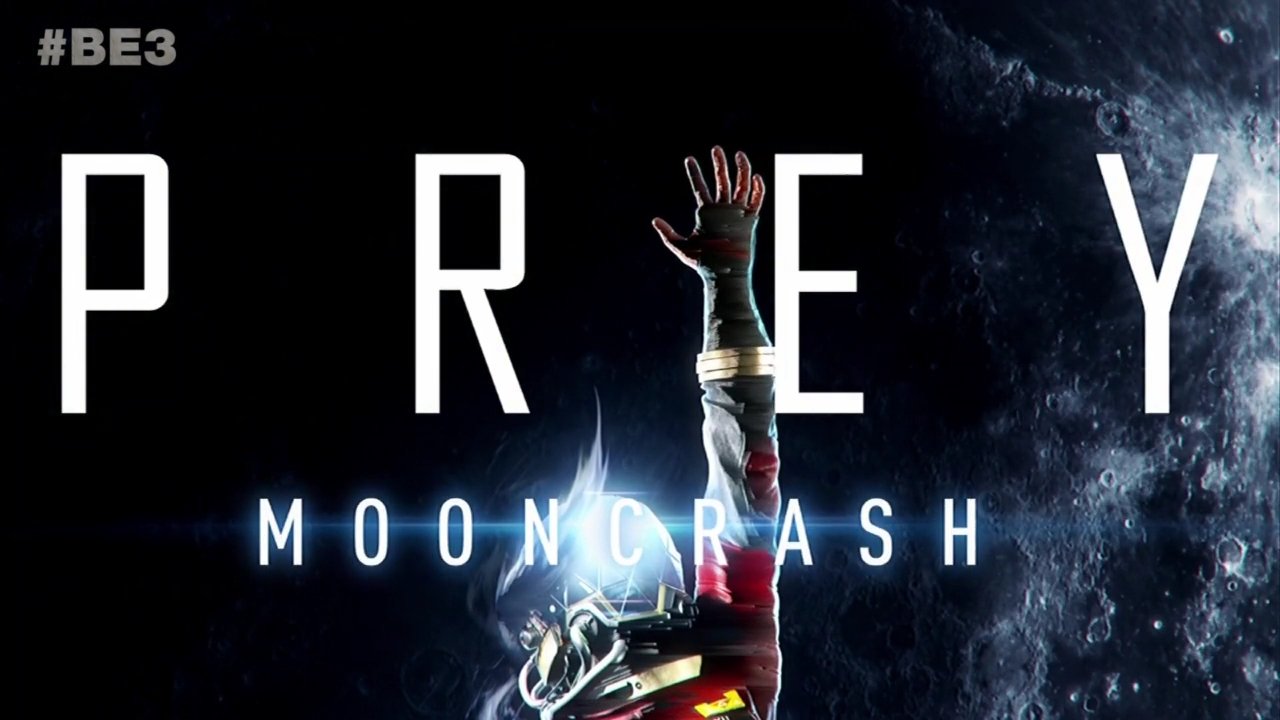 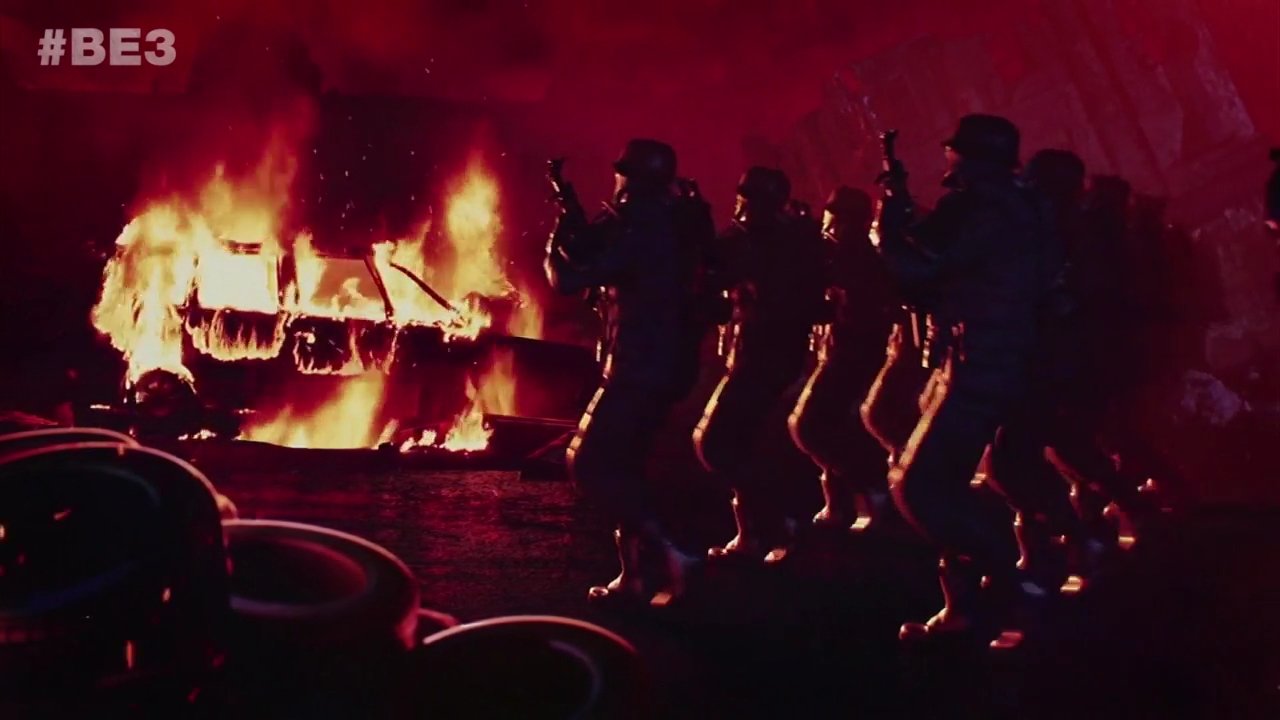 We will see a new Wolfenstein story in the form of Wolfenstein: Youngblood, a spinoff game that takes place in the 1980’s and features the two twin daughters of the main series protagonist.  Ripe with neon colors, futuristic weapons, and tons of style, this looks to be another action packed nazi-murder simulator that I can get behind.  The game will release sometime in 2019.

MachineGames also announced Wolfenstein: Cyberpilot, a VR experience that puts you into the Wolfenstein world much like DOOM VFR did for the DOOM world.  You play as a hacker that can control nazi mechs, causing plenty of destruction and ultra-violence. 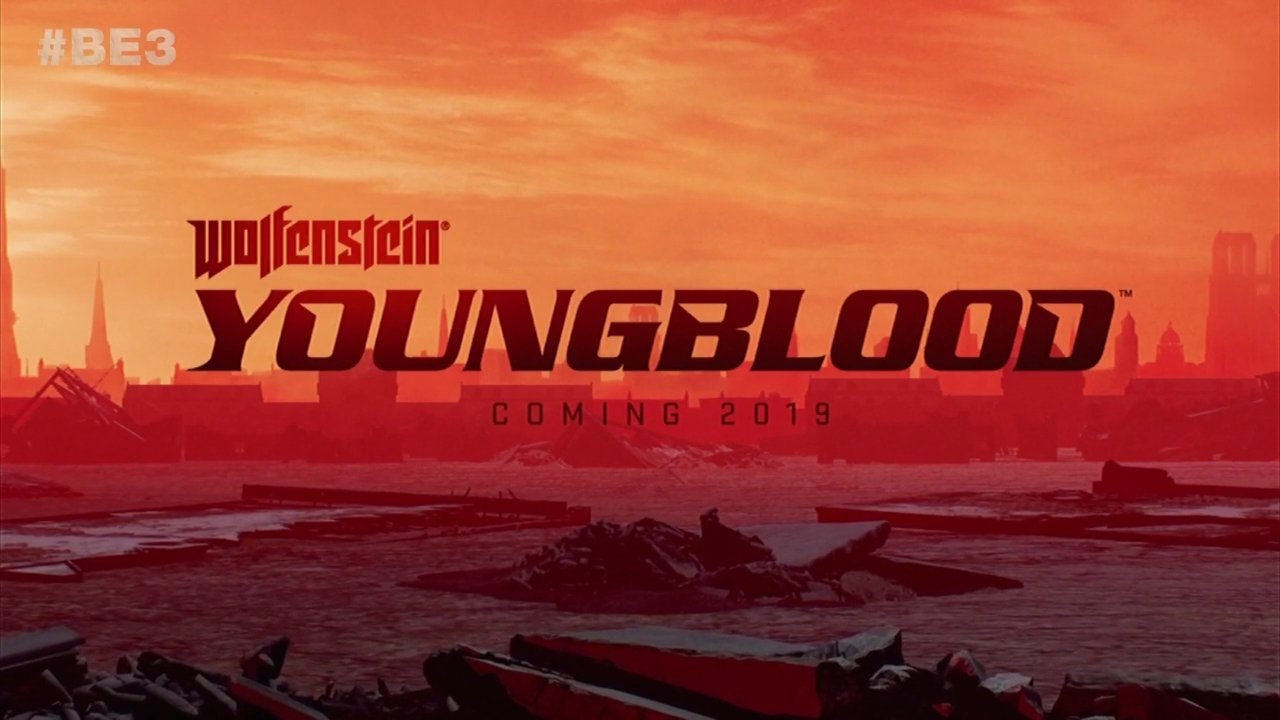 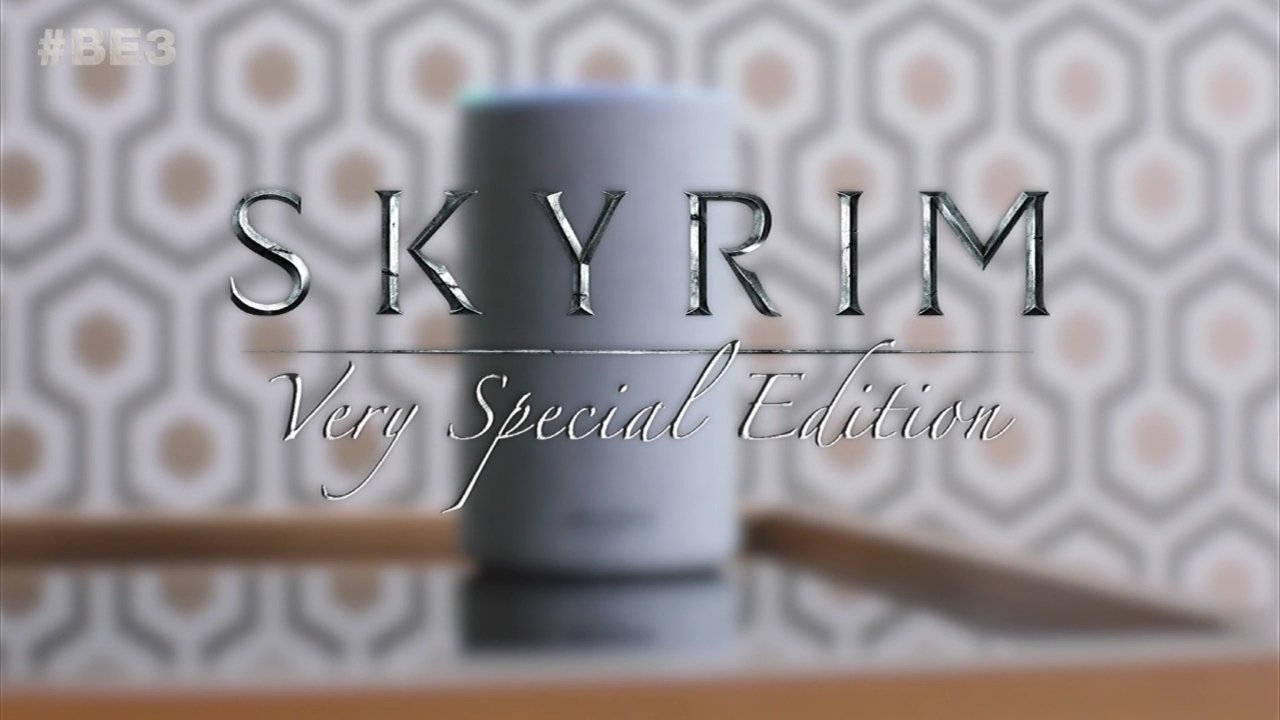 Okay, this wasn’t actually a legitimate product announcement.  It was, however, one of the funniest “finger on the pulse of your audience” skits that I’ve ever seen.  Watch it for yourself below.

There is a lot of stuff to talk about with Fallout 76.  First of all, it resembles a mostly traditional Fallout experience that you can play through completely by yourself.  However, the game is always online, and you’ll run into other players as you explore the massive area of West Virginia that the game takes place in.  The survival aspect of the game is there, but it’s been toned down to “softcore survival”, a term that creator Todd Howard used.  Unlike other games with survival aspects, dying will not reset your progress.  Your progress also carries over whenever you join a friend’s game. 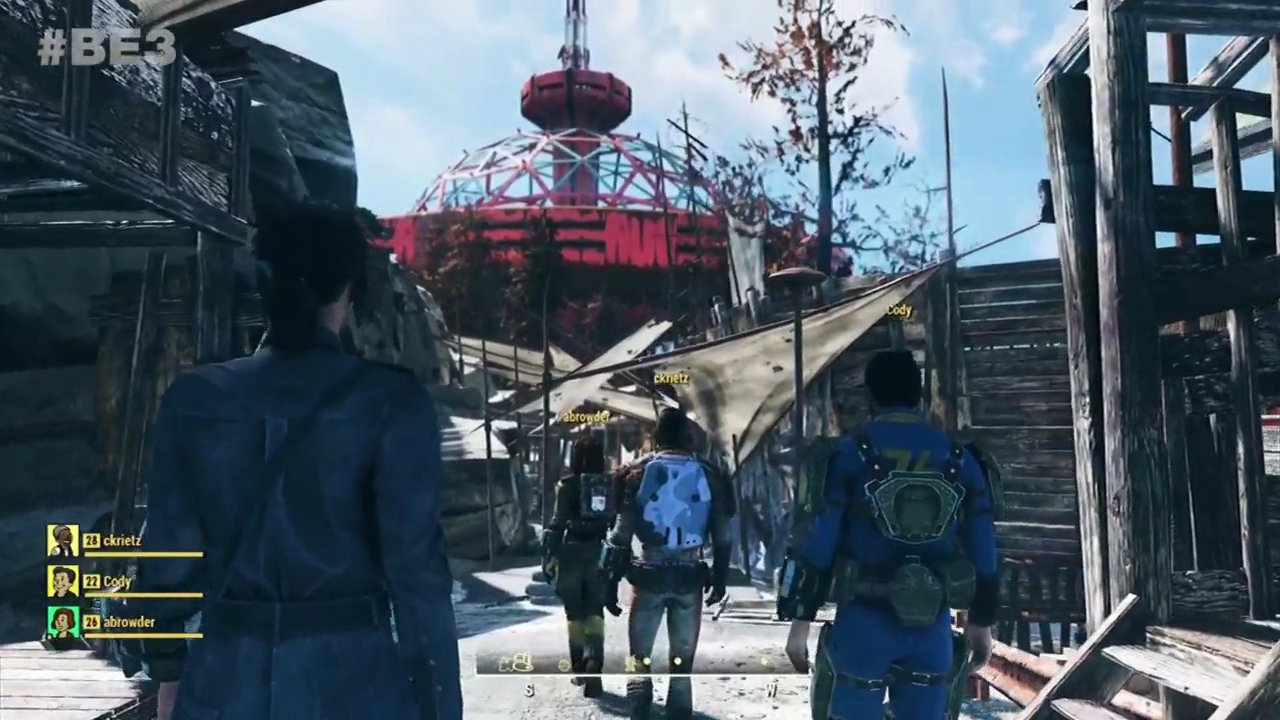 Those who enjoyed the building aspect of Fallout 4 will be happy to know that you can still build in Fallout 76.  This time, you can build anywhere you like, creating your own settlement and home base.  The map contains four different nuclear missile sites, which players can choose to use if they so desire.  This means that at any moment, you could experience a nuclear attack (something that I don’t like to fantasize amount).

You can nuke your neighbors when the game launches on November 14th, 2018.  You can also try out the game early when Bethesda runs their BETA event. 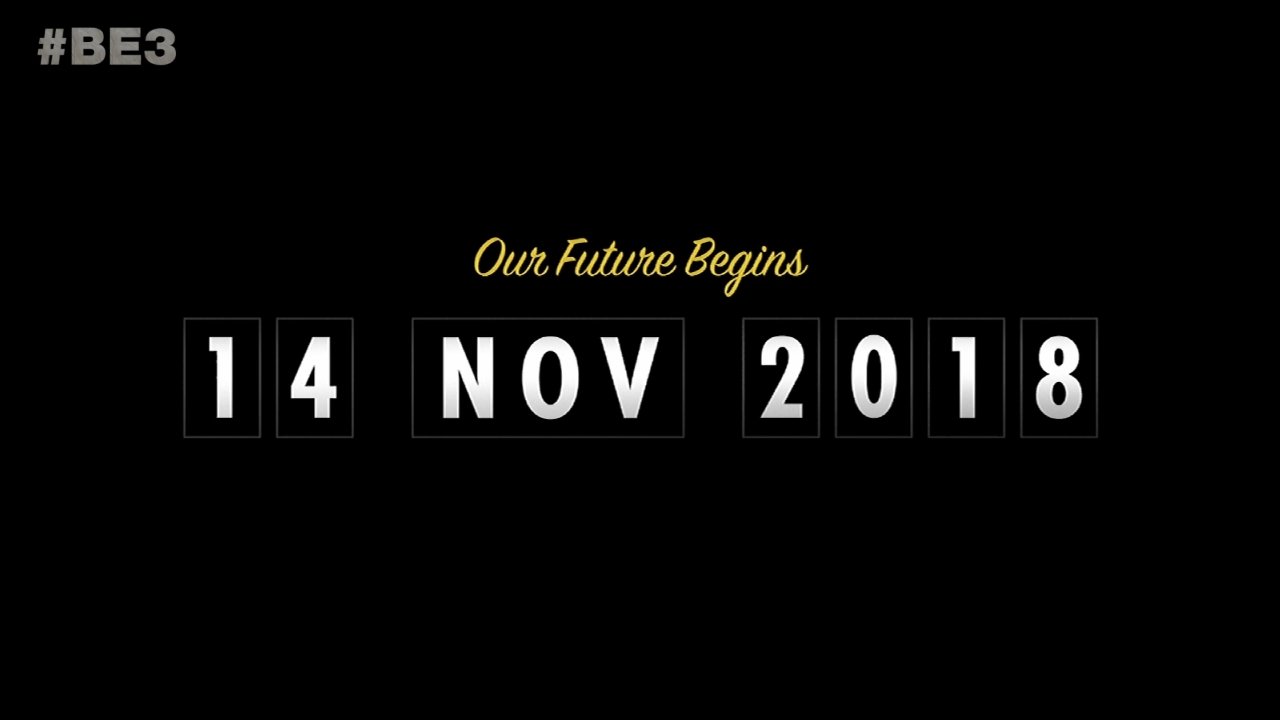 To celebrate the amazing success of Fallout Shelter, the base building game will be available on Playstation 4 and Nintendo Switch for free, starting tonight. 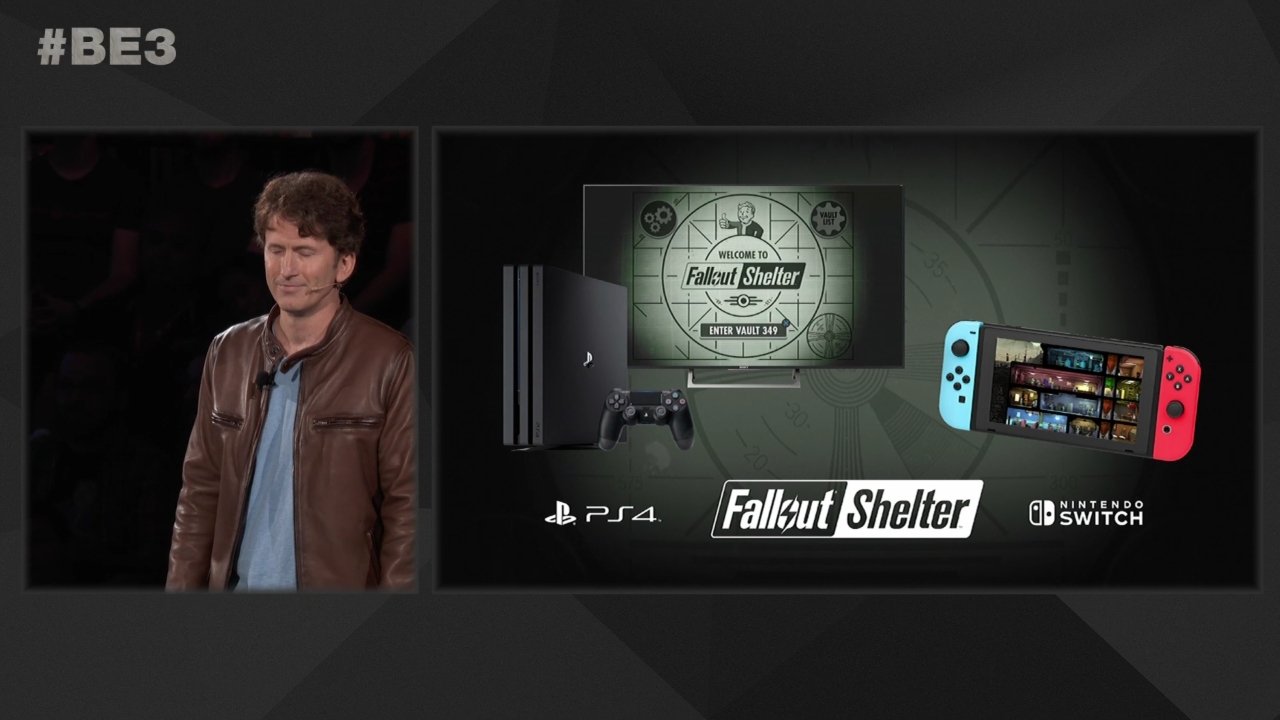 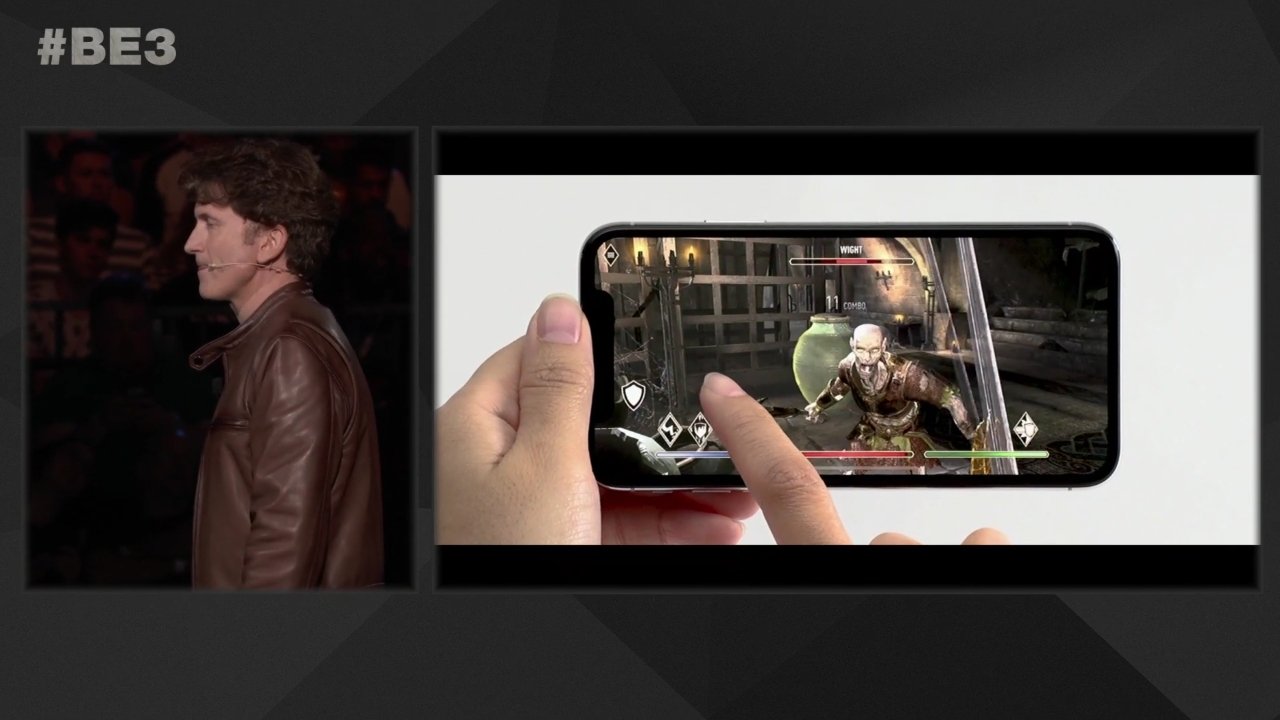 Bethesda also announced a new Elder Scrolls title, that will be available on every platform possible (including high end and low end VR).  It’s a somewhat traditional Elder Scrolls experience that has you looting dungeons with console-level graphics on a mobile device.  There’s three modes of play; a roguelike endless dungeon, 1v1 multiplayer, and the main mode of the game.  The main “town” mode sees you going on quests and building up your very own town, which you can show off to friends.  The Elder Scrolls: Blades will be launching for free sometime this Fall. 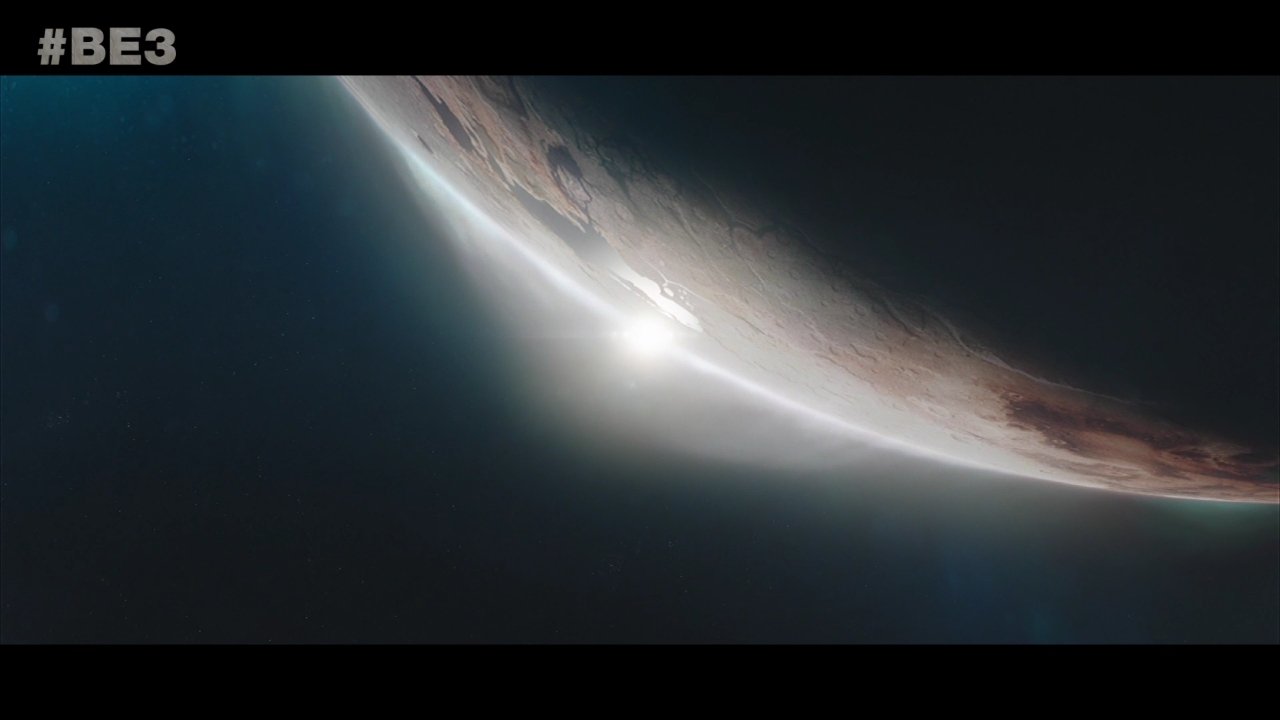 We also got a very, very short teaser for Starfield, a massive single player game that Bethesda has been working on for a long time.  It’s their first wholly original game series in 25 years.  No release window has been detailed. 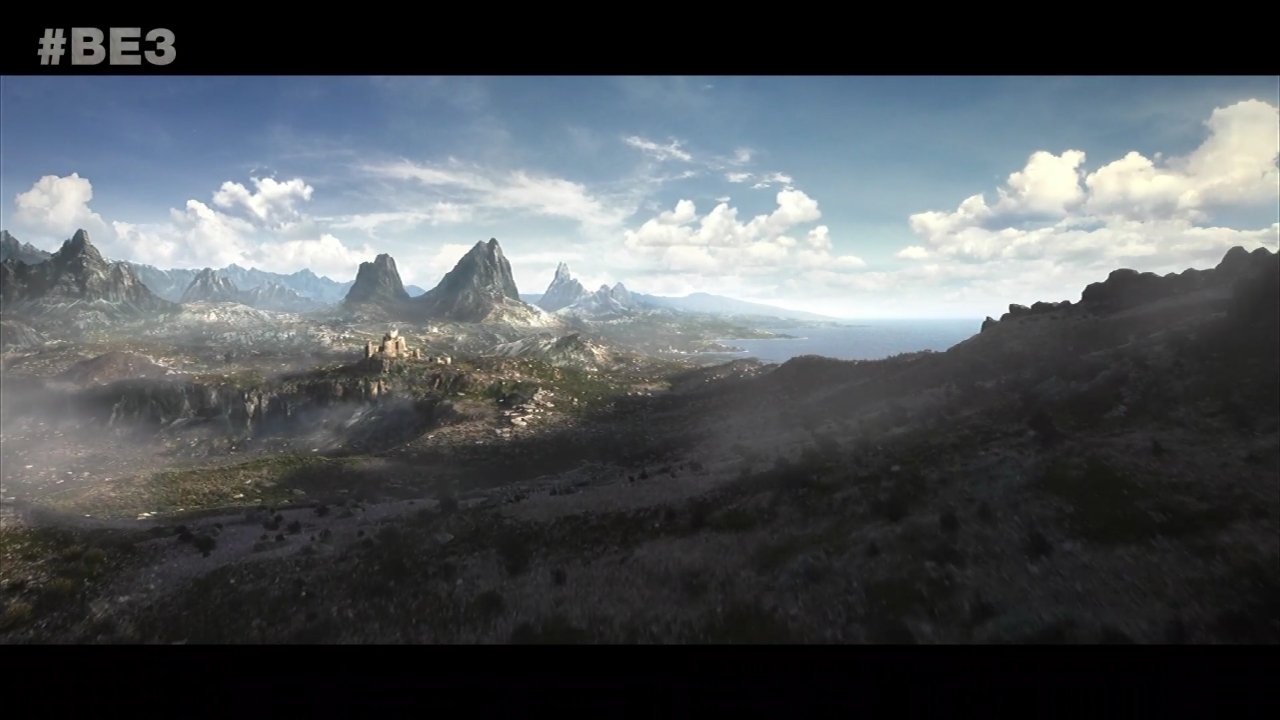 To cap off the show, Bethesda announced that they are working on The Elder Scrolls VI.  We were given an even shorter teaser than the one for Starfield (the picture above is basically the entire teaser, minus the title card).  If I had to guess, we’re looking at release in 2021 or beyond.

That’s all!  Bethesda had a solid showing of great content this year, and gave us a pretty far look into their future.  I’m super excited to try out the new Wolfenstein, dig into some Fallout Shelter on Switch, and nuke my friends and foes in Fallout 76.  Keep tuned to our social media and this site for more E3 2018 coverage!