Famitsu is Japan’s biggest gaming magazine. They use a system of four reviewers per game, giving scores out of ten, for a total of 40. It’s a long-running publication, even around when the SNES originally released (can you believe there were words way back then?).

To celebrate the release of the SNES Mini, Famitsu dug up their original review scores for every SNES Classic game. 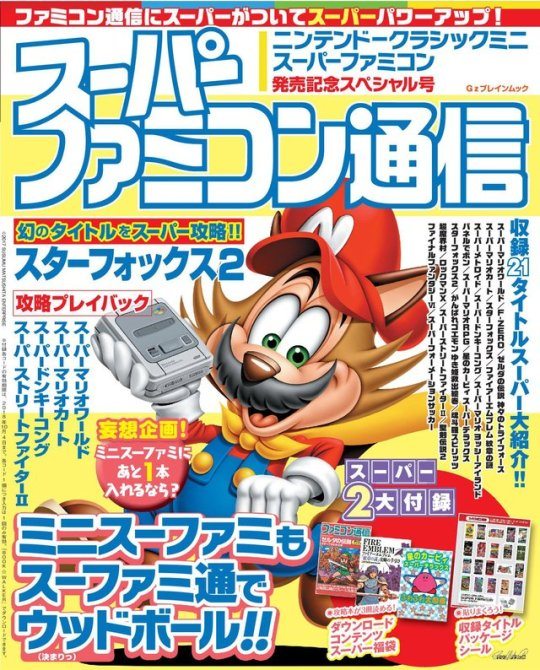 Is that the un-released mascot from the cancelled Nintendo/Sony Playstation launch game?

Thanks to Forkball for posted the info on NeoGAF.

Not one single ten, but two eights?! I’m trying hard to think of one flaw let alone enough to knock it down two points. We’re off to a terrible start.

Ok. One guy sure loves racing. F-Zero is a great game and was quite influential but two perfect scores?

This average ninja would end up in an average RPG on the N64 (failing to fill the void Square left when they took Final Fantasy to Sony).

Legendarily difficult. It brought the dark frustrations from the 8-bit era.

Ocarina of Time would go on to get Famitsu’s first-ever perfect score but Link just about nailed the perfect 40 with this effort. Probably deserved it here as well. A masterpiece that holds up today.

A seven?! I still prefer this version to many of the 3D iterations. Tight controls and a lack of cheap items make it refreshing to go back to.

Again all over the board. Must have been Slippy that barrel-rolled that seven.

I’d love to know what the guy giving sevens thinks is a ten. Neato fact: Secret of Mana was intended for the Nintendo Playstation and part that didn’t make the cut for cartridge ended up as Chrono Trigger.

Heralded by many as the GOAT. Far from in Japan apparently.

One of the GOATS. It’s scary what this game coaxed out of the hardware.

There you have it. How did they stack up compared to your rankings?

Let us know in the comments below.