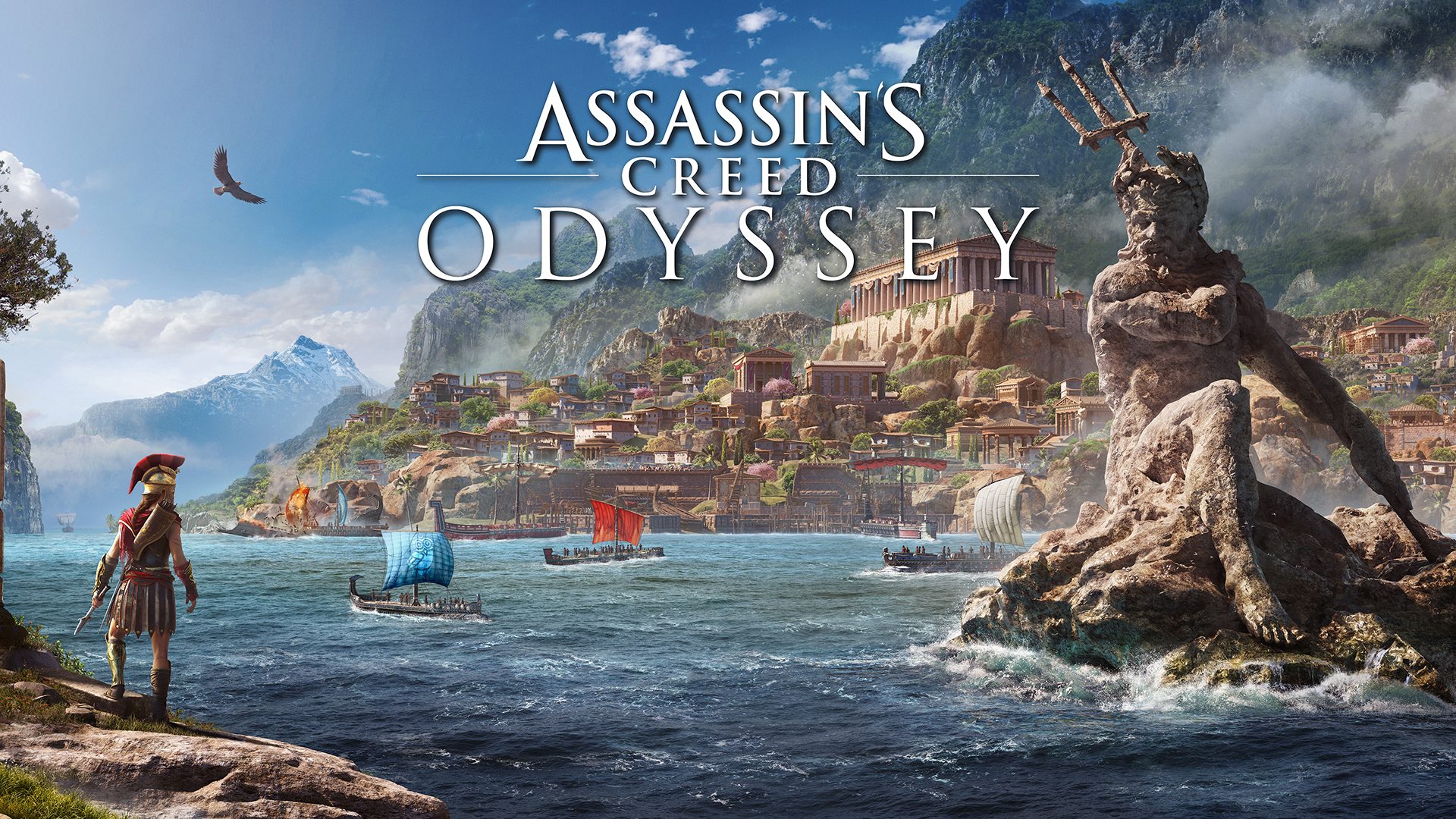 Fresh off the critical success of Assassin’s Creed: Origins, Ubisoft didn’t miss a beat before releasing their new open world RPG approach to the Assassin’s franchise with the latest instalment in the series, and boy, is it a big one. Assassin’s Creed: Odyssey launched on the 5th of October for Windows PC, Xbox One, and PS4, bringing us an assassin’s experience like never before. With a map bigger than that of its predecessor, more side quests than you can shake a stick at, and possibly the most immersive open world to date, Ubisoft pulled out all the stops for their latest edition to the franchise. Before you take my word for it though, let’s take a look at what Assassin’s Creed: Odyssey brings to the table and if it truly delivers the Homeric odyssey that it promises (spoilers: it does).

First off, let’s take a minute to talk about how ridiculously huge this game is. After playing for over 40 hours I still hadn’t explored every island and polis that Assassin’s Creed: Odyssey has to offer. The environment is absolutely beautiful, ranging from green mountain ranges to volcanic islands. The map is at first quite intimidating if you’re a completionist like me, but once you get stuck in you’ll soon realise that the sheer volume of things to do and explore is one of Odyssey’s greatest strengths. Unsurprisingly given the size of the map, this game is pretty demanding to run. I did have a few issues with lowered textures on occasion and a few crashes when playing on the original Xbox One. I think it’s a sad fact of life that the original consoles are reaching the limit of their performance with these newly released, performance demanding games. With that being said, it didn’t really lower my enjoyment of the game, even with the texture issues and the occasional crash Odyssey is still up there with some of the most beautiful games I’ve ever played. There are question marks and viewpoints everywhere, but rather than feel excessive they’re very nicely spaced out, really utilising the topography of the landscape to stop it from feeling too crowded. Wild animal encounters and warring Athenian and Spartan soldiers also litter the landscape and towns, making the world feel very alive and responsive to your actions as a player.

Odyssey uses the same minimalistic UI as Origins, meaning you can truly appreciate just how beautiful this game is since your screen isn’t cluttered with quest markers and mini maps. Speaking of which, there are now different options for approaching the game’s UI. When starting Odyssey, the game asks you to pick your difficulty setting as well as how much you’d like it to help you out. If you pick the explorer option, the way Odyssey was intended to be played according to the developer, then quests rarely show you where to go and instead describe the general location. As someone who goes around and unlocks all the question marks and fast travel points immediately after arriving to a new area, this meant I was rarely stumped looking for the location of a quest. If you happen to have already discovered a specific location that a quest wants you to go to, then you’ll see a quest marker on your map indicating the exact location. I haven’t really noticed a huge difference between this mode and how quest markers worked in Origins, but it’s nice that the game doesn’t want to hold your hand too much.

Like it’s predecessor, Assassin’s Creed: Odyssey features a skill tree, along with two separate ways of tracking certain types of people throughout the world (I’m being vague here to avoid spoilers), making it much easier to track unsuspecting mercenaries or other enemies. Speaking of mercenaries, you can now climb the ranks of paid thugs in Greece by tracking and killing mercs who are in a higher tier than you, or you could always just do something very illegal and wait for them to track you down instead. In addition to the Philakes style travelling enemies, your eagle companion Ikaros makes his debut as your eyes in the sky and works much in the same way that Senu from Origins did. These along with naval battles are a few examples of how mechanics introduced in Origins have been expanded and reused in Odyssey, which makes it clear that Ubisoft have been paying attention to what worked and what doesn’t in their past games. Armour and weaponry is also pretty much the same as the last iteration of the series, but if it ain’t broke don’t fix it. What is totally new to the whole series, however, is the introduction of a save system. Not only can you have multiple save files for one play through, you can also quick save. The game still autosaves frequently, but you can quick save whenever you’re in an unrestricted area and not in combat, which seriously comes in handy if you want to quickly reload a botched stealth mission. I was at first pretty sceptical about this new feature, but it is actually much handier than replaying an entire mission if something bad happens. It also makes sense when you consider that your actions now have consequences in the game, allowing players to reload a dialogue choice or quest approach if they don’t want to face the music.

Speaking of choices having consequences, since it was revealed that players will get the choice of playing as one of two siblings, internet debates have raged on trying to decide who is the best protagonist. Whether you have a preference or not, it’s undeniable that both the voice actors for Kassandra and Alexios give great performances and bring these characters to life. I played through the game as Kassandra, but I was very pleased to see how much effort went into making both characters feel fully fleshed out.  It would have been easy for Ubisoft to make a reskin of Alexios (think the female characters on GTA V Online), but Kassandra is a character in her own right. The level to which you can role play as your protagonist, whoever you choose, is fantastic for a game series which has traditionally focussed on more linear quests. The endings also change depending on what choices you make, you can take different approaches to quests, and yes you can romance many NPCs if you sweet talk them enough. The inclusion of dialogue choices is a lot of fun as you can now choose how you approach people in the world. It’s also not as obvious as labelling each choice as good or bad, forcing the player to make tough choices and deal with the consequences. Side quests as well as main story missions give you plenty of choices for you to take charge or (like me) frantically google which one is the nice option.

I rarely get to play a game these days that I can honestly say I wouldn’t change anything in, and for better or worse Assassin’s Creed: Odyssey is consuming my life to the point that I can’t put it down. There’s still so much left to say about the game, and I haven’t even mentioned the historical significance of the setting or your character’s influence in the world. With only very minor technical complaints, Ubisoft have managed to improve upon one of my favourite games and take it even further than I had anticipated. While it seems as though both Kassandra and Alexios play very similarity with the same story, I would still say that Assassin’s Creed: Odyssey definitely has some replay value as well. With an endless list of things to do in this game, I honestly can’t recommend this enough to both long time fans of the Assassin’s Creed franchise and to new gamers. If you’re looking for an engaging and huge open world RPG with compelling characters and stories, then Assassin’s Creed: Odyssey is absolutely the game for you.